Ghana Web
“The hullabaloo surrounding my exit from the National Democratic Congress (NDC) will make a good script for a theatre stage drama,” social commentator and former Central Regional Chairman for the NDC, Allotey Jacobs has said.

This comment by the astute politician follows his exit from the opposition NDC.

The NDC on 23rd March 2021 issued a statement announcing that it had sacked Allotey Jacobs from the Party.

The statement signed by the General Secretary for the Party, Johnson Asiedu Nketia, said that its disciplinary committee found Mr Jacobs guilty of allegations of misconduct and anti-party conduct brought against him.

“The Committee’s report which is herein attached for your attention found you guilty of the said allegations of misconduct, anti-party conduct and recommended among other things your immediate expulsion from the party.

“The Functional Executive Committee acting in compliance of Article 48(1) of the NDC Constitution has unanimously adopted the report and accepts fully its recommendation for your immediate expulsion from the party,” the statement read.

Commenting on the development with Kaakyire Ofori Ayim on Atinka FM’s AM Drive, Allotey Jacobs questioned how someone who had already exited a party could be sacked.

” My exit from the NDC is the new drama and I want someone to stage a drama out of it for all of us to go and watch at the theatre. They want people to believe that I was sacked, but all I know is that I sacked myself “, he added. Read Full Story
Advertise Here contact ads[@]ghheadlines.com
Related Items news
news 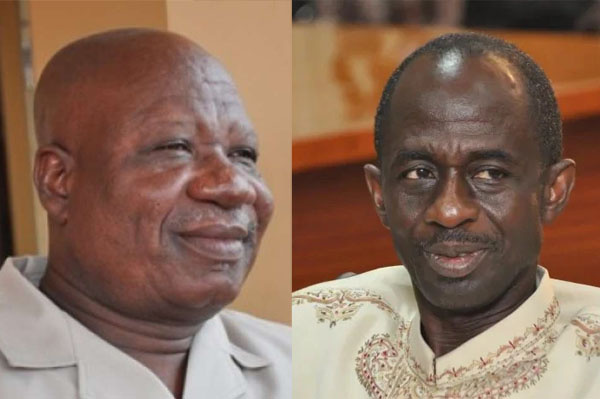 Dismissal of Allotey Jacobs a blessing to NDC - MP

Dismissal of Allotey Jacobs a big blessing to NDC - MP

NDC Only Endorsed My Resignation – Allotey Jacobs Reacts To Expulsion

Allotey Jacobs breaks silence after being sacked from NDC