The National Economic Council (NEC) has asked Nigerians to prepare for an economic recession induced by the raging COVID-19 pandemic across the globe.

It, however, assured the citizens that tested measures and strategies had been put in place to ensure the country’s early exit from the crisis.

After the NEC first virtual meeting in Abuja, yesterday, the minister of Finance, Budget and National Planning, Zainab Ahmed, said that it was clear from all economic indicators that Nigeria would go into recession.

Ahmed told State House correspondents that the meeting which was presided over by Vice President Yemi Osinbajo at the Presidential Villa had worked out modalities to ensure that the situation was salvaged early enough by the government.

Chaired by the vice president, NEC comprises all the 36 state governors, the FCT minister, fiancé minister, the Central Bank of Nigeria (CBN) governor and other top officials of the federal government.

According to Ahmed, the global economy was facing the sharpest reversals since the Great Depression and this had both health as well as economic consequences.

She noted that COVID-19 had resulted in the collapse of oil prices, stressing that this would impact negatively on the federation’s revenues and foreign exchange earnings.

The minister explained that the economic growth in Nigeria, that is the GDP, could in the worst case scenario, contract by as much as –8.94% in 2020.

“The National Bureau of Statistics (NBS) has made an assessment that Nigeria will go into a recession measuring at an average of -4.4 per cent.

“But with the work that the Economic Sustainability Committee is doing, bringing stimulus packages, we believe that we can reduce the impact of that recession. And if we applied all that have been proposed and we are able to implement them, we may end up with a recession that is -0.4 per cent.

“In any case, we will go into recession but what we are trying to do is to make sure that it is shallow so that we will quickly come out of it come 2021, “ she explained.

On the risks of reopening the economy, she said that “this is a very difficult time because the challenges we have now are double. There is health challenge, there is an economic challenge.

“Even as we are addressed the current health challenge, we still have to look at how we can support the economy so that it does not fall into a depression,” the minister declared.

She further said that “we have to feed the people and you can only feed the people if they go out and farm. We are a very large population, we don’t want to take the risk and we don’t have enough funds to cushion the effect.

“We have seen globally countries opening up gradually. We have done two weeks circle of partial opening and we are in another two weeks; that is a process of learning. There is a regulation for a requirement to wear a mask, there is still an encouragement for everybody to practice social distancing and all of us have to be responsible and own this process.

“But it is possible for us to stay permanently locked up and expect to address only the health crisis because even as we addressed the health crisis, other crises are springing up, other health conditions (like you have said) immunisations are not being addressed.

“ So, we are having a complex situation, we don’t have to open up every sector but we are going to open in a manner that is responsible to make sure that as much as possible the health risk is mitigated,” she stated.

NEC Sets Up Committee For Reopening Of Economy

Meanwhile, NEC has set up a committee of seven to work with the Presidential Task Force on COVID-19 on how to effectively and efficiently reopen the economy after the lockdowns and shutdowns across the country.

NEC also resolved to ensure a more effective synergy between the federal government and the sub-nationals especially in matters related to the fallouts of the COVID-19 pandemic.

In a statement issued by the vice president’s spokesman, Laolu Akande, he said that the committee to be led by Delta State governor, Dr Ifeanyi Okowa, has other members as the governors of Lagos, Kano, Bauchi, Anambra, Plateau, and the FCT minister.

He said the committee would ensure that there would be a more effective collaboration and coordination between the federal government’s Presidential Task Force and the states of the federation including the FCT.

Ahmed (finance minister) has said that her ministry reported to NEC the funds in three special accounts.

She said that “In the Excess Crude Account; we reported that at 21st May, 2020, the balance of $72.04 million. We also reported that in the Stabilisation Account we have as today a balance of N39.337 billion.

“In the Natural Resource Development Fund Account, we have a balance of N125.19 billion,” she said.

In related development, the federal government has said that net oil and gas revenue and influx to the Federation Account in the first quarter of 2020 amounted to N940.91 billion.

The amount, she said, represented a shortfall of N125. 52 billion or 31 per cent of the prorated amount, that was supposed to be realised at the end of that first quarter.

To prevent a deep recession arising from the COVID-19 economic crisis, the orthodox approach all over the world, which is also in the works in Nigeria, is to deploy a stimulus package, the minister said.

The minister explained that President Buhari had established structures to respond to the COVID-19 pandemic in Nigeria which are the Presidential Task Force on COVID-19, the Crisis Management Committee and the Economic Sustainability Committee.

“The World Bank planned a proposed package for immediate fiscal relief for the federal government.  This will also involve policy-based policy budget support for the government, focusing on measures to maintain macro financial stability and create fiscal space for proposed stimulus.

“The World Bank package has also a proposal of $1.5billion for the states and this package will be dedicated to them.  And it will be a programme for results which the states are used to implementing.

“So, the proposed $1.5billion plan will by the end of September be disbursed to the states.  We are looking at an average of between N150billion to N200billion based on the plan of the 36 states,” she added.

Meanwhile, the Lagos State Executive Council has approved a revision of its 2020 budget to help mitigate the economic and social upheavals precipitated by the coronavirus pandemic on the state.

The commissioner for Economic Planning and Budget, Mr Sam Egube, who revealed this to journalists, said that the review proposal aims to reduce the budget to N920.5 billion as against N1.169 trillion earlier approved by the state legislature.

The Lagos State House of Assembly had in December 2020 passed N1.169 trillion 2020 Appropriation Bill for the state. 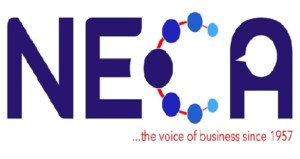 COVID-19: How Nigeria can cope with looming recession — NECA

Prepare for the inevitable, now!

What government won’t tell you about recession (3)

What Govt won’t tell you about recession – (4)

What government wont tell you about recession (5)

Before Nigeria slips into another recession

Breaking: Another round of recession looms in Nigeria.