The Presidency yesterday spurned claims of skewed appointments by former Military governor of Kaduna State, Col Dangiwa Umar (rtd), saying it is the South West that controls the lion share of the President Muhammadu Buhari’s appointments.

Umar had, in an open letter, drawn the attention of the president to what he called the dangers of skewed appointments and the need for him to fulfill his promise of belonging to all.

But a top presidency source who spoke to LEADERSHIP last night said there is no iota of truth in the allegation of skewed appointments contained in the open letter by Umar.

The impeccable source who did not want his name in print noted that out of the 190 appointments made by the president, the South West has 64, constituting 33.7 per cent, followed by North West with 37 appointments, which is 19.5 per cent of the entire appointments.

“I would have expected that before people make such weighty allegations, they would have made even minimal research to back their claims with statistics”, the source added.

In an open letter dated 30th May, 2020 and titled, “Mr President Please Belong to all of us”, Umar began his letter with a quote by Sheikh Usman Dan Fodio, that “One of the swiftest ways of destroying a Kingdom is to give preference of one particular tribe over another or show favor to one group of people rather than another”.

He recalled how he had counseled President Buhari in 2019, shortly after he was declared winner, to use the opportunity of his second term to redeem his pledge of being a leader and president of all Nigerians.

Faulting Buhari on appointments, Umar said, “Mr President, you have often expressed the hope that history will be kind to you. It is within your competence to write that history. But you have less than three years in which to do it. You may wish to note that any authentic history must be devoid of myth. It will be a true, factual rendition of the record of your performance.

“And truth be told, Mr. President, there are quite a lot of things that speak to your remarkable accomplishments, not least of which is that for the first time in our democratic history, a sitting President was defeated. That feat was achieved by Muhammadu Buhari. The reason was the people believe in you as a man of integrity.

“The corollary to this is that at the expiration of your 8-year tenure in 2023, your achievements will not be measured solely by the physical infrastructure your administration built. An enduring legacy would be based on those intangible things like how much you uplifted the spirit and moral tone of the nation. How well have you secured the nation from ourselves and from external enemies?

“At this time and in the light of all that have happened since you took office, any conversation with you Mr. President cannot gloss over the chaos that has overtaken appointments into government offices in your administration. All those who wish you and the country well must mince no words in warning you that Nigeria has become dangerously polarised and risk sliding into crisis on account of your administration’s lopsided appointments which continues to give undue preference to some sections of the country over others. Nowhere is this more glaring than in the leadership cadre of our security services.

“Mr. President, I regret that there are no kind or gentle words to tell you that your skewed appointments into the offices of the federal government, favoring some and frustrating others, shall bring ruin and destruction to this nation.

“I need not remind you, Mr. President, that our political history is replete with great acts of exemplary leadership which, at critical moments, managed to pull this nation back from the precipice and assured its continued existence”.

“She appears eminently qualified for appointment as the substantive Chief Judge of the Court of Appeal as she is also said to be highly recommended by the National Judicial Council. If she is not and is bypassed in favor of the next in line who happens to be another northern Muslim, that would be truly odd. In which case, even the largest contingent of PR gurus would struggle to rebut the charges that you, Mr. President, is either unwilling or incapable of acting on your pledge to belong to everyone — and to no one”.

“I hope you would see your way into pausing and reflecting on the very grave consequences of such failure not just to your legacy but to the future of our great country.” 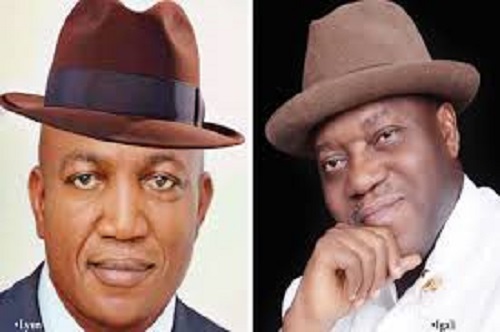