The Nigeria Security and Civil Defence Corps (NSCDC),Ondo State Command, has refuted the claim that it killed a suspect, Mr. Rasak Ahmed, in its custody, who was arrested for having carnal knowledge with his 8 years old daughter in Akure. Mr Samuel Oladapo, the command’s Public Relations Officer, made this known while speaking with the […] 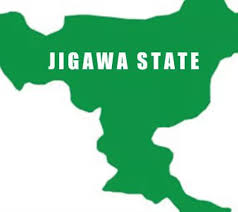 I suspect inside maneuvering in killing of Okpanam vigilante chair, secretary ― HRM Ogbolu