A 72-year-old retiree, Mr Funsho Amos, has lost his marriage for starving his wife of sex for three years.

An Igando Customary Court, in Lagos, on Tuesday granted the request of Mrs Ayo Amos, seeking dissolution of her union to Funsho on the grounds of sex starvation and irreconcilable differences.

The court president, Mr Adeniyi Koledoye, while delivering the judgment, said it appeared that the estranged couple was tired of the marriage and all efforts to reconcile both parties had failed.

“Since both parties consented to the dissolution of their marriage, this court has no choice than to dissolve the marriage.

“The court hereby pronounces the marriage between Mrs Ayo Amos and Mr Funsho Amos dissolved today; both of you henceforth cease to be husband and wife.

“Each of you should go on his or her separate ways unmolested, the court wishes both of you well in your future endeavours,” Koledoye ruled.

The News Agency of Nigeria (NAN) reports, that the 40-year-old businesswoman, Ayo, had earlier approached the court to end her nine years old marriage over sex denial.

“My husband denied me sex for good three years without any reason and he knew that I needed a child,” Ayo said.

The petitioner told the court that the respondent humiliated her because she was yet to have a child for him.

“My husband told me to pack out of his house saying that I am a barren woman and cannot bear children.

“He told me to get another man, that he is no longer interested in me.

“Funsho refused to pay our house and shop rents when both expired, and ordered the landlord to eject me from the house; which the landlord complied with.

“I begged him, even when my family members called him to know if I have offended him in any way, he told them that he was no more interested in me,” Ayo said.

The petitioner said that in August 2018, she begged her husband to divorce her after sending her out of their matrimonial house, but he refused.

“I pleaded with him to divorce me so that I can move on with my life because age is no longer on my side, but he refused.

“He said that no man can marry me again that any woman he had slept with can never get married again, so there is no need for him to divorce me,” she said.

Ayo urged the court to terminate their marriage which had not produced any child so that she can move on with her life.

“I have wasted nine-years with him without achieving anything, please divorce the union,” she pleaded.

The respondent, however, conceded to the petitioner’s request for the dissolution of their marriage, saying that he was no longer interested in the union.

“I do not love her anymore, please the court, grant her request for the dissolution of our marriage.

“I have six children, some are abroad. I do not even need a child from her,” Funsho said. (NAN) 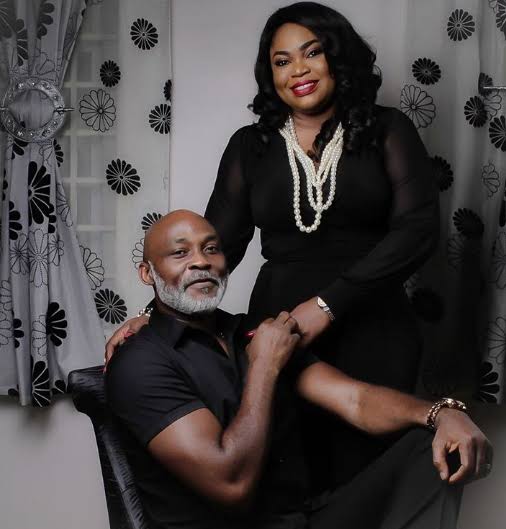 RMD praises wife as they celebrate 19 years of blissful marriage

She left me since 1988, 75-year-old man prays court to dissolve marriage