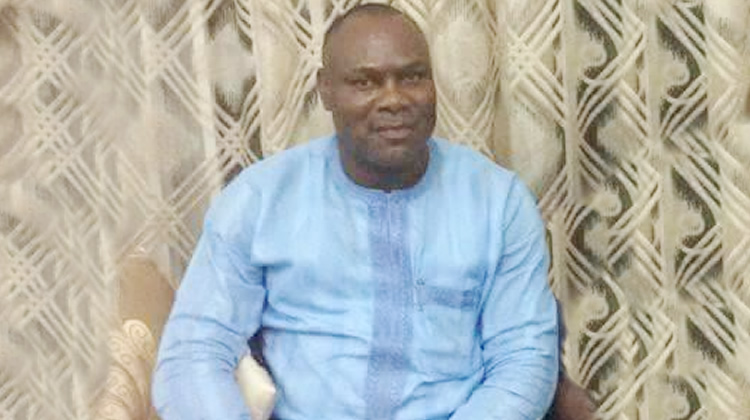 The All Progressives Congress in Ekiti State has challenged security agencies to fish out the killers of a commissioner in the Federal Character Commission, Bunmi Ojo, and prosecute them.

Ojo, a former Personal Assistant to ex-governor of Ekiti State, Segun Oni, was shot dead by unknown assailants at a football viewing centre around Ajitadidun area in Ado Ekiti on Friday night.

The deceased had gone to watch an English Premier league match between Manchester United and Leicester on Friday night with some of his friends.

Shortly after settling down to watch the  match, eyewitnesses told our correspondent that six gun-wielding men invaded the centre and shot him in the head and stomach at close range.

His remains have been deposited at the morgue of the Ekiti State University Teaching Hospital, Ado Ekiti.

The Publicity Secretary of the APC, Taiwo Olatunbosun, in a statement rued the untimely death of the APC chieftain, describing it as “a brutish end to a blossoming life and career.”

Describing Ojo as a personal friend and an amiable personality who would not hurt anyone, Olatunbosun said his death was a personal loss to him and everyone who was close to the deceased.

“Those who knew Bunmi (Ojo) cannot but like him, he was an easy-going and upright politician who cultivated friendship in both high and low places, which endeared him to many people.

According to him, his death could not be far from the political machinations of “a devilish politician” in the state.

“We will not rest until the assailants are fished out. This is a test of efficiency for the police and other security operatives,” Olatunbosun added.

Another member of the APC, who spoke on condition of anonymity, said Ojo’s death might not be unconnected with his ambition to contest the Ekiti North Federal Constituency II in the House of Representatives.

The Federal Constituency is comprised of  Ido/Osi, Ilejemeje and Moba Local Governments.

The Police Public Relations Officer in Ekiti, DSP Caleb Ikechukwu, could not be reached for comments.

Several calls to his phone by our correspondent were not picked.

However, the Ekiti State Governor, Ayodele Fayose, has condemned Ojo’s murder, calling on security agencies to arrest and prosecute the killers.

Fayose, in a statement issued on Saturday by his Special Assistant on Public Communications and New Media, Lere Olayinka, condoled with the families, friends and political associates of the deceased, praying that God would console and uphold the wife and children.

“The manner in which Bunmi Ojo, a commissioner in the Federal Character Commission and strong ally of Chief Segun Oni was killed is a demonstration of the extent some devilish people can go to settle scores with their fellow men and the security agencies must not add this gruesome murder to the diary of unresolved murders in Nigeria.

“On the part of the state government, all necessary assistance will be provided for the security agencies to aide thorough investigations of the murder and arrest of the perpetrators,” the statement said.

The governor, who called for vigilance among residents of the state, lamented that the peace enjoyed in the state since he assumed office on October 16, 2014 had been shattered since May, claiming the APC returned with its do-or-die politics.

Also, the Media Office of Ekiti State Governor-Elect, Dr Kayode Fayemi, has commiserated with the family of the late Ojo.

A statement by the Director of Media and Publicity, Wole Olujobi, expressed shock and sadness over Ojo’s murder, describing it as a sad commentary that shattered the relative peace the state had been enjoying after the July 14 governorship poll.

While commiserating with the family of the late politician, Fayemi charged security agencies to live up to their responsibility to get to the root of the killing and bring perpetrators to justice.

“Security agencies are enjoined to swing into action to apprehend the perpetrators of this heinous crime to check the activities of criminals in Ekiti State.”

COVID-19: Ekiti to have its testing centre this week ― Fayemi

APC congratulates Gambari on appointment as Buhari’s Chief of Staff