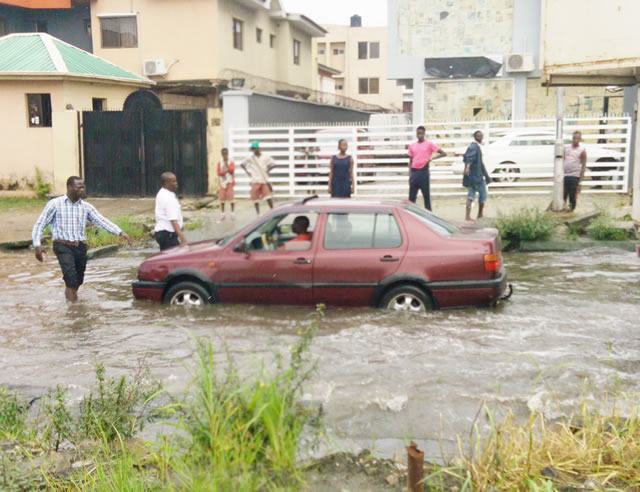 No fewer than four persons including a visually-impaired man and an 11-year-old boy have reportedly drowned as at least six local government areas in Delta State have been affected by the ravaging flood.

The local governments worst hit by the flood are Ndokwa East, Oshimili South, Burutu, Ughelli South, Patani and Bomadi, which are located along the bank of the River Niger.

Our correspondent gathered on Wednesday that the blind man, believed to be in his sixties, was said to be fleeing his home which had been submerged by flood when he reportedly drowned.

The victim, who lived around the Powerline, a suburb of Asaba, the state capital, allegedly drowned when the wooden boat he was travelling with capsized.

An eyewitness, Emma Ekube, who confirmed the incident when Governor Ifeanyi Okowa visited the Ogbe-Afor Primary School, Asaba, one of the Internally Displaced Persons camps, however, said two children of the deceased survived the incident.

Ekube, who is the Secretary of the Powerline Community, revealed that the entire area had been submerged by the flood from River Niger, adding that most of the victims were reluctant to vacate the place and move to the IDP camp so as to protect whatever was left of their property.

He said, “A man lost his life there. The boat he was using to come out from his house to escape from the flood capsized. He was trying to come out from the water. His two children who were with him survived. The drowned man was blind and he should be in his sixties. It happened four days ago.”

He disclosed that the community was also affected in the 2012 flood in the state.

While confirming the incident, the Incident Commander of the National Emergency Management Agency for Delta and Anambra states, Walson Ibarakumo Brandon, disclosed that information available to him indicated three persons including the 11-year-old boy drowned as a result of the flood.

He stated that to ameliorate the suffering of the victims, NEMA in collaboration with the Delta State Government had established six IDP camps in Ozoro, Asaba, Kwale, Aradhe and Illah.

“The affected communities keep increasing on a daily basis but right now what we have captured are six LGAs. Some local governments are partially affected. We don’t have the figures of the communities affected because of the increasing numbers.”

Okowa, who visited some of the affected areas in Oshimili South local government areas, described the flood situation as terrible, saying that the government did its best to rescue those still trapped in some communities affected by the flood.

Speaking at the Palace of the Okaku of Oko Amakom, HRM Nwanodi Nwanmou, Okowa said, “This is an emergency situation, move the buses to the communities, use speedboats where necessary and comb all the impacted communities, bring out any of our persons remaining in those communities to the IDP camps.

“From what we have heard, the flood water is rising, you can see that apart from Oko Amakom, the other communities have been submerged; it is an unfortunate situation, thank God we embarked on an early awareness campaign and our people listened,” the governor stated.

“With the situation of things, it is very important that we save lives, we have deployed men and resources to other impacted communities and those communities that were affected by the flood of 2012 but have yet to be affected by this flood, we have to be proactive in this emergency situation.”

The governor who was accompanied by members of the State Security Council assured the community leaders that government would compensate them for their losses after the flooding.

Also speaking, the Director-General, NEMA, Mustapha Maihaja, put the casualty figure resulting from flooding in different parts of the country at 101.

At least, 10 local government areas of Kogi State have been submerged by the floods.

COVID-19 in Nigeria: Police arrests three priests, others in Delta

COVID-19: Three Imams in trouble for flouting lock down order in Borno