THE World Health Organisation (WHO) has said there are â€œencouraging signsâ€ that Nigeriaâ€™s positive action in fighting the Ebola virus can stop further spread of the deadly disease.

â€œThe intensity of the search and monitoring effort raises cautious optimism that further spread of the virus in Nigeria can be stopped.

â€œThe search for additional cases continues, as does the current high level of vigilance,â€ the body stated.

Alongside Nigeria, out of all the West African countries, WHO also gave a ray of hope to Guinea Republic in being able to stop the virus spread with positive action targeted at fighting the scourge.

The world health body, on Tuesday, said death toll as a result of the Ebola outbreak in West Africa has reached 1,229, though it lauded â€œencouraging signsâ€ from Nigeria and Guinea in tackling the deadly disease.

The WHO said the death toll increased between August 14 and 16, as 113 new cases were reported, raising the total number of cases this year to 2,240.

The information, according to the WHO figure, came from Guinea, Liberia, Nigeria and Sierra Leone, the four West African countries hit by the virus.

Despite the rising death toll, the WHO said situation in Lagos, Nigeria, where the first case was detected in July, â€œlooks reassuring.

â€œAt present, the 12 confirmed cases in Lagos are all part of a single chain of transmission. Those infected by the initial case include medical staff involved in his treatment, a patient in the same hospital, and a protocol officer in very close contact with the patient.â€

The Cable Network News (CNN) quoted WHO to have said in a report that: â€œNo one on the same flight as the man who carried the infection into the country on July 20 was infected, despite him vomiting frequently on the flight and on arrival. The man died July 25 and the 21-day incubation period has now passed.

â€œIntensive efforts to track those at risk have not turned up any new cases outside the 12 identified.
â€œOne of those 12 has made a full recovery,â€ the WHO said, adding that the development â€œcounters the widespread perception that infection with the Ebola virus is invariably a death sentence.

In Guinea, the situation is â€œis less alarmingâ€ than in Liberia and Sierra Leone, the WHO said, adding that this was made effective by higher awareness and innovative efforts to contain the spread of the virus.

Despite the positive signs, the WHO warned that the outbreak was not under control and that progress was fragile, with a real risk of another flare-up and the continued spread of the disease.

The WHO, on Monday, called on the affected countries to carry out exit screenings of travellers at international airports, seaports and major land crossings.

But it said it did not currently recommend travel restrictions and active screening of passengers on arrival in countries that did not have borders with the affected countries.

HEALTH authorities in Germany, on Tuesday, quarantined a 30-year-old Nigerian woman, who reportedly showed symptoms consistent with the Ebola disease.

Dozens of other visitors and staff at a Berlin employment office building were also stopped from leaving for several hours, as emergency services sealed off part of the street.

The Bild daily newspaper said the woman had fainted, adding that she later said she had recently been in contact with people infected with Ebola.

Several people who had been with the woman inside the building in the northeastern district of Prenzlauer Berg were taken to hospital for testing.

He said the testing in the cityâ€™s Charite hospital would take some time.

â€œThe patient was isolated inside the ambulance, the staff took the appropriate protective measures. An emergency medic, the public health officer, arrived and the necessary precautions were taken,â€ he added.

CAMEROON has closed all its borders with Nigeria, in a bid to halt the spread of the Ebola virus, state radio said on Tuesday.

â€œThe government has taken the decision to protect its population, because it is much better to prevent than cure the Ebola virus,â€ Minister of Communications and governmentâ€™s spokesman, Issa Tchiroma Bakary, told Reuters, on Tuesday. 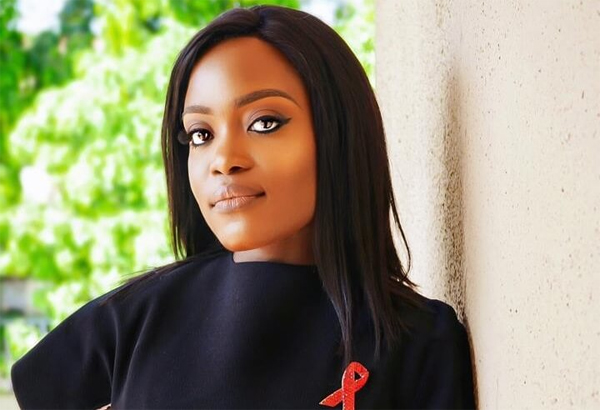 CORONAVIRUS: Nigeria’s situation may worsen if… —Oreh, doctor who helped to stop Ebola

Still no proof coronavirus can be spread by touching objects ― WHO

Still no proof coronavirus can be spread through surface contact – WHO

Mistrust and black market flourish in Nigeria as virus spreads

Ebola: 200 contacts vaccinated in DRC — WHO

COVID-19: Nigeria can champion cure for virus if… NAAT