Rubbish matter: How refuse crisis will shape next election —Residents

Rubbish matter: How refuse crisis will shape next election —Residents

SEGUN KASALI gathers opinions of Lagos residents on the vexed issue of refuse gathering and how it may shape electing a successor to outgoing Governor Akinwunmi Ambode.

AGAINST all odds, the issue of refuse disposal with the lingering crises trailing it in Lagos State has developed a life of its own and those who felt it could be the major campaign issue in the next year election to get a replacement for outgoing Governor Akinwunmi Ambode were probably proved right when the majority of the state dwellers were reluctant in standing up for the governor during his travails at the hands of leaders of his political party. Apart from using the vexed issue as an official reason to deny the governor a second term, the much-criticised policy of the current administration on waste disposal almost earned him a premature exit from office and the sword of Damocles being dangled over the governor by the state House of Assembly is yet to be completely removed.

Following the capitulation of the governor by agreeing to review the policy of placing the job of clearing refuse in the state in the hands of a foreign firm, Saturday Tribune went to town to feel the pulse of everyday Lagosians and the verdict was damning for the outgoing administration. They also collectively reasoned that effective clearing of waste at their backyard may become the most important factor in backing any of the candidates currently jostling to replace the outgoing governor.

Dosunmu: Of course, yes, it should be treated with emergency because Lagos State is a special one and it should be given its already-known status, which is what makes it different from others. Lagos State is known for cleanliness and we should hold on to this with high esteem. For me, the issue of refuse should be attended to with immediate alacrity.

Saturday Tribune: Will it change the way you will vote next year?

Dosunmu: It is part of it but the most important thing must be done because, as they say, cleanliness is next to godliness and, as a matter of fact, Lagos State is one among all and every attempt should be made to maintain its status.

Dosunmu: They should allow the private participants, PSP, in conjunction with Visionscape.

My name is Abigail Ocheibi, a resident of ikeja.

Ocheibi: It should, for health reason. You will find out that most of the drainages are blocked and so you have flooding everywhere. Sanitation is not being observed properly and when you look at the previous administration, you will see that Lagos is dirtier, compared to when [Babatunde] Fashola was in power.

Saturday Tribune: Will it change the way you will vote next year?

Saturday Tribune: What is the way out?

Ochebi: There was nothing wrong with way Fashola was handling it. So, if Ambode can build on how Fashola did it, I think we will be making progress.

My name is Adeniran Remilekun. I stay in Ikorodu.

Adeniran: Yes, because it is an emergency. It should be treated as an emergency because most areas, streets in Lagos look messy. For example, on my street, the waste management people didn’t come for over two months. We had to pay a truck to evacuate our refuse. We had no choice because my street was already looking like a refuse dump.

Adeniran: Definitely, it will

Saturday Tribune: What’s the way out?

Adeniran: They should go back to the conventional way of disposing refuse, which was the use of PSP who came every week to dispose it. Simple!

My name is Olamide Sanusi. I reside at 12, Evans Street Lagos Island.

Sanusi: Yes, it is an issue to be dealt with as a matter of urgency.

Sanusi: A part of if it will inform the way to vote in the upcoming election in Lagos State. I think this is personal. Thank you.

Saturday Tribune: What’s the way out?

Sanusi: You know, Lagos is big, considering the population. What I think should be done is to adopt the former way of dealing with our refuse but in a modern manner.

My name is Oluwatobi Ruth. I reside in Idado, Lagos Island.

Oluwatobi: Yes, it should, because everywhere you go, is dirty, especially in Obalende, where I pass through every day. Everywhere smells; Lagos is very dirty.

Oluwatobi: I don’t care who is there, because I am not so interested in politics.

Saturday Tribune: What is the way out?

Oluwatobi: I prefer PSP because they pay more attention to the refuse, compared to the so-called modernised one, Visionscape.

Emmanuel: Yes. Immediate attention should be shifted to the way refuse is being dumped on the streets of Lagos. This situation is bad; it is a threat to human race.

Emmanuel: I personally think BRF, former governor of Lagos State, was active enough with some of the policies he introduced to tackle this bad situation that is gradually eating at the beautiful people of Lagos.

My name is Okunade Adekunle. I reside in Ejigbo LCDA.

Saturday Tribune: Should refuse issue be an emergency?

Adekunle: Yes, of course. It has gone beyond control and so there is the need for the Lagos State government to act fast on how the refuse can be evacuated as the health of the residents is in danger. It needs an Wemergency approach so that Lagos would be back to its clean environment, which it was known for.

Saturday Tribune: Will it inform the way you will vote next year?

Adekunle: Well, governance is as dynamic as politics. The responsiveness of the government to this environmental challenge would definitely affect the outcome of the election to an extent but as for me, being an enlightened voter, a single policy deficiency cannot shape my voting behaviour during elections. I will consider many things, not only the refuse issue. I believe that the government has done well in other sectors but failed in its environmental policies.

Adekunle: I believe going back to the PSP strategy would go a long way in addressing the challenge because the PSP strategy had been tested and it worked. So, I think the PSP strategy will be better than modernising the process. If they introduce a modernised process now, some elements would want to personalise the policy again and it would fail like the Visionscape strategy. Government should use the already-working strategy, which is PSP.

Saturday Tribune: Should refuse issue be treated as an emergency?

Ogidiolu: Considering how rubbish is carelessly dropped by Lagosians daily, there is the need to act quickly before it spreads across reputable areas of the metropolis. The previous administrations were more concerned about environmental pollution and proper discard of waste to sanitise the state.

Ogidiolu: This will have an influence on many people’s choices when they are making use of their PVC, especially those who are not going to sell their votes.

Ogidiolu: I think we need to revisit the plan the previous administration employed which ensured proper environmental hygiene for the benefit of the state.

Saturday Tribune learnt that the outgoing administration has been working round the clock to ensure that the issue does not become an albatross for its political platform. An official source disclosed that the committee set up by Ambode to review the controversial policy had been consulting all critical stakeholders in the state’s waste sector following consultative meetings with the PSP operators, the management of the Visionscape, among other things.

The source explained that Oresanya’s appointment was “to help the state government in directing activities of the PSP operators to quickly remove the heaps of wastes in all 20 local government areas and 37 local council development areas.”

It was also learnt that the reason for Oresanya’s choice was because the successes recorded in waste collection in Lagos till 2015 were mainly due to his efforts, while being credited with a clear understanding of the waste sector as he  was involved in the birth of PSP operation in the state.

“It was Bello that started the major environmental reforms in the state under the administration of Asiwaju Bola Ahmed Tinubu. Bello recommended Oresanya from the Ministry of the Environment for the appointment of LAWMA’s General Manager in order to reposition the organisation for the task ahead at that time.

“Oresanya’s recommendation then elicited stern opposition from superior civil servants. They argued that the position of LAWMA’s GM should be held by a level-16 official. On this ground, they faulted Oresanya’s appointment. But his competence and clear understanding of environmental sector spoke for him,” the official said.

The Economist Intelligence Unit, the research arm of the highly-prestigious Economist news magazine that experiments with the set theory every year, selected 140 cities out of hundreds of cities across the world to assess how they are faring as far as quality living is concerned.

According to the outfit, Lagos, in the survey, was motivated by client demand. “Currently, we have a fixed list of cities that we conduct the liveability survey for. The ranking is globally focused on business centres around the world. That is why our survey is global and seeks to quantify tangible challenges to lifestyle according to the same set of criteria across all 140 locations.”

The state has consistently been ranked very low by the research outfit in the last three years of Ambode’s administration to the consternation of the state government which has also consistently faulted the poor rating.

When the last rating was released months back, the Commissioner for Information and Strategy, Mr Kehinde Bamigbetan, had railed against the report, saying “the problem with the report is that the media gullibly swallowed it hook, line and sinker” and misrepresented a survey of 140 cities as a survey of the world’s millions of cities. This hasty generalisation is logically fallacious and calls to question the failure of rigour among the gatekeepers who are responsible for interrogating information disseminated by a company in a bid to sell its product before uploading for public consumption.”

With government now backtracking on the policy faulted by the report and residents, the question is if Bamigbetan would still be maintaining his stance.

The post Rubbish matter: How refuse crisis will shape next election —Residents appeared first on Tribune. 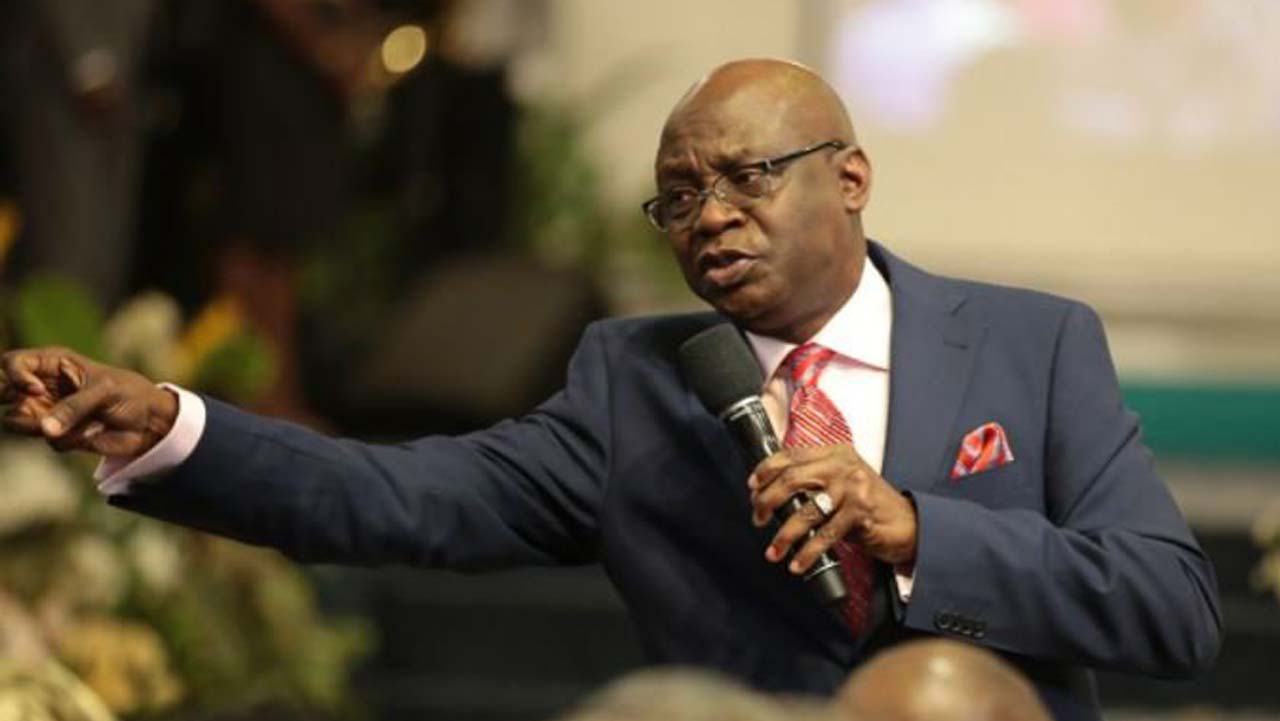 Biafra: What will happen if Igbo produces Nigeria’s next president – BNYL

PDP’s attempt to rubbish our victory will fail ― Kogi govt 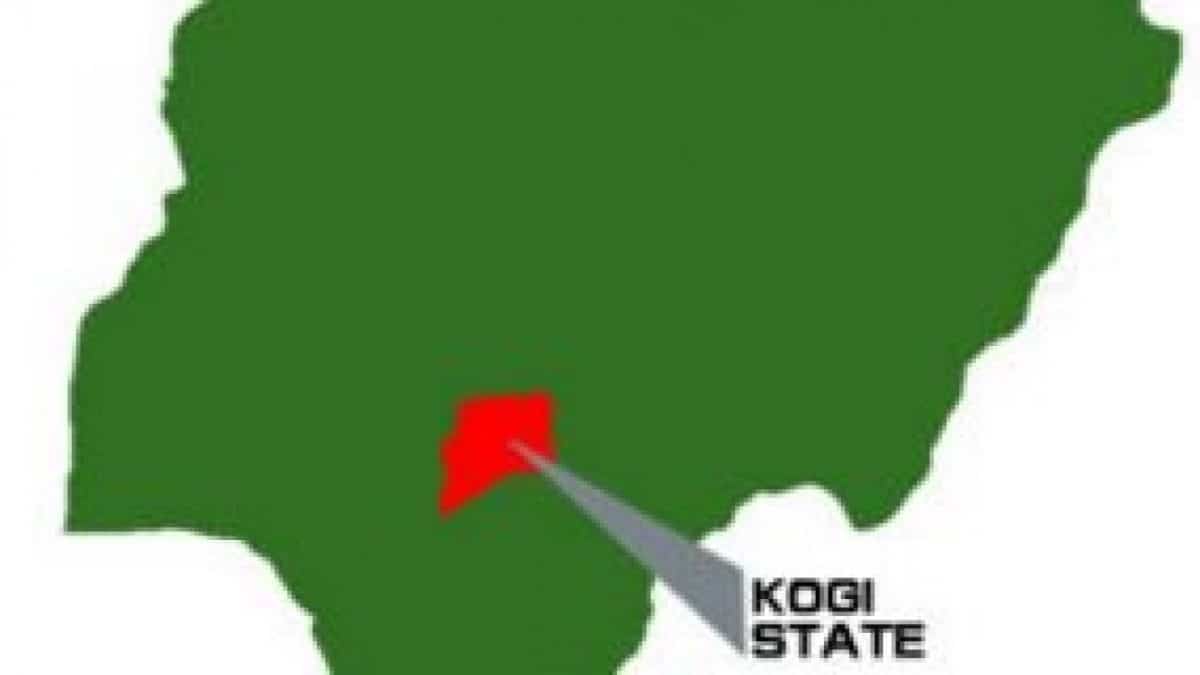 Kogi elections: Whoever brings violence to my kingdom will die before next year – Monarch