The planned sale of public assets

The planned sale of public assets

If all goes according to plan, the Federal Government will, by the end of this year, have sold off 10 or more state-owned companies to select investors and qualified members of the public. According to the Bureau of Public Enterprises (BPE), among the key national assets being prepared for the trading block are NICON Insurance Limited, Skyway Aviation Holding Company, and the Ajaokuta Steel Complex. In addition, other key assets are being prepared for either commercialisation or concession, among them three national parks, the Nigerian Postal Service (NIPOST), six River Basin Development Authorities (RBDAs) and the Afam Power Plant. The sale of NICON and Skyway Aviation alone this month is expected to bring in $797 million, around N289 billion.

Both the Minister of Finance, Mrs Zainab Ahmed, and her Budget and National Planning Ministry counterpart, Senator Udo Udoma, have spoken in defence of the Federal Government’s plan. For Mrs Ahmed, the planned disposal of assets is imperative in order to make up for unexpected shortfalls in government revenue. Similarly, Mr. Udoma points to challenges of revenue generation, arguing that “achieving fiscal sustainability and macro-fiscal objectives of government” demands these decisive measures.

It is the norm for governments everywhere to sell off assets in order to raise cash to fund development projects, and in this regard, the Buhari administration is well within its rights. That said, there are several reasons this move is raising eyebrows, and why leading financial experts are asking the Federal Government to have a rethink. In its 2018 fiscal plan, the Buhari administration had tagged nearly N2 trillion as the amount to be raised from borrowings from both the domestic and international markets in order to fund infrastructure projects. Now, in a complete turnaround, the administration is proposing to raise that same amount from the disposal of key assets. Why? Since the National Assembly signed off on the entire 2018 spending bill, why is the administration undertaking such a radical amendment to that bill without bothering to notify the same body?

Second, and as mentioned above, when governments in the advanced democracies dispose of key assets, it is usually to fund key development projects. Since neither the Minister of Finance nor the Minister for National Planning has indicated the key infrastructure projects that the Federal Government intends to spend mon realised from the sale of these key national assets on, we are left with no other choice but to conclude that they will go towards consumption and recurrent expenditure. For a government that wishes to be seen as fiscally prudent, this is truly alarming.

Furthermore, we wonder at the timing of this move, coming on the eve of national elections in the first quarter of 2019. Should a government that has not been re-elected be in charge of such a crucial move? One of the key national assets that the Federal Government is seeking to dispose of is the Ajaokuta Steel Complex, a monstrous boondoggle on which the country has expended an estimated $30 billion. Given what has gone wrong with Ajaokuta, should it be dispatched in such a hurry, and by an administration that has not been particularly fiscally responsible no less? Shouldn’t there be a public debate and some sort of moral reckoning before the country closes the book on Ajaokuta?

While there may be some sort of justification for getting rid of specific public assets, the record of the Buhari administration does not inspire confidence that this will be done in a scrupulous manner. Besides, there are deeper problems with the way public resources are managed that a hurried sale of assets will not solve. We implore the National Assembly to intervene in the matter and hold the Federal Government to account.

The post The planned sale of public assets appeared first on Tribune.

Fashola is One of the Most Celebrated Public Servant’s in Nigeria – Engr. Sale 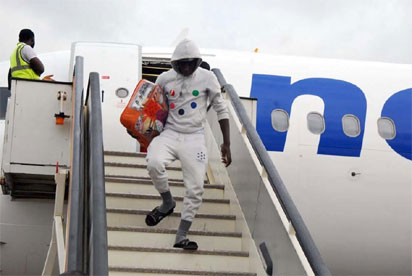 Curbing the gale of migrations

One of the architects of northern Nigerian public service

Hong Kong: Beyond the pale of chaos

The People’s Republic: How they came

The People’s Republic: How they came

The social media: An evolution of a global public sphere