Items distributed to the displaced persons which were brought into the camp with two trailers included bags of rice, soya beans, groundnut oil, salt, buckets, mats, tarpaulins, soaps, several tablets for water purification, blankets and clothes among other items.

In his remarks during the distribution exercise, the Anambra State chairman of the Nigerian Red Cross Society, Hon Justice P.A.C Obidigwe disclosed that the Society was working in the council areas of the state that were terribly affected by the devastating flood, adding that thousand of persons and houses were submerged by the rampaging flood in the state this year.

Justice Obidigwe stated that the Red Cross have been involved in the assessment of locations and needs of the affected people such that whatever they distributed arose from the needs assessment carried out within the state among those in camps, pointing out that they have been involved in providing psychological support, health and WASH hygiene education across the camps where displaced persons were located.

He appealed to public spirited individuals, philanthropic organisations and corporate bodies as well as Non-Governmental Organisations (NGOs) in the country to emulate the gestures largely demonstrated by the Red Cross Society in complementing the efforts of the state government towards ameliorating the plights of the IDPs.

Also speaking, the State secretary of the Nigerian Red Cross Society, Engr Kingsley Okoye who noted that the Omuleri and Ogbaru camps was not the only camp that was to be provided with relief materials said that IDPs in other camps would, also, benefit even as he urged beneficiaries of the Society’s gesture to make judicious use of the distributed relief materials.

Speaking separately, some of the beneficiaries of the philanthropic gesture of the Red Cross Society who expressed profound appreciation to members of the society for their humanitarian services, adding that the society has given them a life line through the donation of the relief materials. 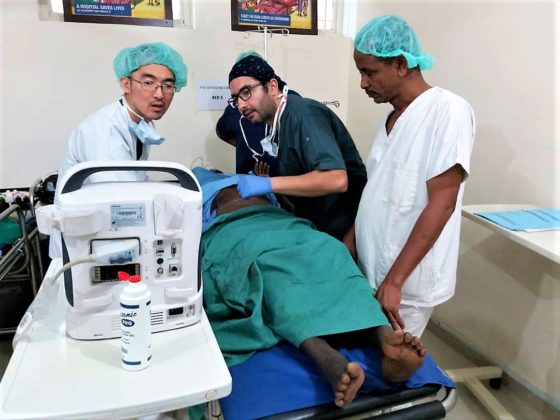