THE Chief Justice of Nigeria (CJN), Justice Walter Onnoghen, has been dragged by the Federal Government to the Code of Conduct Tribunal (CCT) to be tried for alleged failure to declare some of his assets as required by law. The unprecedented move has drawn indignation from many Nigerians.  Ordinarily, there is nothing wrong in bringing any citizen who is alleged to have run foul of the law before the court to have his/her day. However, quite a few things around the case, including its timing, suggest that an ignoble agenda is behind the allegation against the CJN. For instance, the petition that set the stage for the allegation reportedly emanated from an erstwhile aide of President Muhammadu Buhari, the petition was literally processed with the speed of light and clinically perfected into actionable allegation. The extant requirement of the law to have feedback from the CJN regarding the allegation was abridged. And in a jiffy, the matter was already before the CCT.

When these patently suspicious circumstances are reviewed against the backdrop of the recent experience of the Senate President, Dr Bukola Saraki, and the initial reluctance of the president to forward the name of the CJN to the Senate for confirmation, even those who are wont to hold brief for the Buhari administration cannot but be uncomfortable.  The impression given is that the Federal Government is intent on castrating both the legislature and the judiciary or at best make them pliable. Even if this notion is wrong, the government has, by its utter display of insensitivity and lack of wisdom, placed itself in a position to be suspected of such egregious atrocity.

It is very saddening that Justice Onnoghen’s bank accounts have been frozen and that he is even being asked to vacate his position as the CJN and chairman of the National Judicial Council (NJC) without the slightest shred of legal authority. What happens to the dictum of presumption of innocence of an accused person until the contrary is proved in a court of law? This curious haste to do in the CJN has opened the Buhari administration to attack and drawn deserved flak.  We reject the moves by the government: allegations remain allegations no matter how weighty.  The CJN is not above the law and, as such, he could be brought to book if the allegation against him is proved but the due process must be followed. There is a constitutional provision for handling cases of judicial officers who are alleged to have breached the law. If a crime has indeed been committed, the NJC is the appropriate body to look into it and mete out sanctions if the allegation is established.  The antecedents of the NJC as a self-correcting body within the judiciary are good enough to expect a thorough and dispassionate handling of the CJN’s matter. Again, the composition of the NJC and the calibre of its members give hope that the body will do its job regardless of the CJN’s position in it.

To be sure, it is not being suggested that the CJN is guilty or innocent but the tendency to treat him as a common criminal is uncalled for. No matter how anyone likes to pretend about it, the heads of the three arms of government are not ordinary Nigerians. That is the truth. While managers of government affairs are not being encouraged to brook sacred cows, it is important that they demonstrate a great measure of astuteness and tact in handling certain matters like the one at issue. Vice-President Yemi Osinbajo reportedly claimed that President Buhari was not aware that the CJN was being arraigned until much later in the day, ostensibly because he had given instructions that the anti-corruption agencies be allowed to do their job without interference from any quarter. That is a good disposition but the flip side is that if you delegate power and go to sleep, and without any feedback, there is a sense in which the touted principle of non-interference may be tantamount to absence of coordination and incompetence.

Such absence of coordination may result in dissonance within the system, as was witnessed during the abortive confirmation of Mr. Ibrahim Magu as the substantive chairman of the Economic and Financial Crimes Commission (EFCC) by the Senate. Two reports on Magu, one favourable and the other adverse, emanated from the presidency.  Nigeria is a pluralistic society and even within the same state, local government or religion, there are several tendencies.  It is the duty of a competent leader to harness and manage the diversity to achieve peace, harmony and economic progress. Yes, everyone may not agree with a leader on all issues but the majority should and he must not be perceived as insensitive or constantly stoking the embers of rancour wittingly or unwittingly.

In its present form, the trial of Justice Onnoghen is a brazen assault on the laws of the land and must stop forthwith. The perpetrators of the current charade must have their day in the court of law. 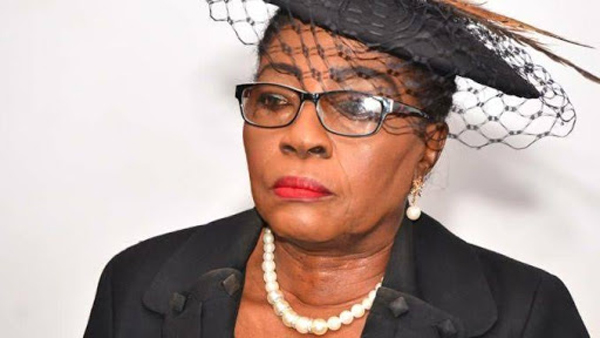 The Unjust Trial Of The Just