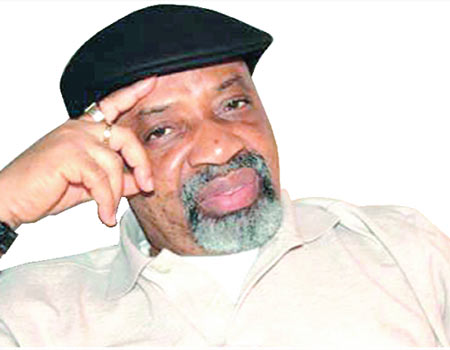 The Federal Ministry of Labour and Employment will further deepen partnership with the African Development Bank (AfDB) on ongoing projects aimed at generating youth employment.

Mr William Alo, Permanent Secretary, Federal Ministry of Labour and Employment, made this known in Abuja on Tuesday.

According to him, there is a need for more funding for the two projects which the ministry is in partnership with AfDB and proposed the inclusion of some intervention projects in the 2020 – 2024 Strategy Paper.

He noted that the ministry had been working in partnership with AfDB on the two projects since 2018, one of which was the Public-Private Partnership for Youth Employment and Skills Development, aimed at implementing eight priority projects, across relevant sectors.

Alo said the aim was also to boost massive job creation and skills development among the teeming unemployed youths in the country.

He said that another project was to implement the labour content of an Inclusive Basic Services Delivery and Livelihood Empowerment Integrated Programme (IBSDLEIP) for livelihood enhancement and support for Internally Displaced Persons (IDPs) in the Northeast.

“The aim of the IBSDLEIP is to document the Internally Displaced Persons (IDPs) in the productive age and provide technical support to the participating states,’’ he said.

Alo said that this was with a view to building capacities on alternative means of livelihood as tools for self-reliance, rehabilitation and resettlement of the IDPs.

The permanent secretary reiterated the government’s efforts in generating youth employment through the skills acquisition centres scattered across the country, saying that the government had not been resting on its oars.

He, however, noted that government was in the process of including skills acquisition in the nation’s secondary schools curricula, as well as in the curriculum of the mandatory National Youth Service Corps.

Earlier, Dr Martina Nwordu, Director, Special Duties/Projects in the ministry, said the ministry needed technical and financial support to enable it to play the role of formulating policies, guidelines and model projects/programmes on the reduction of unemployment in Nigeria.

Also, Mrs Rosemond Offei-Awuku, Chief Development Economist/Migration Officer of the AfdDB Group, said the group was in the ministry to assess its performance in the previous years and discuss its strategies.

She gave the assurance that the employment issues would be incorporated into the new Country Strategy Paper (CSP) 2020 – 2024.

Minister of Education to partner youths on skill development

African nations must invest in youth for accelerated development — Obi