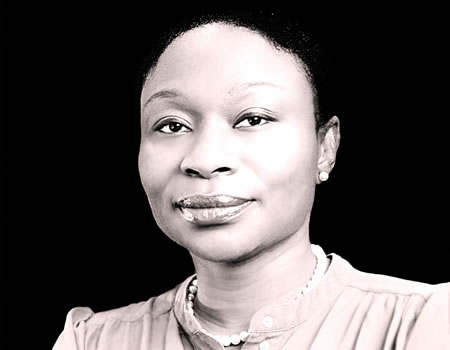 Nigeria has been described as the largest Private Equity (PE) market in West Africa, and the 2nd largest on the African continent after South Africa. In this interview by CHIMA NWOKOJI, Director and Head of Research at the African Private Equity and Venture Capital Association (AVCA) Dr. Enitan Obasanjo-Adeleye, reveals most attractive sectors in the economy.

PRIVATE equity is de?ned as both private equity and venture capital. This sounds rather technical. Could you please break it down to the level that a layman can understand?

Private equity broadly refers to investments made into private or unlisted entities. Private equity is often used to cover both private equity and venture capital, though there are distinctions between the two types of investment strategies. Venture Capital invests into start-ups and early stage businesses, sometimes from idea or concept stage through to revenue generating but not necessarily profitable businesses looking to scale up. Private equity, however, looks to invest in mature companies with an established business that are looking for capital to expand, develop new products or restructure.

What is the place of PE in massive infrastructure project financing?

Private equity funds of both generalist and specialist types do deploy capital into infrastructure projects. Examples are the investments by PE firms in towers companies such as Helios Towers Africa and IHS Towers, by Helios Investment Partners and Emerging Capital Partners respectively. Specialist fund managers such as ARM-Harith and African Infrastructure Investment Managers (AIIM) also invest in large energy projects such as the Azura-Edo IPP. So PE funds are playing a role in infrastructure financing. More needs to be done to drive capital into the early stages of infrastructure projects where there is significant development and construction risk, and to develop the pipeline of bankable projects.

What were the main drivers of investors’ con?dence in Africa’s PE industry?

The African consumer theme is still strong, with sectors such as Consumer Discretionary and Consumer Staples jointly attracting 29 per cent of the PE transactions for 2013-2018. A notable trend is the rising investment in Information Technology, with that sector claiming 19 per cent of investments in 2018, compared with 10per cent for 2016. Some interesting examples of this are Alitheia Capital’s investment in the digital financial services platform, Lidya in 2017, and the investment by TLcom in Kenya’s mSurvey in 2018. Investors are looking for investments that are linked to Africa’s rising consumer, and that improve access to services such as energy, finance, education and healthcare.

The number of PE exits recorded in 2018 dropped to 46 from 52 in 2017, what were the number of exits from Nigeria and what factors were responsible for such exits?

We recorded 7 exits for Nigeria in 2018. This includes ACA’s exit of Wakanow to The Carlyle Group, and Helios Investment Partners’ exit of Arm Pensions to LeapFrog, the impact investment fund. These were investments that were exited around or within the typical 5 year hold-period that PE firms look to invest for. Exits to PE and other financial buyers represented the largest share of exit routes in Nigeria in 2018, reflecting interest from PE funds in buying successful PE-backed portfolio companies that they believe can be grown even further.

How can you compare the level of development of PE in Nigeria, Ghana and South Africa? Can you give examples of some PE firms in Nigeria?

Nigeria is the largest PE market in West Africa, and the 2nd largest on the continent after South Africa. The history of private equity in Africa goes back around two decades, largely starting in South Africa. The PE firms in Nigeria include African Capital Alliance, a pioneer Nigerian PE firm which was an early investor in MTN, as well as Verod Capital and Sahel Capital. Helios Investment Partners, one of the largest Africa-focused PE firms, was also started by Nigerian founders and has made landmark investments including in Vivo Energy, which was recently listed on the London Stock Exchange in a partial exit for Helios. In West Africa, Ghana is the 2nd largest market, attracting 22 per cent of the PE deal volume in West Africa for 2013-2018, compared with Nigeria’s 54 per cent. South Africa attracts the largest share of PE investment in Africa, with 17 per cent of the deals for 2013-2018 focused on the country.

What are the major drivers of PE in Nigeria and where does Small and Medium scale Enterprises fit in?

Nigeria’s rising consumer and the supply-demand gaps for many goods and services make it an attractive market for PE investors. PE investors active in the country are typically looking to back the management of good companies, usually by taking a strategic minority stake, and helping them grow nationally or regionally. The 152 deals made in Nigeria for 2013-2018 had a median reported deal value of approximately US$10million, with the most active sectors being Real Estate (20%), Financials (16%), Consumer Discretionary (13%), Information Technology (10%) and Consumer Staples (10%). SMEs, which account for approximately 90 per cent of African businesses and provide nearly 80 per cent of the continent’s employment according to the London Stock Exchange, tend to attract most PE investments in Africa and the greatest share of investment opportunities lie in the sector.

What are the major challenges of private equity investments in (a) Africa (b) Nigeria?

In our 2018 LP survey, the largest share of respondents (65%) cited limited exit opportunities as a key challenge for private equity fund managers in Africa over the next three years, whilst 56 per cent chose the fundraising environment. I think these challenges are similarly reflected at the national level for Nigeria. However, we are seeing a general trend of rising PE exits, as PE firms are able to add value and find suitable exit routes, and a total of US$2.7billion was raised in final closes in 2018 for investment in Africa.

Scarcity of talent for PE firms and portfolio companies, and short term macroeconomic risks were also chosen by more than half of the respondents, at 53 per cent and 51per cent respectively. Nonetheless, experienced and skilled fund managers across the continent are able to navigate these challenges.

The Nigerian Pension Commission, particularly through its Regulation on Investment of Pension Fund Assets, increased pension funds’ allocation limit for PE to 10 per cent.

What does this mean for the contributors and the economy?

Technically, it means that there is approximately US$3billion of local capital that is available for building SMEs, developing local infrastructure and improving access to services in a sustainable and impactful manner through PE fund investments. This allows contributors to access the 20 per cent plus,  targeted returns these funds typically seek to achieve. However, very little of the allowable allocation is utilised, with the majority of the pension fund capital still being allocated to government bonds due to lack of understanding and risk aversion on the part of the PFAs. AVCA as an industry association is working to address this through its training programs and advocacy efforts.

The outlook for 2019 remains positive as further growth is projected for the region.

What countries in Africa do you think will record the highest growth and why?

East Africa as a region has had robust Gross Domestic Product growth for a few years now, and is likely to see continued high growth thanks to its relative economic diversification. The UEMOA countries, which have been experiencing accelerated growth since 2012, have estimated 2018 GDP growth of greater than 6 per cent for the second consecutive year according to the IMF, supported by strong investment and economic rebound – that is also likely to persist. The fast GDP growth of these regions is leading to rising interest in these markets, but South Africa, Nigeria and Kenya remain the main markets in Africa for PE investments at present.

The African Private Equity and Venture Capital Association (AVCA) is the pan-African industry body which promotes and enables private investment in Africa. What are the qualifications for membership?

Of equity, equality and developmental agenda 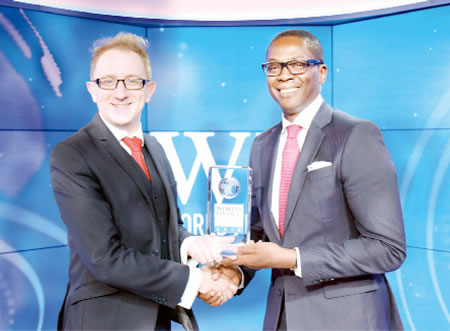