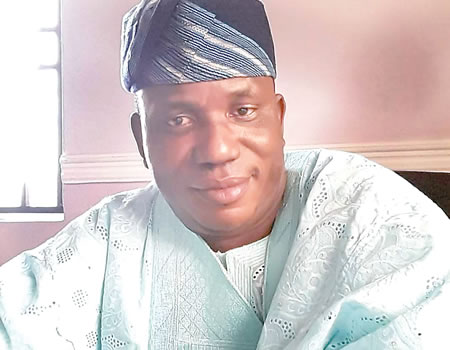 WHAT does your group stand for?

We are an advocacy group that does political enlightenment from time to time, depending on the need. We actually started operation in Lagos State under a different nomenclature during the administration of former Governor Raji Fashola. If you could cast your mind back, Fashola was having it difficult because the opposition wanted to discredit his greening initiative which in actual fact was for the benefit of everyone. It was a deep battle and Fashola’s rating was waning through these falsehoods, especially among the grassroots. We came in because we knew that enlightenment cannot be too much and our systemic approach worked. We have a publishing arm because we reckon that we cannot do these things effectively if we do not have our own medium of reaching out. The media houses on ground sometimes may not share your thoughts and you just have to push these ideas out. At the end of the day, we published about three editions of our magazine, Development & Policy, under the titles Lagos Wealth Report and The Lagos Environment. This was between 2011 and 2013 when another call of duty took us to Abuja and to the South-East for another one year.

In the case of Osun, during the trying days of Ogbeni’s regime in the hands of the opposition, in 2014 and especially in 2015, doing all they could to malign his government, we used the popular media as well as other platforms to reach out to the grassroots and coined a slogan, Truth of the Matter, and we published the maiden edition titled Osun: Truth of The Matter. This was a slogan we coined to showcase the facts as they were then. Just as the O to ge slogan worked magic for the people of Kwara State, Osun: Truth of The Matter as well as other government efforts exposed their lies and presented the true situation.

You painted a colourful picture of the legacies of the former government. Why then was it difficult for the party to have a smooth win in the September 2018 election?

The September 2018 election which you refer to here was won squarely by the All Progressives Congress (APC) despite what happened. It may seem otherwise for someone not familiar with the evil politics of a few people in Osun. I say this bearing in mind that in any social situation, it is the evil minority that always makes the loudest noise and creates havoc which is erroneously linked to the majority.

My team and I almost fell into this thinking. But because of our trainings as pragmatic social scientists and our being apolitical, we resisted the temptation to just sit down and lay blames. We brought out our tools and did the research which was self-sponsored and we discovered that those whom the old order, pre-Aregbesola era favoured and who couldn’t think of survival in the corrupt-free Aregbesola era were the ones destabilising the polity. We published our reports in the media.

How do you connect that with what is happening now?

It is the same set of people described earlier and their associates who still want to hijack government now and get through the window what they couldn’t get through the main door, which is the election. Why the people always reject them is because they have a terribly bad history behind them. When the Peoples Democratic Party (PDP) was in power, the state was under a siege and the Aregbesola populist cyclone came and warded them off you don’t expect them not to still stage a comeback. This is a democracy, but they ought to have fought for power in the right way, rather than deploying undemocratic forces and means.

How do you mean?

The level of rigging and vote-buying by the opposition during the governorship election of September 2018 was legendary and horrifying. Osun people saw a desperate people trying to hijack power at all costs, leaving morality behind. They were nakedly shameless that they were openly talking of flooding the state with money when they ought to be telling the people what they will do. You know that in any fight or struggle, the gentleman player or fighter is sometimes the victim because he or she wants to be fair and play according to the rules while the crude fighter inflicts injury, in order to win at all costs. That is exactly what is playing out today. During the campaigns, Governor Gboyega Oyetola and the APC team played it fair and saw no reason to induce voters because the people were solidly behind them.

Aid worker with Doctors Without Borders dies of coronavirus in Borno