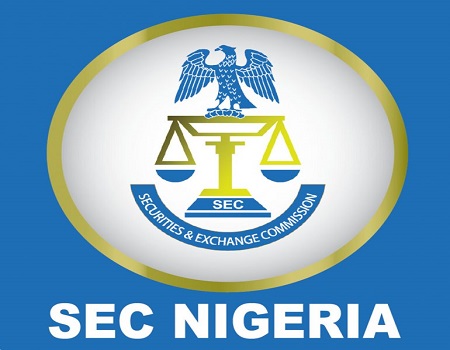 The Securities and Exchange Commission, SEC, has raised the alarm over the activities of some online fraudsters, who are currently running an online investment scheme tagged ‘Loom Money Nigeria’.

Loom Money Nigeria, is taking over social media by targeting young people to participate in a pyramid scheme.

The warning was given by Acting Director General of the SEC, Ms. Mary Uduk during a press conference by the Minister of Finance in Abuja.

Uduk, who was represented by Acting Executive Commissioner, Operations of the SEC, Mr Isyaku Tilde said the fraudsters, carry out their illegitimate business activities via social media platforms like Facebook and whatsapp luring young Nigerians to invest as low as N1000 and N13,000 and get as much as 8 times the value of the investment in 48 hours.

Uduk said the venture had no tangible business model, describing it as a Ponzi scheme, where returns would be paid from other people’s invested funds.

“We are aware of the activities of an online investment scheme tagged ‘Loom Money Nigeria’. The platform has embarked on an aggressive online media campaign on Facebook and whatsapp to lure the investing public to participate by joining various Loom whatsapp groups to invest as N1000 and N13,000 and get as much as 8 times the value of the investment in 48 hours.

“Unlike MMM that had a website and the promoter known, the people promoting Loom are not yet known and this pyramid scheme operates through closed groups mainly on Facebook and Whatsapp. If it were a local Ponzi scheme with known offices, it would be very easy for the Commission to seal their offices and freeze their accounts.

“We therefore wish to notify the investing public that the operation of this investment scheme has no tangible business model hence it’s a Ponzi scheme, where returns are paid from other people’s invested sum. Also, its operation is not registered by the Commission.”

Uduk, therefore, advised the general public to distance themselves from the scheme, adding, “Please note that anyone that subscribes to this illegal activity does so at their own risk.”

She also assured that an inter-agency committee, Financial Services RegulationCoordinating Committee (FSRCC) is working on the issue, while also collaborating with security agencies to shut them down.

A Ponzi scheme is an investment fraud that involves the payment of purported returns to existing investors from funds contributed by new investors.

The Loom Pyramid Scheme is not new to the world. Last month, Daily Mail UK reported that the scheme has resurfaced online all over the world, with different names such as ‘loom circle’, ‘fractal mandala’ and ‘blessing loom’. In Nigeria, its central name is Loom Money Nigeria with individuals creating their own WhatsApp groups such as Jack Loom, Catherine Loomamong others.

On regularization of Multiple Accounts by investors, Uduk said the process is still on-going and urged affected investors to do so before the deadline.

“The Capital Market Community has opened a forbearance window to allow investors with multiple subscriptions/applications to public offers to regularize these subscriptions under a single account name. Investors who provide sufficient proof of ownership will be permitted to regularize their accounts into one. There is absolutely no punishment attached to it, the SEC is not punishing anybody, we just want such individuals to come and regularize that transaction between now and 31st December 2019” she stated.

Uduk said the objective of doing that is that it will increase liquidity in the market and the investors can also claim the dividends for their investments.