The Governorship, National and State Assembly Election Petition Tribunal in Bauchi State, on Friday dismissed a petition filed by Dalhatu Abdulkadir of the All Progressives Congress (APC), challenging the reelection of the Speaker, House of Representatives, Yakubu Dogara of the People’s Democratic Party (PDP).

The APC and its candidate, Dalhatu Abdulkadir, had on March 15, filed a petition before the tribunal challenging the reelection of Yakubu Dogara of the PDP for for Bogoro/Dass/Tafawa Balewa Federal Constituency seat.

Delivering her ruling, Chairman of the Tribunal, Justice Hafsat Abdulrahman, held that the petitioner had failed to file pre-trial notices and therefore, contravened the provisions of the Electoral Act 2010 as amended.

“Up until now, there is even no subsisting motion or application filed by the petitioner before the tribunal.

“The only option left to the tribunal is to dismiss the petition as there is nothing the tribunal could hold on to,” Abdulrahman held.

Earlier, Abdulkadir through his counsel, D.G.Hassan, sought for extension of time.

But Josiah Amubitan, SAN, counsel to Dogara, urged the tribunal to dismiss the petition because Abdulkadir had failed to file a pre-hearing notice before the pre-trial conference

Amubitan told the tribunal that both the petitioner and his counsel have failed to follow sequence of processes leading up to the pre-trial conference.

He argued that the petitioner had therefore, filed the petition outside the time frame stipulated by the Electoral Act 2010 as amended.

In a related development, the Bauchi National/State Assembly Election Tribunal II, also dismissed a petition filed by Yusuf Itas of the PDP, challenging the election of Bashiru Mashema of the APC for Itas Gadau State Constituency seat.

The Chairman of the Tribunal, Justice B. H. Tukur ruled that the petitioner had refused to approached the Tribunal for prehearing notice.

Tukur, therefore, said that the action by the petitioner tantamount to abandonment of the petition as the penal would not allow extension of time. 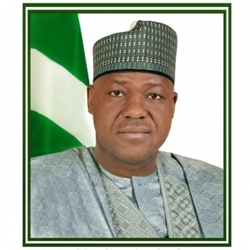