Dualisation of federal roads, a panacea for road accidents ? FRSC

Dualisation of federal roads, a panacea for road accidents ? FRSC

The Corps Marshal of the Federal Road Safety Commission (FRSC), Dr Boboye Oyeyemi on Wednesday emphasised the need for dualisation of all federal roads as part efforts geared toward reducing auto crashes across the country.

Dr Oyeyemi who stated this during the inaugural meeting of the House of Representatives Committee on FRSC, chaired by Hon. Mayowa Akinfolarin explained that the commission requires the employment of 30,000 staff for optimal performance.

He said that in the last two decades, a lot had been done with regards to addressing the menace of accidents on the roads.

According to him: “the federal roads are the ones where most of the accidents on the roads occur: all the inter-state roads are supposed to be dualised.

“This pose a lot of challenges for us, but we believe we will be able to continue to do what is expected of us,” the FRSC chief observed.

Dr  Oyeyemi said that Nigeria is one of the 10 countries that has assented to the UN Convention on Road Safety and Traffic and ranked 12th in Africa and 78 in the world that has activated the Convention.

He, therefore, expressed optimism that the Federal Executive Council (FEC) would approve the African Road Safety Treaty before the end of October 2019.

Dr Oyeyemi said that Nigeria has a growing population which is over 200 million people, with a vehicular density of about 12.5 million.

Oyeyemi said that the commission has 618 formations nationwide, a number plate production plant, 205 drivers’ license points nationwide, and 42 ambulance points across the country.

He said that the commission has 25,143 staff strength, however, it would require 30,000 members of staff to function up to standard.

Speaking earlier, Chairman of the committee, Hon. Mayowa Akinfolarin stressed the need to be intimated on the activities of the commission.

According to him: “we need them to tell us what they are doing for us to see how we can complement them to eliminate accidents on our roads.

“We are all road users, we have our family members using the roads and so it is an issue we must all critically look into.

“It about sustaining democracy and to enthrone good governance which in this case is the safety of road users by ensuring lives and properties are safe on the road,” he said.

“Provide us with the organisational chart of FRSC, schedule of all organisation and institutions under the direct supervision and control of FRSC from 2014 to date.

“We also need budgetary provisions of FRSC within the period, the schedule of revenue profile of the commission and other related documents that would help us do our job,” he noted. One killed in road accident in Minna -FRSC

One killed, another injured in road accident in Minna – FRSC 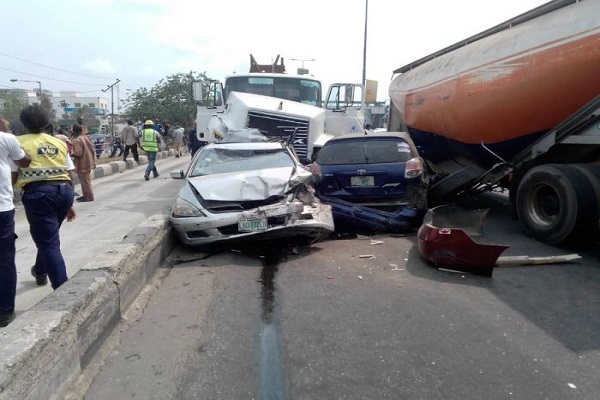