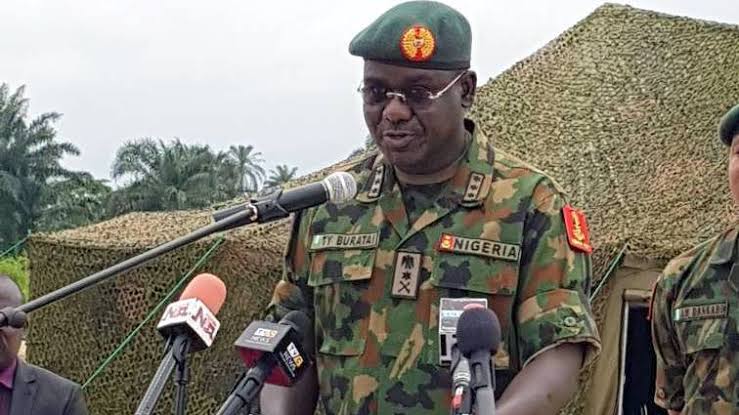 Irked by the activities of armed bandits, kidnappers and other criminals in the north, the Chief of Army Staff (COAS), Lieutenant General Tukur Yusufu Buratai has directed troops not to spare unrepentant bandits kidnappers and rustlers in the region.

He lamented that the criminal elements in Zamfara, Katsina, Sokoto and other states must be rooted out of the north, and the country in general.

General Buratai gave the directives while addressing the troops at the Headquarters 1 Brigade in Gusau, Zamfara State, on Friday.

Besides, he commanded the troops for their commitment and professional disposition “at sustaining and consolidating on the ongoing peace deal in the state and urged them to maintain aggressive posture against unrepentant bandits, kidnappers and cattle rustlers.”

Buratai, in a statement by the Acting Director Army Public Relations, Colonel Sagir Musa, “used the opportunity to reiterate the combat readiness and resolve of the Nigerian Army to protect the lives and property of all law-abiding Nigerians,” while enjoining the troops to remain disciplined, committed, dedicated and absolutely loyal to constituted authority at all times.

General Buratai further reiterated his charge to the troops “to always adhere to the Nigerian Army’s extant Rules of Engagement and Code of Conduct during operations and training exercises, as human rights violations by any personnel will never be condoned. ”

he said: “No officer or soldier should take laws into his/her hands, innocent civilians must be protected at all times, rights abuses will never be encouraged, condoned or go unpunished.”

Buratai pledged Government support to the troops and of the commitment of the Army under his leadership to their welfare and that of their families.

He also urged the troops of the speedy completion of the numerous ongoing residential and office accommodations, water projects and provision of medical facilities in the newly established barracks in Gusau and others in the newly formed units and formations across the country.

While in Gusau, the COAS inspected ongoing projects in the barracks and visited Wounded In Action soldiers at the Federal Medical Centre Gusau. 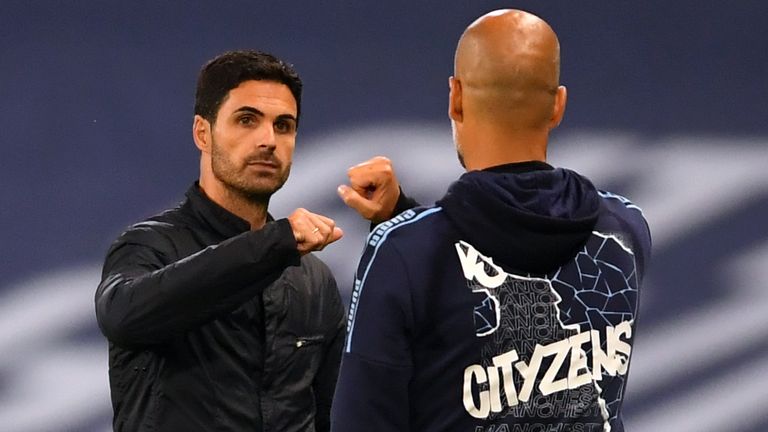 Arteta: Don’t call Lampard and me ‘the next Klopp and Guardiola’