Killer of MTN staff sentenced to death by hanging 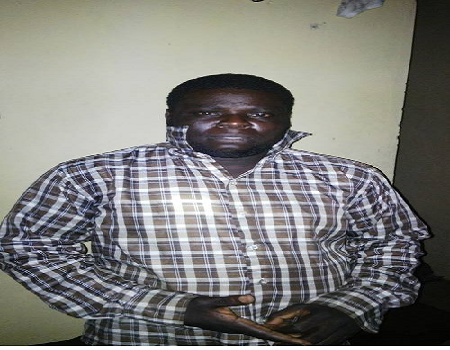 Killer of MTN staff sentenced to death by hanging

In a judgement handed down by the trial judge, Justice Adebayo Yusuf, Ogundele was convicted on a two-count charge, after more than three years of a legal battle.

For the first count charge, the convict committed an illegal act by stabbing Ashinwo with the intention of causing her death thereby committed an offence of culpable homicide punishable with death under Section 229 of the penal code law.

He was also convicted for committing culpable homicide for causing the death of Ashinwo by stabbing her with a knife and thereby committed an offence punishable under Section 221 of the penal code law.

The judge held that the prosecution had been able to prove the case of culpable homicide against Ogundele.

For the first offence, the convict is to serve 25 years jail term while he was sentenced to death by hanging for the second charge.

The exhibit tendered by the prosecutor includes; Toyota Camry, sharp knife, a pair of rubber slippers, photographs of the deceased, statement of the convict among others.

Confession of the convict quoted by the prosecutor stated as thus;… “On the 25th April 2016, I woke up and prepared for work But to my surprise, I never knew how I found myself in Ilorin, I can never explain how it happened because I really prepared to go to work. Since I’m now in Ilorin, I called my legal wife on the phone that she should get dressed that I will take her to Omu-Aran that morning… I got to Tosin house since her mum was around, I felt like saying hello to her.

“I got there that morning. We exchanged pleasantries. Her mum said she was happy to see me and we discussed for a few minutes. Suddenly, the atmosphere changed and an argument began and before I knew it, I have stabbed her (Tosin) and her mum. Then, I came to myself, it was like a scale of my eyes…”

The prosecutor had posited that the convict, through his confessional statement convicted himself.

Man sentenced to death in Singapore on Zoom call

Six to die by hanging for murder in Ekiti

Four to die by hanging for murder in Ekiti