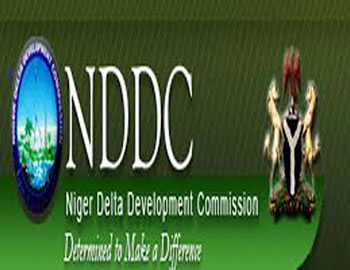 Positive reactions from segments of the society have continued to trail President Muhammadu Buhari’s pronouncement on Thursday for a forensic audit to be undertaken on the operations of the Niger Delta Development Commission (NDDC).

While receiving governors of the states that make up the commission in Aso Rock, President Buhari said what was presently on the ground in the Niger Delta region did not justify the huge resources that have been made available to the organization.

Mr Femi Adesina, a Presidential Spokesman, quoted President Buhari in a statement as expressing disappointment with the current state of operations at the NDDC vis-à-vis the volume of funds that have been pumped into the interventionist agency.

“I try to follow the Act setting up these institutions especially the NDDC. With the amount of money that the Federal Government has religiously allocated to the NDDC, we will like to see the results on the ground; those that are responsible for that have to explain certain issues. The projects said to have been done must be verifiable. You just cannot say you spent so much billions and when the place is visited, one cannot see the structures that have been done. The consultants must also prove that they are competent,” the President said.

It would be recalled that the Presidency had been angered with reports of messy water hyacinth amounting to about N1.9bn purportedly approved and paid to phoney companies by the current interim Management team. The controversial payments which were in clear breach of Presidential directive and violation of extant procurement rules were said to have alarmed top Presidency Officials.

In their swift reaction, experts and stakeholders in the Niger Delta have expressed support for the presidential directive on the forensic audit. They, however, urged President Buhari to quickly put the new Board that he appointed in August in place since they have never been part of the NDDC in the past, to help supervise the audit.

Dr Jeffrey Emerson, a Development Economist in Port Harcourt, who has written extensively on the Niger Delta, while lauding Buhari’s bold move, stated that “It’s a very laudable and encouraging move. Stakeholders like us are elated but in carrying out the audit, it has to be supervised by a new Board, the New Board that has never been part of the rot in the past. You don’t expect the acting Managing Director or bureaucrats who have been part of the rot in the past to supervise that audit…The auditing team should work independently with a team and that team, in my view should be the newly named Board. That is the standard practice globally.”

In their own reaction, the President of Ijaw Diaspora Coalition, Elder Johnson Ebibai stated that it was widely reported in the national media that the Commission under the current interim management had secretly interviewed and was set to recruit over 300 new staff members without a Board approval for such massive recruitment, and it took the intervention and outcry of well-meaning stakeholders in the Niger Delta Region to halt the exercise. In his view, this therefore is not the leadership that should be entrusted with this level of activity to unravel what has happened in the past which involves them.

NDDC: Buhari told to sack all board members

Northern Group Questions Alledged Replacement Of Atta On NNPC Board