Gombe state Governor, Muhammadu Inuwa Yahaya has charged members of the newly inaugurated State Executive Council (SEC) to work as a team towards a single goal in order to pursue the common objectives of improving the social, economic and political conditions of the people of the state.

They were also charged to shun any corrupt action declaring that his APC led administration will not condone any corrupt practice because it has zero-tolerance for corruption.

Inuwa Yahayagave the charge while inaugurating the members of the SEC in Gombe on Saturday saying that the only way to achieve the set objectives of the administration is working together as a team irrespective of ideas and personal opinions.

Inuwa Yahayawent ahead to advise the Commissioners to be closer to the people in order to know what their expectations from the government so that they will know what to present as memos to the Council for deliberation and consequent approval.

Inuwa Yahaya further reminded them to see their appointments as a privilege to serve the people as well as contribute to the development of the state warning them to shun any act that will ridicule the administration. 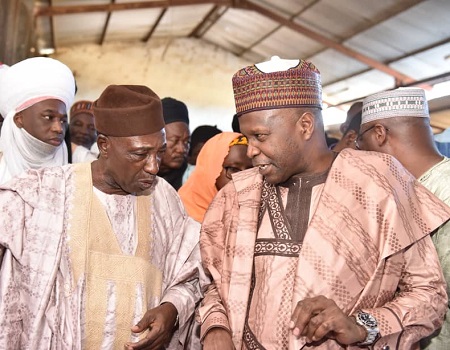