OGUN State governor, Prince Dapo Abiodun, has restated his administration’s commitment towards ensuring that farmers in the state were empowered to produce enough food to attain self sufficiency.

Abiodun stated this while speaking at the opening ceremony of this year’s Nigeria Poultry Show with the theme: ‘Managing the Value Chain for National Development’ held at the DLK Event Centre, Abeokuta, Ogun State.

The governor, who was represented by his deputy, Mrs Noimot Salako-Oyedele, said that one of the priorities of his administration was to make the state a net exporter of food, adding that if this is achieved, food security would be guaranteed and employment of the teeming youths would be a reality.

In order to achieve the plan, according to the governor, a meeting was held with President Muhammadu Buhari, where the President in his bid to support the State’s food security agenda mandated the governor of the Central Bank to support Ogun State with the Anchor Borrower’s Programme.

“We have started the Anchor Borrower’s Programme with rice, cassava and maize. We will get to poultry, aquaculture and other sectors of the Agric industry. I believe these are what we could look forward to.

“Other programmes that our government is doing in agriculture include holding of stakeholders meeting with all farmers within all the agricultural value chains, payment of the counterpart funding and the inauguration of FADAMA GUYS, which is a graduate unemployment youth scheme that would complement our plans in this sector,” he said.

The governor added that in order to enhance the value chain, the Investment Promotion Council was set up and the Public Private Partnership (PPP) bill was also put in place for people to come in to the State to invest.

Permanent Secretary, Ministry of Agriculture, Ogun State, Abosede Ogunleye,  in her goodwill message, said the theme of this year’s Nigeria Poultry Show was apt, as it addressed how farmers could connect to the value chain which is the first step that would offer a path leading to economic development.

She highlighted the Dapo Abiodun-led administration’s promises in the agricultural sector to include: facilitating linkage between farmers and industries, encouraging local processing to enhance value and setting up agricultural hub capable of feeding the state and other states across the country and providing a holistic value-chain approach to the development of agriculture sector in the State.

In his remarks, the National Vice President, South-West Poultry Association of Nigeria, Dr. Adetoyi Olabode, noted that Nigeria remains the gateway to West African market with agriculture import in 2018 totaling $4.5billion, saying that the business opportunities had opened development of the value chain in poultry production.

He pointed out that Nigeria, as a leading country in poultry production in Africa, had created employment from farm planning, farm management, egg production, and transportation, veterinary and allied drugs amongst others.

Chairman Local Organising Committee (LOC), Olalekan Odunsi, earlier in his welcome address, stated that the show provided an opportunity to interact directly with farmers, introduce people to new products, attract new prospects and offer seminars on products as well as avenue to meet poultry farmers all over Nigeria.

He charged investors, especially producers of inputs such as day old chicks, drugs, vaccines, feeds, additives and equipment to produce products that would meet international standards at reasonable prices without necessarily exploiting the farmers.

He further called on government at all levels to create enabling environment for the poultry industry to thrive.

Guest speaker, Professor Bola Okuneye, of the Federal University of Agriculture, Abeokuta in his paper titled, ‘Managing the Value Chain in the Nigeria Poultry Industry’, pointed out that Poultry was important in Nigeria but it was faced by array of challenges, which included poor quality of feed, ingredients for feed production, poor quality chicks, pollution due to management of poultry waste causing conflict between farmers and neighbours as well as low access to funds.

Professor Okuneye, stated that the industry remained a major source of prospects for rapid growth and development of the Country, while calling on government and stakeholders to help tackle the various challenges ravaging the industry. 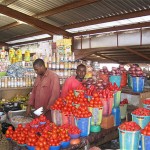