Tribune Online
Much ado about death sentence for hate speech

Life is a paradox, Humans mostly focus on seemingly irrelevant things by vigorously attacking the ringworm in their bodies while leaving leprosy that is ravaging the same body.

For the majority of  Nigerians, life has become a hell of a place. To eat once or twice a day is a big issue. People in authority who should focus attention on this will rather make a mountain out of the molehills, pressing for activities with fewer values.

If this is not the truth, how does one explain the justification for the Nigerian Senate’s reintroduction of a bill that will regulate the use of social media in the country with such severe punishment? While there may be an element of reason in the bill, the thought of capital punishment for offenders beats one’s imagination. In a time capital punishment for stiffer offences is being campaigned against.

What are the issues in this misguided bill tagged ‘Protection from Internet Falsehood and Manipulations Bill 2019’?

Is there anything special in this bill that the existing social media bill cannot handle? Why the need for suggesting the creation of a full government agency? In a country where funding has become a major challenge.

What is the problem with our thinking which believes the more the merrier instead of a keen look at necessity, relevance and financial expediency? What will this new proposed Agency for hate speech do that the ailing National Orientation Agency and other agencies within the Ministry of information, as well as communications, cannot do?

Before the thought of this bill, has the sponsor done good research to ascertain the problems and best solutions instead of coming to the public glare to start something capable of destroying himself and the government he is serving?  Did he, Sen. Mohammed Sani Musa, widely consult with his constituency before sponsoring this bill or he just woke up from the blues to seek a popularity contest?

No one argues against regulating social media as its use has some inherent disadvantages. Given this, has he checked what obtains in the western environment where the problem is much pronounced?  Regulations are going towards calling on the platform owners to pull down hateful and offensive materials. Nothing close to the suggestion of death by hanging. One wonders who are our senators’ advisers.

Each has retinue. What are the advisers paid for?  We do know some of them (officials) are heady and will not listen to any aide yet they hire aides in droves like a polygamist with an insatiable urge for women will acquire more.

If truly the aim of the bill is to curb fake news on the internet, there are other potent answers to doing this right. There is presently a Media and Information Literacy (MIL) project undertaken by the United Nations Educational and Scientific Organisation which can handle all vices in this regard. The document already produced is rich enough to handle hate speech and other internet vices, if properly executed.

Why not empower National orientation Agency, or maybe any other, to learn and inculcate the tenets of this MIL’S document through proper education, mobilisations among other identified methods to address this issue? We are a nation which never searches for existing knowledge but is bent on recreating or reinventing the wheel where there is a  better way of doing things with ease.

I mean,  consider the level of wastage the scarce resource will go through if this bill is passed. Hundreds of staff will be needed, offices will be rented or built at the nation’s capital and regional locations. Cars will be bought, budgets must be yearly allocated etc. This is just to combat hate speech. Meanwhile, several diseases and other epidemics are silently killing children and adults in our villages and no one cares.

The voice of the people may be the voice of God in this instance. As expected, there had been an outcry. One will be grateful if the path of reasoning is followed. A minister in the cabinet had also said, hate speech bill may be unnecessary and hasty for now.

We can only wait for the Nigerian Senate to do the needful. But Senator Musa Sani’s name may continue to ring a bell on the internet for months after.

Much ado about death sentence for hate speech
Tribune Online

Nigeria’s border closure: Much ado about nothing

No Governor supports death Penalty as Punishment for Hate Speech 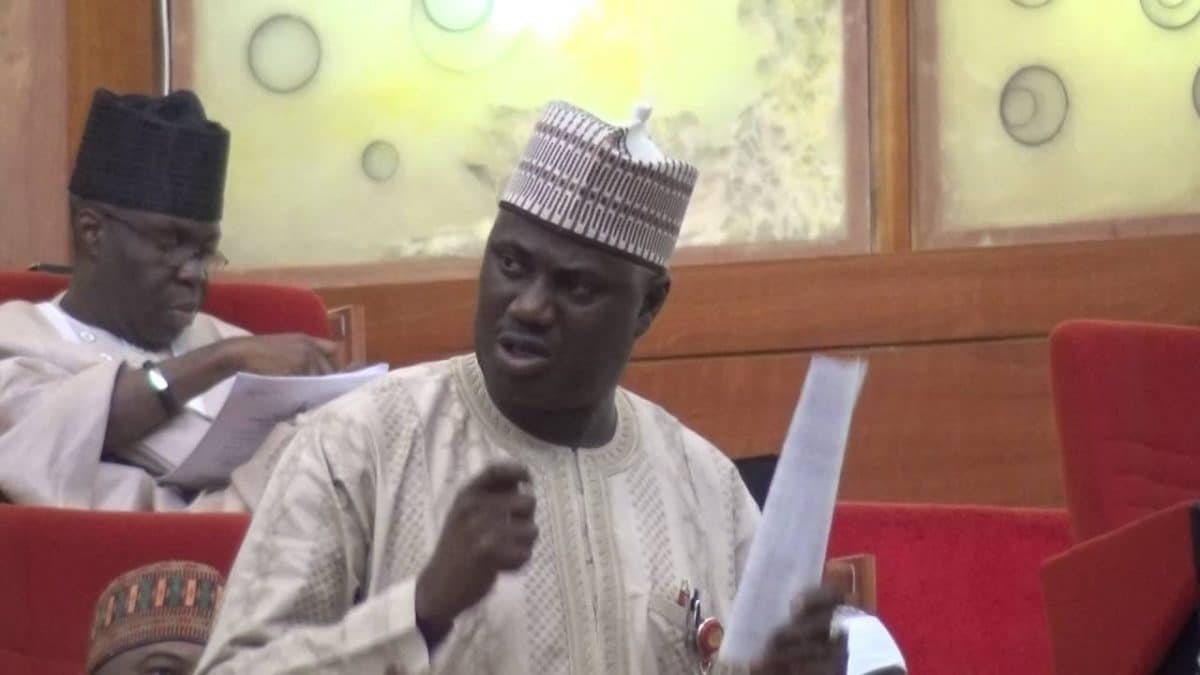 Late Oba of Lagos’ son sentenced to death for murder