It appears the 2016 graduates of the Adeniran Ogunsanya College of Education (AOCOED), Otto-Ijanikin, Lagos State, who had their education degree programmes in affiliation arrangement with the Ekiti State University (EKSU), will still have to wait much longer before they can collect their long-awaited statement of results.

The ex-students had been at loggerheads with the management of the college for the past two years over alleged exploitation and unnecessary delay by the latter in releasing the statement of results.

The results eventually got to the school (from EKSU) about two months ago, only for the already wearied former students to discover that a new dimension had been introduced into their matter. This time around, it is not about the controversial mandatory payment of N25,000 collection fee (which they had reluctantly paid) but the claim that many of them are yet to pay all their required levies to the school.

“We are confused about the latest news, more so that we had waited for more than three years before we could get to this stage,” said Mr Hassan Raheem, the class governor of the set, who doubles as the leader of their newly formed group-Concerned Students.

Though Mr Hassan has collected his own statement of result, many other classmates have not. He said he is not comfortable, not only because the result reads ‘August 2019’ and not 2016, their graduation year, as the date of issuance, but because of the other members of the set who are still being denied their results.

“I cannot go to sleep because I have collected my own result. My assignment is for the entire set, and I must get result. AOCOED has a cunning way of exploiting students. The school had been doing that and getting away with it, but this time around, no way,” he said.

Hassan, a graduate of Chemistry, put a lie to the claim that some students had not paid up their levies, saying that AOCOED does not allow students who have not settled their bills in full every semester into the examination halls, let alone sit for examinations.

“So, it is absurd that the school is now claiming that some of my mates are indebted to it now that we have resolved to pay the N25,000 to collect the results. We paid virtually all the levies online and through banks, with proofs of payment, which we must take to the bursary department for clearance before every semester exam,” he said.

Some of the affected students who spoke to Tribune Education separately corroborated Hassan’s claim, saying it is really baffling that the college claims the students have some bills to settle again before they can collect their statements of result.

Mr Gbenga Olanipekun, who studied Human Kinetics, is one of the affected students. He told Tribune Education that the college claimed he owed some fees during the 2013\2014 academic session.

He said: “I was told this the day I went to pay the contentious N25,000 levy for result’s collection. Funny enough, they had already collected the money from me before they came up with this new story, and that my result was still with EKSU and not yet with AOCOED.

“I was very perplexed at the news because not having statement of result three years after graduation and after paying more than half a million naira in all to acquire the degree is not only painful but has really taken huge toll on me psychologically, career-wise and financially.

“And I have all the receipts as proof (that I’ve paid all fees) and I had submitted them almost about two months ago for the new verification exercise. I regret coming to AOCOED to study.”

Olanipekun said he ought to have been in Germany for further studies but for the unavailability of result to support his application.

The stories of Messrs Sanni Samuel (who studied English Education and now works with a low cost school) and Yekini Afeez (who studied Integrated Science) are no different. Like others, they also believe that they are unnecessarily being punished for no fault of theirs.

But the director of external programmes at AOCOED, Dr. Joseph Owoso, insisted that the affected students had some bills to clear with the school.

According to him, students under the external degree programme usually pay their levies online. The university will then cross-check their payment status, also online.

“But some of them would come up with fake receipts as evidence of payment so as to be allowed to sit for exams. By the time the university is doing final clearance, it will then detect that some of them did not actually make complete payment, or paid but not registered on the portal.

“Some of them knew they were owing but didn’t know it would be detected by the school,” Owoso explained.

He, however, said that he had already taken all the receipts submitted by some of the affected students to EKSU for verification.

On the issue of statement of result reading August 2019 date other than the actual month and year of graduation by the set, Owoso said such type of case is not new in most Nigerian tertiary schools, especially where external studies are domiciled.

According to him, it is the period of approval of results by the school senate that would appear on such results.

But even at that, he explained further that students can approach the school for a letter of actual graduation date.

“The college will quote the duration of studies and then add the time of approval of the results,” he added.

Owoso said he had already gone to the Lagos Office of the Independent Corrupt Practices and other related Commission to clear the name of the college of “the mess” he said the students had put it for petitioning the agency to investigate the college over allegation of financial atrocities which they claimed had led to the delay in releasing their results.

When contacted, the director of external programmes at EKSU, Professor Michael Omirin, said he had not much to say on the matter, noting that his official assignment is only on academic matters and that he was through with that as far as the affected students are concerned.

When the university’s public relations officer, Mr Bode Olofinmuagun, was contacted, he said: “I would advise those students to write their complaint officially to the vice chancellor through the director of the external programmes.

“I want to assure them that the school will look into their matter officially.” 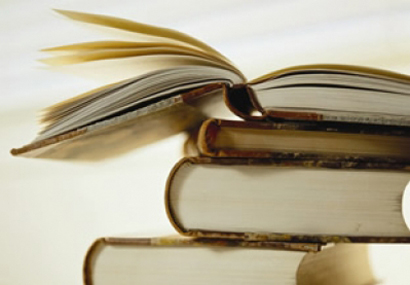