Of the three ethnic groups whose political preferences swing the electoral votes at the national level, the Igbo lack the political infrastructure to mainstream that choice. The other two groups, Hausa/Fulani and Yoruba have some semblance of unified centralised structure to hoist their choices. The Igbo, prior to British conquest and subjugation and eventual amalgamation of the ethnic nationalities that constituted Nigeria between 1859 and 1914, had no unified centralised authority. In counterpoise to this Igbo milieu, we have the Yoruba and the Hausa/Fulani with well-established political infrastructure.

But on the formation of Nigeria on January 1, 1914, all the ethnic nationalities were conquered, subjugated and placed on equal footing as the “subjects” of the British Monarch. None was greater than the other. However, the British by adopting the political structure of the Fulani Islamic Caliphate of Sokoto amounted to the re-conquest of the tribes and subjugation under the Hausa/Fulani and the Igbo was the most devastated. There was public outcry which led to rebellion epitomized by the 1929 Aba Women Riots. Colonialism lasted barely 40 years before some educated Nigerians domiciled in Lagos stirred up nationalist agitation for political independence. This agitation was led by freed slaves that made Lagos home but later joined by locals such as Nnamdi Azikiwe and Obafemi Awolowo. The politics of nationalist agitation was led by Southern educated elements. The deployment of the print media journalism led by Nnamdi Azikiwe (an ethnic Igbo) irked the British colonial establishment and it planned a counter-attack. The attack consisted of informal adoption of the Hausa/Fulani and grooming them and laying a favourable political structure to ensure that whatever happens to their colonial control of Nigeria, their favoured group will be in control of Nigeria after the demise of colonialism.

As Azikiwe, Macaulay and Obafemi Awolowo were busy in anti-colonial agitation, Britain was busy laying a formidable and impregnable political/groundwork which will render nugatory whatever designs these southern political upstarts may have up their sleeves. Azikiwe was close to achieving pan-Nigerian nationalist political control of Nigeria but he bungled it for quick fixes and extant gains. After NCNC formation in 1940s, a group called the Zikist Movement was formed by some concerned youths outside the control or mandate of Azikiwe or NCNC apparatchik. The Zikist Movement was revolutionary and was so well organised and energetic to the consternation of Britain. It abhorred British political chicanery and its major object was to seize power from Britain unconditionally or certainly not on Britain’s own terms.

Britain abhorred this Zikist’s scheme and considered it the greatest threat to its designs and interests in Nigeria. So it counter-attacked and that with unspeakable devastation. It had floated a hoax of how it was willing to cede power to the nationalists led by Azikiwe on a ‘platter-of-gold’ hinting that the Zikist Movement was a stumbling block to its realisation thereby putting Azikiwe in a state of divided interest as he thought that the Zikist Movement might after all jeopardize his political future under the British political transition. So in a state of split loyalty, Azikiwe settled for rapprochement with British colonialists while distancing himself and the NCNC from the Zikist Movement’s activities. Having achieved the division of loyalty between Azikiwe/NCNC and the Zikist Movement, Britain as the master of intrigues moved in to sponsor tribal groups to transform into political parties to break the ascendancy of NCNC in Nigerian politics. While these two British schemes were at work, the British colonialists weighed in with an alleged attempted murder of colonial secretary, Hugh Foot by an agent of Zikist Movement. At the happening of this event, Azikiwe effectuating his new found love with Britain, disowned and condemned the Zikist Movement even before the group had made its defence of the allegation. This event and Azikiwe’s reaction to it marked the downfall of Nnamdi Azikiwe as the political leader of Nigeria and that destroyed the political trajectory of the Igbo as several principled and committed Igbo politicians were rubbished by that singular act of Azikiwe and Azikiwe and the Igbo never recovered from that betrayal’s after-effects. From then on, Igbo politics became transactional: a cocktail of short fixes, anything goes, based purely on what one gains as opposed to committed and principled vocational political struggle to achieve group/public interests as opposed to individual gains.

At the fall of Azikiwe, Britain gingered the tribal unions in Mutanen Arewa and Egbe Omo Oduduwa to transform into political parties to challenge the NCNC. Despite these shenanigans, NCNC managed to have national spread especially in Eastern and Western Regions until the political masterstroke executed at the Western Region House of Assembly where NCNC renegades joined Awolowo’s AG to form government thereby marking and establishing the culture of cross-carpeting in Nigeria. Having been politically outsmarted, Azikiwe scurried to Eastern Region to displace Eyo Ita as Premier and thereafter settled for hollow office of Governor-General and later ceremonial President and abandoned the Igbo in the lurch. Since then, the Igbo have not got their political bearing right in Nigeria. This situation was made worse by the 1966 political crisis which led to civil war in which the Igbo lost. The loss led to the victors of the war (mainly the  Northern military rulers) being the drivers of the new political system designing all kinds of political schemes especially in the census, political structure of states/local governments creations just to keep the Igbo in check.

After the war, the bogey of domination by the Igbo which was a Northern disease now became a national ailment as the Federal Government policies were directed at containing the Igbo in Nigeria. Such policies as the Federal Character Principle and Quota System were designed to deemphasize merit in civil and public service and even in selection of university and colleges’ administration officials and students. It was all these problems that conditioned the politics of the Igbo and made it reactive instead of assertive. Every Igbo politician is coming from a position of weakness. In the first place, he is a product of a system of which he is an outsider and has no control.

This is because between August 2, 1966 and 1999, the political recruitment and tutelage has been under a political system in which Northern military and civilian politicians have been in control and as such, those recruited and empowered became clientele of these Northern military civilian aristocrats. Secondly, the political system (census, states, local governments, personnel of the institutions such as the armed forces public services etc.) has been rigged against the Igbo so that he cannot effectively compete for power on his merit or on the objective factors of the political infrastructure. For this reason, Igbo politics has been knee jerk and reactive.

Moreover, groups in Nigeria such as the Yoruba, his Eastern neighbours in the Niger- Delta and South Eastern axes no longer found comfort in political alliance with him thereby robbing him of vital springboard to assert his political preferences. It is all these problems that Ohanaeze in recent times has come to check by intervening in the political re-ordering by declaring political preferences on behalf of the Igbo. As stated in the beginning of this essay, the Igbo lacked and still lack political structure of centralised authority and it is this lacuna that Ohanaeze Ndigbo has stepped in to fill.

Perhaps, the best known intervention in the politics of the Igbo was the 2015 general elections when the Ralph Uwechue-led Ohanaeze Ndigbo declared support for President Jonathan against the wishes of some Igbo groups who countered with the narrative that the Niger-Delta minorities betrayed the Igbo during the Civil War and have never considered the Igbo as good neighbours or friends worthy of political alliance. They also cited the war policy of abandoned property which the Ijaw supported and benefited immensely from. But the Igbo ignored all these to adopt Jonathan and vote massively for him. And they (the Igbo) are allegedly being punished by Buhari’s regime in his 97/5% ruling scheme which excluded the Igbo from security and other vital appointments except ministerial appointments which 1999 Constitution made mandatory that every state must have a slot.

It is in light of all these historical backgrounds that the Ohanaeze Ndigbo has reviewed Igbo position in Nigeria and have settled that Igbo politics must be anchored on the need for the review of the constitutional and political structure of Nigeria to restore competition and merit-based political economy as opposed to this feudal contraption formed and entrenched by the military rulers under a basic law called the Constitution of the Federal Republic of Nigeria 1999 as amended. The Ohanaeze Ndigbo is of the opinion that the present system benefits only individuals whom it turns into billionaires over a space of four years but impoverishes the people and the country to the point of rendering the country a failed state bedeviled with political turbulence, crimes and poverty. The Ohanaeze Ndigbo has made clear its position that it is in favour of a political party and presidential candidate that accept restructuring as their key agenda and never shied away from presenting this position to the people and the public.

It is in the light of the foregoing that Ohanaeze’s endorsement of Atiku and PDP must be understood and appreciated. Ohanaeze Ndigbo is being historically conscious as recent events have signposted. The Indigenous Peoples of Biafra’s agitation for separate state, the Boko Haram insurgency for an Islamic caliphate incorporating Nigeria or larger part of it in the ISIS Caliphate, the Niger-Delta agitators, etc. only call to mind the need to review Nigeria’s term of union to avoid forcible breakup and descent into chaos. The governors, ministers and sundry South-East politicians confronting Ohanaeze’s intervention are not on the side of history. They are guided by extant political expediency. 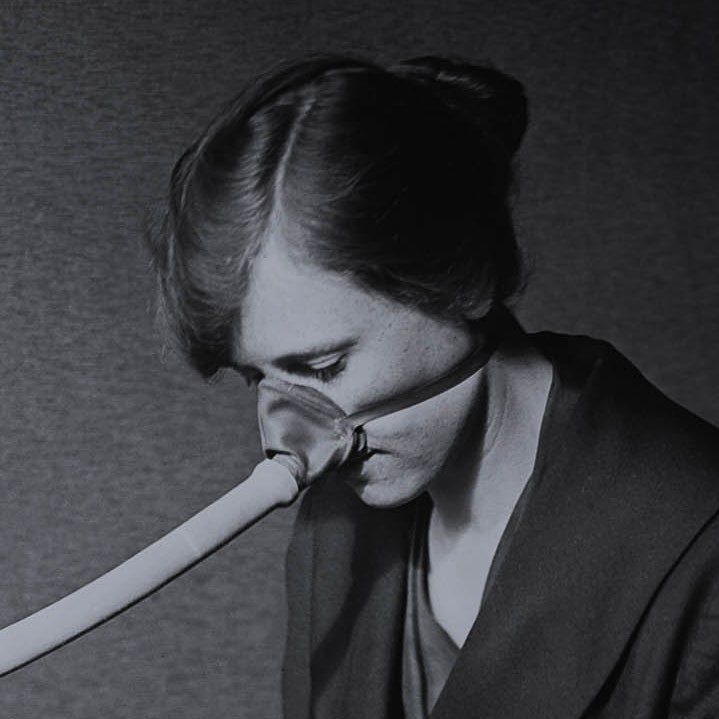 Strategies and lessons from the Spanish-Flu pandemic of 1918

On the politics of service delivery

ELECTION MILITARISATION: When the US gave its verdict on 2019 elections