Pornographic films, others worth N2.5b seized by Censors Board

Pornographic films, others worth N2.5b seized by Censors Board

Mrs Bola Athar, Acting Director of Operations, National Film and Video Censors Board (NFVCB), has disclosed that the board seized pornographic and other unclassified films worth N2.5 billion in two years.

She made the disclosure in an interview with newsmen at a dinner reception on Sunday night in Abuja to mark second year of Mr Adedayo Thomas as Chief Executive Officer of the board.

NAN reports that top management staff, industry stakeholders and other functionaries of government were present at the event to felicitate with Thomas for effectively steering the Nigerian movie industry in the last two years.

2019 UTME: JAMB to investigate inability of candidates to do biometric verification

Athar, who took a retrospective look into the activities of the board for the period, said the feat was unprecedented.

According to her, the seized items include production equipment, DVDs, CD copies of 20 in 1 video films, unclassified foreign and local films as well as pornographic materials.

“This is the first time in the history of NFVCB that its Director-General will go for raid operations and in two years, the board sanitized the market of unwholesome films, valued at N2.5 billion.

“These items include pornographic films, unclassified local and international movies as well as machines for mass duplication of films.

“These items were seized during our enforcement operations across the country, including Kaduna, Benin,Warri, Kano, Onitsa and Lagos, to serve as deterrent and prevent such illegal products from selling in the market,” she said.

Athar explained further that suspects arrested during the period had been charged to court in accordance with the enabling laws of the board.

She also said that the board had strengthened relationship with relevant stakeholders, including the police, whose enforcement operations yielded the desired results.

“For example, Adedayo Thomas led a team of our men with the help of the Police to invade the Alaba International Marke, known as the hub of piracy in Lagos.

Bill on modernisation of agriculture will transform Nigeria — Senate

“That operation resulted in the removal of unapproved film and video works, with street value of over N50 million, from the market and many suspects arrested.”

Athar noted that the board under its current leadership, had been repositioned to provide staff with better welfare package and strengthen relationship with relevant stakeholders and industry players.

She, however, urged all filmmakers operating in the country to ensure total compliant with the NFVCB regulations, to avoid legal actions.

She said that the board had articulated an integrated public enlightenment strategy aimed at raising awareness of stakeholders in the film industry.

NAN reports that as part of the event, a Five-year strategic Plan document was handed over to Thomas by his management team.

Mrs Fatima Abdulkadir, Director of Planning, Research and Statistics, who presented the document to Thomas, said it was a compendium of the NFVCB programme for 2019 to 2024.

Abdulkadir, the most senior director in the board said: “We have a committee that consists of members drawn from every department of the board who came up with this document that contains what we intend to do in the next 5 years.

“It will be followed by an implementation plan, all geared toward repositioning the censors board as a regulator of the largest film and video industry in Africa, and second in the world.”

NFVCB,  a Federal Government body that regulates the films and video industry in Nigeria, is empowered by law to classify all films and videos, whether imported or produced locally.

It is also the duty of the Board to register all films and videos outlets across the country, as well as keep a register of such outlets, among other functions.

President Muhammadu Buhari appointed Thomas as Executive Director of the board in March, 2017. 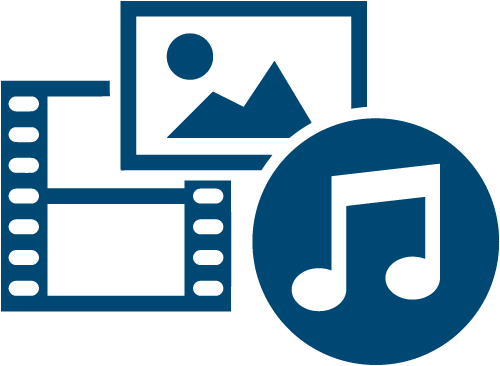 Censors Board Moves to Levy Contents Sold in Lagos

Customs seize N1.1billion worth of goods amid COVID-19 lockdown