27 Stadia: Deconstructing the lies and stating the obvious

27 Stadia: Deconstructing the lies and stating the obvious

I have explained the construction of a one-stop-shop recreational/sporting centre across the 27 local government areas, a project funded by the Local Government Areas. Indeed, the LGAs are enjoying autonomy financially, but I won’t buy the school of thought that the state government, led by Chief Emeka Ihedioha is oblivious of how the LGAs spend their funds. No, the state has a duty to ensure that the projects they are embarking on will have a direct benefit on the people.

On the issue at hand; a One-Stop-Shop for Youth (OSSY) centres as contained in the manifesto of Gov. Emeka Ihedioha will provide a good environment where skills acquisition programmes, sporting events and talent hunts at LGA levels will be held. This initiative is wrongly given the nomenclature, stadia which has made believe the Governor is constructing Nest of Champions or Dan Anyiam Stadium. It is to be stated that the project is not the construction of 27 Dan Anyiam Stadium across the 27 LGAs of the state as mischievously circulated on social media.

It is the picture of a stadium and the huge funds associated with erecting one that is generating the negative reactions. Of course, the state, with its present financial status, married with enormous works to be done, cannot afford to embark on projects that are white elephants. Currently, the stadium in Owerri is undergoing renovation to meet international standards. The renovation wouldn’t have got the approval of the state government if indeed the state government was planning to erect 27 stadia in the state.

For clarity sake, the project is way below a stadium. The concept is to have a central meeting point for the people at every local government. A place that will take care of the social needs of people at the LGAs. Physical exercise, Children’s Day celebrations, Independence Day events, skill acquisition programmes for the youths, official local government functions and other social events will take place at these centres. The over-reliance on Dan Anyiam stadium for functions that could be hosted in the LGAs will by this initiative reduce and draw the government closer to the people.

The present government of Imo state, led by Rt. Hon Emeka Ihedioha is firm on its promise to revive the LGAs and the construction of this recreational centres is a pointer that the government is really determined to make the third tier of government a mini-state government as it ought to be. If events that are hitherto held in the state capital are now taken to the LGAs, it is left to only the imagination the economic boom the LGAs will witness. The autonomy of the LGAs is not only restricted to its finance but also to make it an independent entity all in ramifications.

One of the promises made by Gov Emeka Ihedioha was prudence in the management of the state’s resources. When the LGA chairmen came up with the proposal of building A One-Stop Centers in the LGAs, Gov Emeka Ihedioha reconciled it with his manifesto and considered its benefits to Imo people, top of which was providing employment opportunities for the youths of the state.

The sand and the stone

Tell your kids lies and they lie more as adult, research reveals

The farmer and the well

The event planning pitfalls and how to overcome them

The president and the rule of law (The New Year message)

The police and the Ibadan 50-naira industry

The NDDC, corruption and the politics of dirt

Ike Ekweremadu and the challenge of the future 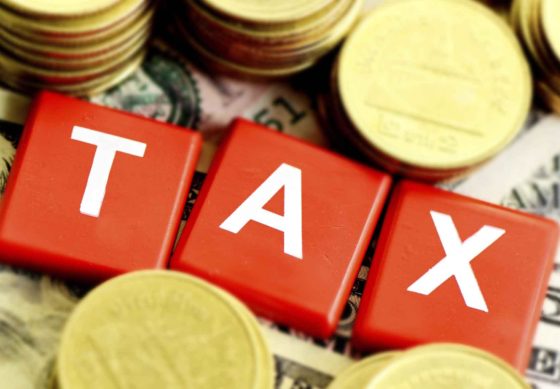 Connectivity and the devt agenda: Is govt taxing away our future?

Odegbami: Television, NTA and Sports – the Tragedy and the Lessons From Uyo!