The chance of Jo Swinson, the leader of the  United Kingdom’s Liberal Democrat occupying 10 Downing Street in the nearest future is very slim. She is, for now, a long shot at the post of the Prime Minister, but not because she does not have the qualities or capabilities. No. She comes across as the cool-headed individual that the country needs right now to correct the wrong decisions that seem to get everyone going round in circles.

If only politics work according to wishes, Jo would, at this moment be on the road to Buckingham Palace to ask for the express permission of the Queen to form a government. She would have presented herself as the only credible alternative to the confused leadership in the country. I have a feeling that the Queen might be wooed over by the charming and infectious smile of the Lib Dem party leader.

Of course, we know politics do not work this way. It is a game of numbers – the highest of all. There are two reasons why the Queen would not entertain the thought of granting Jo the power to form a government. Firstly, Jo does not have the numbers and secondly, no election has been called yet. Although the incumbent Prime Minister, Boris Johnson is trying desperately to call a general election, the leaders think the call is for selfish reasons. Therefore, there won’t be any result until the elections are held. As a result, Jo has to wait and present herself to the electorates to know her real political worth.

These are wishes and Jo won’t indulge in any of them. She seems more like a practical woman who works hard for her gains. You cannot deny her the praise for working her bones off since she took over the reins of leadership of the Liberal Democrats. She has kept the momentum for the party going and thereby on a plus side generating more awareness.

The hard work is paying off, as the polls figures are on the rise for her party. The latest poll suggests the Lib Dem is on course to becoming the official opposition party in the country. It revealed many citizens are willing to vote for Jo and her party rather than go along with the “in-betweener” opposition Labour Party or the overbearing Tories. This is no surprise, as the Labour Party seems to be losing all credibility day by day. No thanks to Jeremy Corbyn’s refusal to take a side on the BREXIT debate.

For whatever strange reasons, the Labour leader has been very evasive on his position on BREXIT. Not many people, especially prominent Labour members have found this funny in any sense, rather there is a sense of disillusionment and discontent in the opposition camp. The result is that many old-time members have abandoned the party and pitched tents with the Liberal Democrats.

The gains of the Lib Dem are the losses of the other parties, for example, the current implosion within the ruling Conservative Party. As a fallout of the withdrawing of the whip of some rebel Tories, Lib Dem was gifted with new members. Besides, the party’s image has shut up the roof since Jo won the leadership elections in July. Her style seems to appeal to many people than what the previous party leaders had offered.

It is on record that for the Liberal Democrats, there is no dilly-dallying making decision on the contentious subject of BREXIT. The party has never hidden its position on BREXIT – to remain. They have never wavered in their campaign to keep the country in the union. Although they could not get the result, they desired, they have never given up on this position – they have continually pushed for a second chance. Tim Farron, the former leader fought the 2017 election “on a clear and unequivocal promise to restore Britain’s prosperity and role in the world, with the United Kingdom in the European Union, not outside it.”

I wrote on May 4, 2017: “I “love” this party, led by Tim Farron. There is no pretence about Farron or the members of his party. They know their capabilities and are not deceived into thinking they can change this overnight. When they have opportunities, they do celebrate their political gains and make no effort to hide their failures. Anyone remembers Nick Clegg again? He was the “hatchet man” that led the party to the Coalition government of 2010. The party had never had it so good up until then, in recent times.”

It is in this wise that the new leader, Jo, alongside her party officials and members, evaluated the situation and the mood in the country and took a decision based on what they think is in the interest of all the citizens. In her first-party conference as a leader, she emphatically stated what her mission for the country would be. As she walked on the stage to a thunderous standing ovation, one could see the confidence in this new leader. The confidence was matched by the assuring trademark toothy smile from a liberal politician that is unafraid to share her views. She did not disappoint.

She looked into the audience and stated the position of her party on BREXIT. There was no mincing of words, no stuttering or distractive coughs. She aims to revoke Article 50 and stop BREXIT. She said: “The first task is clear. We must stop BREXIT. And we are crystal clear: a Liberal Democrat majority government will revoke Article 50 on day one. Because there is no BREXIT that will be good for our country.

“Europe makes our United Kingdom stronger. But BREXIT hurts our family of nations. For so many, the 2016 referendum ushered in a new kind of politics. Driven by hate, fear and division. But for those of us who had lived through the 2014 independence referendum in Scotland, it all felt too familiar.”

With uncertainties in the corridors of power and the citizens extremely confused watching leaders who seem not to know what they are doing, you won’t blame Jo for coming hard as such. In times when many respected political leaders speak from both sides of their mouths, there is a need for a new set of fresh faces to emerge and take the lead. And Jo is a fresh face. Right now, the citizens are terrified of the future, watching with popped eyes as the leaders play roulette game with the future.

The citizens look on in disbelief as leaders who should stand up and be counted on the side of the truth renege on their promises many times. To the politicians, nowadays, it is not about what they believe in any more, but who they believe in and how this aligns with their electoral fortunes. The irony of this is the citizens are left at the mercy of the decision of these lots. And they wonder if the indecision and foot-dragging on BREXIT would ever end.

Jo Swinson is an impressive woman. She gave a clear signal of the direction she would face in her acceptance speech in July when she said in part: “… I felt so gutted about the result. Not about the specifics of this or that EU institution. This was about who we are as a country. It feels like our liberal values are under attack. We champion freedom – But Brexit will mean the next generation is less free to live, work and love across Europe. We value openness – but Britain is in retreat, pulling up the drawbridge.”

Jo may be the youngest leader of the Lib Dem or any UK major party till date, this has not taken anything away from the handling of the responsibilities placed on her fray shoulders. Many people have compared her to Nicola Sturgeon, the Scottish Nationalist Party Leader, but this does not go beyond the fact that these two women are Scottish and are making their marks in party leadership.

Let us be optimistic that Jo’s energy will not burn out fast Here is hoping that she will, one day, very soon be called upon by the Queen to form a liberal government that will revoke the decision of the majority of Brits.

ANSG to Establish Cancer Treatment Centres Across the State 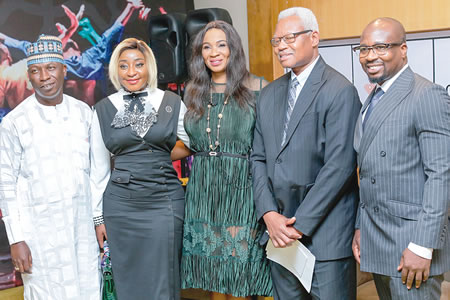