The Value Added Service VAS segment of the Information and Communications Technology, the ICT industry is one of those that built the sector’s confidence to take over from oil as the mainstay of the economy.

The segment which debuted only in 2007 gradually built itself into an N300 billion market in just about 12 years.

However, last year a few things happened, and the fortunes of the segment hit a downward trend.

The Nigerian Communications Commission, NCC introduced the Do Not Disturb, DND code enabling telecom subscribers to activate a code that will permanently bar telecom operators from sending unsolicited messages and commercials to their phones.

The NCC DND directive cut into the revenues of VAS operators, and, like a bolt from the blues, the blossoming N300bn market suddenly crashed to N79 billion in just two years.

However, the NCC itself has waded into the matter with a VAS stakeholders’ forum aimed at championing collaborations to strengthen the market.

The forum which happened in Lagos gave stakeholders a peep into what led to the crash of the industry.

Sharing insight into how a once blossoming market lost its glory, National Coordinator of Wireless Application Service Providers Association of Nigeria, WASPAN, Mr Chijioke Ezeh said: “It’s the embargo on marketing and the DND that the NCC introduced. It cut us off. We couldn’t get our services to the subscribers and as expected our revenues began to go down.

“Cutting off subscribers and also clamping down on marketing for over a year, means we cannot get new subscribers for our different services, and in some cases, some networks wiped off everything that we have accumulated over 12 years.

“So, the market that took all of us 12 years to develop to N300 billion, was wiped off last year September 15 when this directive was enforced and from then till now, we’ve not been able to come back.

WASPAN threatens to shut down

Ezeh, however, threatens that his association may be forced to shut down all services if nothing is done to revitalise the market so that the entire telecom sector will be hit with the impact of a sector without value-added services.

For him: “what is happening now is that the operators take our services, monetise it and we get nothing out of the monetisation. What we are planning to do is shut down those services permanently so the impact will tell on the economy and perhaps it will kick off genuine conversation and collaborations needed to bring the market back on track in the interest of the end-users.”

He also urged the banks to become more interested in the issue and act accordingly because shutting down the shortcode will mean shutting down banking services.

NCC regrets the effects of DND

Regretting the effects of DND on the VAS market, Director, Technical Standards and Network Integrity at NCC, Bako Wakil, said the purpose of the introduction of DND was not to bring down the VAS market but to protect the interests of customers.

According to him, now that the industry has come together for a solution to the DND issues, the commission will examine the solution proffered and see if it is acceptable.

The regulator said it had introduced 2442 Do-Not-Disturb shortcode activation for subscribers who did not wish to receive unsolicited text messages, while a toll-free line was provided for consumers to report issues related to unsolicited messages and data renewals, among others.

Wakil said, “Two years ago, the industry was over N300bn but the figure we got today showed that the industry is about N79bn and it is declining and this is because of the introduction of DND.

“The intention is not to bring down the market or the performance of the sector but as a regulator, we considered the consumers, with the kind of money they are losing without their consent. We have to address the needs of the consumers even though that has affected the investment in that sector. if we get any solution that will take into cognisance the concerns of the consumers, we will look into it and implement so that the sector will bounce back to its former glory.” 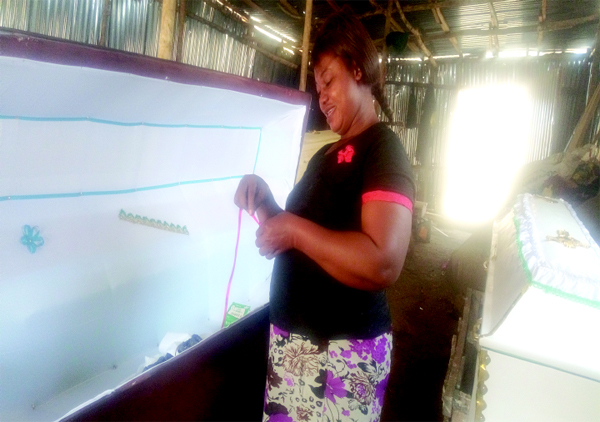 How FG lost N240bn to electricity firms for unused power

How to make Nigeria’s federalism work