In a move aimed at reducing the cargo handling timeline at the ports, the Ports and Terminal Operators Nigeria Limited, PTOL, has unveiled two new container handling equipment, to boost its operations.

PTOL’s Chairman of Board of Directors Chief Dennis Okafor spoke of the board’s plans of having PTOL as the preferred gateway for South-East and South-South Nigerian cargoes, hence the seriousness with which the board approaches investments that would boost service delivery to all customers.

Also speaking, the company’s Secretary, Barrister Chioma Nwakoni expressed satisfaction at the rate of progress PTOL has seen, noting that this is only the beginning as a more significant investment will make PTOL the terminal operator of choice for Eastern Nigeria.

Okwuanyi revealed that with the arrival of the two new reach stackers delay in container positioning, customs examination, loading and unloading of trucks has been eliminated.

Before the arrival of the two new Kalmar Reach Stackers, PTOL could barely handle two vessels in a month. But between September 6 and now, there have been about 300 per cent increase in delivery time. PTOL now boasts of eight reach stackers, two empty container handlers and numerous forklifts and trucks.

Vessel turn-around time at PTOL has increased dramatically since May this year. Where container vessels used to stay alongside for 12 days, the vessels are now turned around in less than three days.

Meanwhile, the Managing Director of PTOL, Denrick Moos, said in a statement that the support of the company’s board of directors, as well as the team effort of the workers, contributed to the phenomenal successes recorded by the company.

Moos said: “PTOL as an indigenous terminal operator has the capabilities and capacity to handle even more shipping lines as equipment availability and stacking space are no longer constraints.

“This is further demonstrated by the increase in clearing agents also patronizing PTOL, which is a pointer to the fact that PTOL is moving in the right direction as far as customer service delivery is concerned. All of this at a lower tariff than their main competitors which will lead to increased patronage of PTOL.”

Present at the commissioning ceremony at the new stacking yard of PTOL, which has stacking capacity for an additional 1,000 containers were Chief Dennis Okafor, chairman, PTOL board of directors; Chief Mike Nwaukoni and the Company Secretary, Barrister Chioma Okwuanyi. Nigerian Ports Authority was represented by Engr. Yunusa Ibrahim Anji. 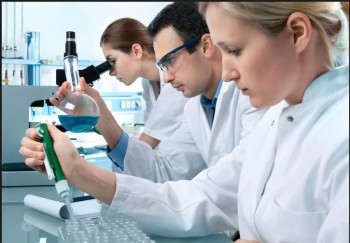