NASS will include card reader in new electoral act –Omo-Agege

NASS will include card reader in new electoral act –Omo-Agege

The Deputy President of the Senate, Ovie Omo-Agege says the National Assembly will give legal backing to the card readers in the new Electoral Act, to further enhance the integrity of the electoral process in Nigeria.

He gave the assurance when he received the Nigerian Representatives of the African Union Economic, Social and Cultural Council, (AU-ECOSOCC), led by Dr. Tunji Ashaolu in Abuja on Thursday.

A statement by his spokesperson, Yomi Odunga in Abuja, quoted Omo-Agege as saying that it was important the card reader be made part of the legal regime for elections.

He said the senate maintained that card reader would ensure credible polls. According to him, the mistake of the Eighth National Assembly is that the amendment of the Electoral Act breached ECOWAS Protocol, which will not be repeated.

“I am sure any minute from now, we are going to be coming up with a revised Electoral Reform Amendment Bill that will address issues that are very dear to us and issues that came to the fore in the 2019 elections, most especially revolving around the legality of the card reader.

“We know that there is no way you can have genuine, credible, free and fair elections in this country without addressing the issue of the card reader.

“Most of the litigations that arise from the 2015 and 2019 elections have always centered around the legality or otherwise of the card reader.

“The courts have made it very clear that as far as they are concerned, Section 49 of the Electoral Act is very clear that the only document recognized by law for purpose of accreditation is the voters’ register.

“To the extent that we believe that we want to introduce any innovation including but not limited to the card reader.

“We are hellbent on doing that, and we actually tried in the committee that I served on in the eighth senate but the leadership of the eighth senate delayed it and by the time it passed, it had run into challenges with the ECOWAS Protocol,” he said.

He, however, explained that contentious areas in the amendments made by the eighth National Assembly would be removed before the bill will be passed and sent to the President for assent.

Omo-Agege, who represents Delta Central Senatorial District, also expressed the desire of the ninth senate to ensure that the Petroleum Industry Governance Bill (PIGB) was given accelerated approval.

He assured that the bill would have the buy-in of the executive arm of government to avoid the mistakes of the past. He said: “This time around, it is the determination of the ninth senate that we are going to have this (PIGB) passed.

Earlier, the leader of the delegation, Dr. Tunji John Ashaolu, emphasized the need for Nigeria to take its rightful place in the African Union (AU). He also called on the National Assembly to immediately revisit the Electoral Act Amendment Bill, as well as the Petroleum Industry Governance Bill.

NASS Will Include Card Reader In New Electoral Act – Omo-Agege

NASS will include card reader in Electoral Act – Omo-Agege 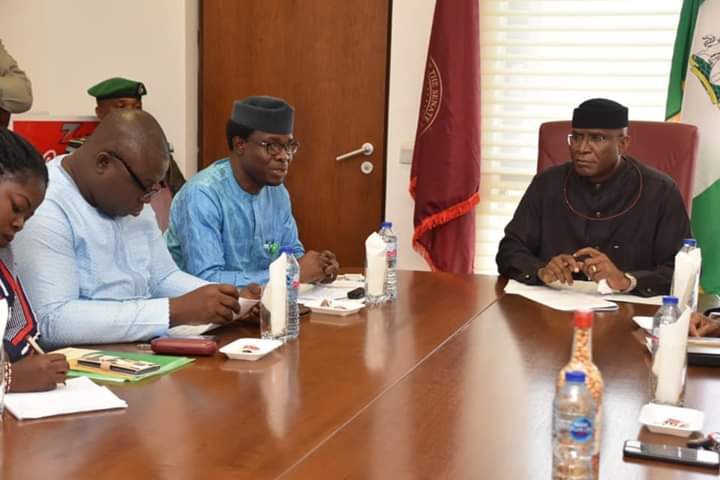 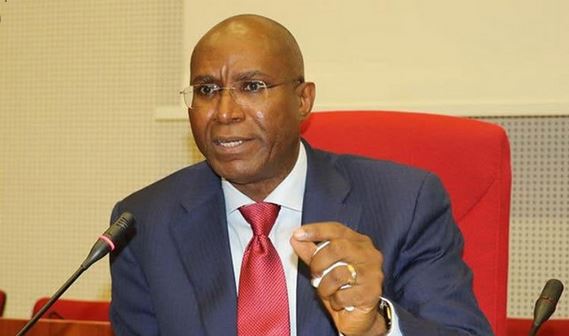