Lionel Messi scored his first goal of the season as Barcelona beat Sevilla 4-0 on Sunday to climb into second place in the La Liga standings behind Real Madrid.

The Catalans, however, ended the game with nine men as Ousmane Dembele and debutant Ronald Araujo were sent off.

The victory saw Barca leapfrog Atletico Madrid into second place on 16 points, two behind leaders Real who they meet in three weeks’ time at the Camp Nou.

Atletico Madrid are third on 15 after drawing 0-0 at Real Valladolid on Sunday. Barcelona rode their luck in the early stages of the game as Julen Lopetegui’s Sevilla made an ambitious start but failed to take their chances.

While the Catalans were ruthlessly efficient and scored three times in eight first-half minutes. Luis Suarez gave the champions the lead with an outstanding bicycle kick in the 27th minute and their Chile midfielder Arturo Vidal then got a crucial touch on a tame shot from Arthur Melo to double the lead in the 32nd.

Frenchman Dembele, who started ahead of 120 million euro (107 million pounds) signing Antoine Griezmann, made it 3-0 in the 35th with a superb solo dribble and finish.

Barca captain Messi scored from a free kick in the 78th to finally get off the mark in a season blighted by injuries but there was a sour end to the game for Ernesto Valverde’s side.

Uruguayan defender Araujo had made his debut by replacing the injured Jean-Clair Todibo but was sent off 14 minutes later for a last-ditch challenge on Javier Hernandez, while Dembele was dismissed for protesting the decision.

Referee Antonio Mateu Lahoz explained in his report that he showed Dembele a straight red card for saying “very bad, you are very bad” and waving his arms at him.

The forward will be suspended from Barca’s next La Liga game at Eibar and is in danger of missing the ‘Clasico’ against Real, as players who have said similar words to referees in recent seasons have been handed two-game bans.

Barca’s scorer Vidal said they deserved the big victory. “We were superior to them the whole time, we were always putting them under pressure and we are worthy winners,” he told reporters.

“We were up against a team who are good with the ball and on the wings but we dominated them in those areas.” Lopetegui’s last visit to the Camp Nou was a painful affair as his then Real Madrid side were hammered 5-1 by Barca in his final game in charge before being sacked, and this was a similarly galling experience for the former Spain coach.

His Sevilla side created three clear chances to take the lead but missed them all as Dutch striker Luuk de Jong was thwarted by keeper Marc-Andre Ter Stegen and then missed the target, as did Brazilian midfielder Fernando.

The luckless De Jong then had a chance to strike back for his side early in the second half but hit the post, one of 16 attempts for Lopetegui’s side, who only found the target four times. Barca had 15 shots, with eight on target.

“It’s a crushing and undeserved defeat,” said Lopetegui. “We played very well, we were brave and we tried to do what we had worked on in training but we couldn’t take our chances.”

Sevilla midfielder Fernando added: “We had so many chances to score, but if you switch off for one second at the Camp Nou you get punished.”

Rudiger: Neville urges players to walk off if racially abused 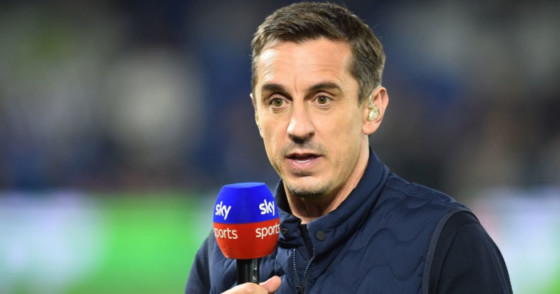 ‘We have a racism problem’ ― Neville calls out Premier League, politicians

Chelsea vs Aston Villa: Lampard singles out one player

Brazilian player sent off in Ukraine for reacting to racist insults