#SexForGrades: Nigerians chide COZA for not reacting like Foursquare

#SexForGrades: Nigerians chide COZA for not reacting like Foursquare

Nigerians have taken to the social media to chide Commonwealth of Zion Assembly (COZA) for not taking a decisive response against its founder, Pastor Biodun Fatoyinbo just as Foursquare suspended, Dr Boniface following the release of BBC’s Africa Eye documentary video.

Pastor Biodun Fatoyinbo was accused by Timi Dakolo’s wife Busola Fatoyinbo to have raped her when she was 18 years old.

Dr Boniface, a senior lecturer in the Faculty of Arts, University of Lagos, Akoka (UNILAG) was revealed in a documentary by BBC titled: “‘Sex for grades’: Undercover in West African universities” making sensual advances towards an undercover journalist who posed as a 17-year-old girl in search of admission into the institution.

Boniface is a pastor of a local Foursquare Gospel Church and following the widespread of the news, the church released a press statement stating the lecturer has been asked to step-down. 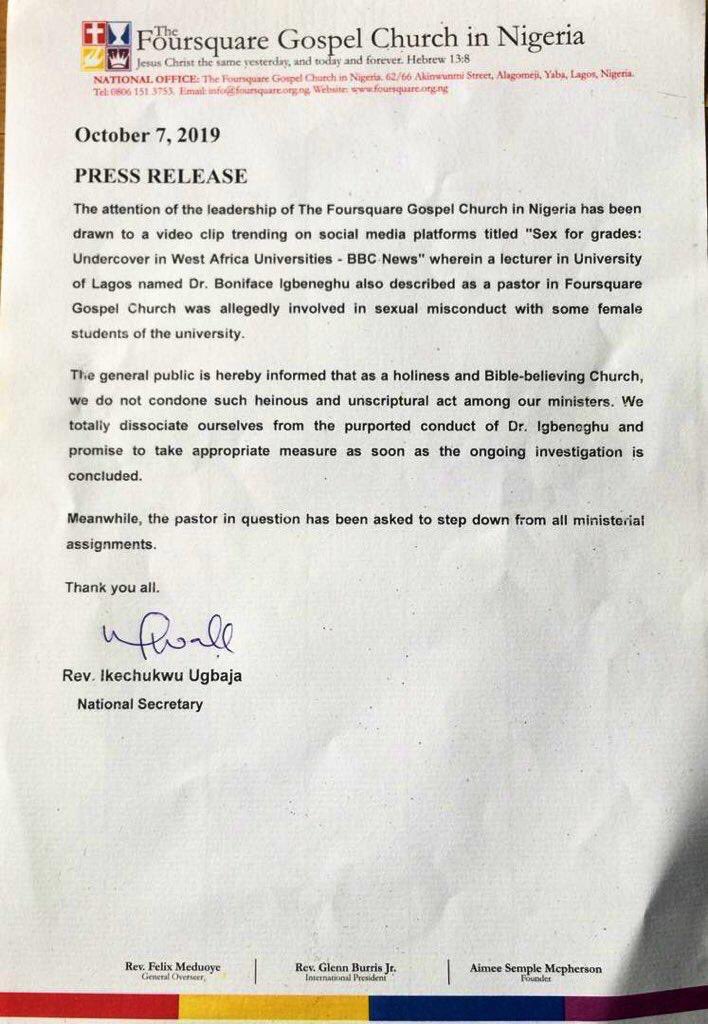 Nigerians comparing the response of the two churches to the similitude allegations express their opinions.

Some Nigerians opined that COZA should have taken similar action just as Foursquare did.

“I hope COZA learn a thing or two from this, you don’t cover SIN in the name of been a man of God, your Pastor cannot be greater than David yet he was punished when he erred!” [email protected]

“When the church name is not COZA? Baba has been suspended by Foursquare.” [email protected]_

“This #SexForGrades undercover move is what shld ve been done for Fatoyinbo COZA. Plant One nice spirit filled pawon babe

inside his pastoral care team, b4 u say “Jon Bull” he’s offering her a higher level of Grave & all the doubters can watch it in HD.” –@walegates

Some Nigerians, on the other hand, had a second look at the argument and opined the case of COZA should not be compared because the allegation is against the head of COZA himself.

“The difference between COZA and foursquare is that the allegation for COZA was directly on the CEO. Yes CEO because church has become a sole proprietorship” — @ujuAmara2

“The documentary of #SexForGrades in some institutions shouldn’t have been a reference to Biodun Fatoyinbo of COZA. If not that, Fatoyinbo cannot probe the MD/CEO of COZA….” –@YusufOlatunjiA

Other Nigerians have a different opinion. These categories believed Fatoyinbo should have honourably stepped down.

“Yes Fatoyinbo is the owner of COZA, but the honorable thing to do is to step down, at least for the sake of the church.” –@Tacha_D_Unburnt 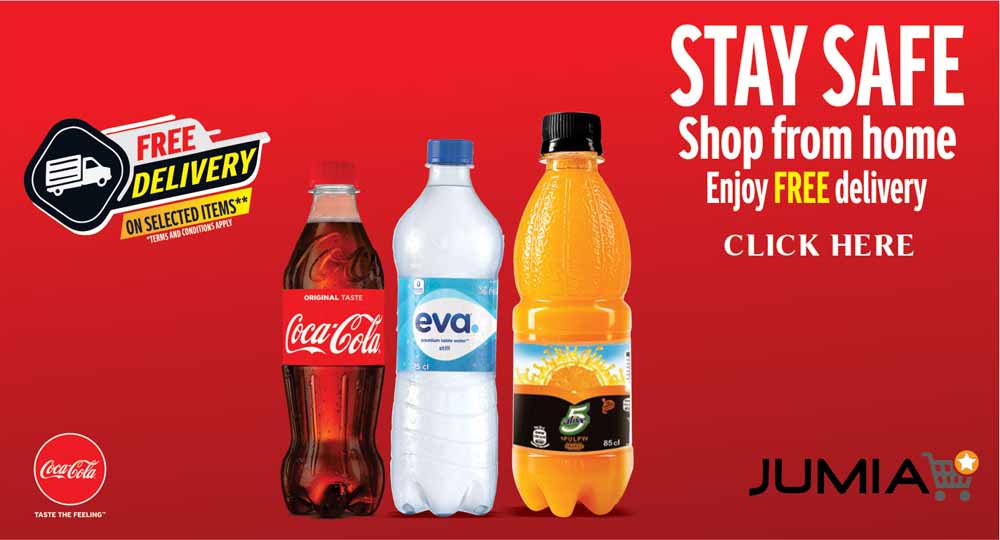 No excuse for not securing lives of Rivers people — Wike

COVID-19: Jumia, Coca-Cola collaborate to give consumers access to products from homes

No excuse for not securing lives of Rivers people, says Wike