General Buratai: Many generals in one

General Buratai: Many generals in one

The urge to serve one’s fatherland is innate and springs from an inner motivation to give all of what a leader embodies in life without reservation as expressed in the wit of Giuseppe Garibaldi. Nigeria’s Chief of Army Staff (COAS) and henchman of the counter-insurgency operations, Gen. Tukur Yusufu Buratai is a stunning depiction of a quintessential, selfless, patriotic, committed and talented leader.

Over the years, Gen. Buratai has proven that he was not goaded into a military career, but he voluntarily opted for it to faithfully serve his nation at any cost. So, while leading the battle against insurgencies and insurrections’ in Nigeria, Nigerians were astounded with his consistency, honesty, dedication to all assignments and his zeal to succeed against all odds.

In future when Nigeria’s history on Boko Haram terrorism is retold, Gen. Buratai will be fondly remembered as an Army General who made the difference in the fight against terrorism. He will be remembered as the messiah and nemesis of Boko Haram insurgents. Gen. Buratai will feature as the liberator of trapped communities or villages in the Northeast and rescuer of the oppressed victims of insurgency in the region and Nigeria.

When President Muhammadu Buhari appointed Gen. Buratai to spearhead the national assignment of ending Boko Haram insurgency in the country, it was a mandate many thoughts was not executable on account of the many hurdles in his path. Many also thought with the tough and raging Boko Haram insurgency war on Nigeria laced in asymmetrical warfare, the Army Chief and his troops would make no impact, just like his predecessors.

But Gen. Buratai has proved his sceptics wrong. Widely reputed as a warmonger and expert combatant of the finest breed, Gen. Buratai assumed it a personal challenge, if Boko Haram terrorism thrives in Nigeria under his reign as leader of anti-insurgency operations in the country.

The Army Chief started with personal rebranding of conduct, outlook and approach to the counter-insurgency operations. He sipped extensively from the wisdom of America’s most coveted war expert and diplomat, General Colin Powell who said that; “The most important thing I learned is that soldiers watch what their leaders do. You can give them classes and lecture them forever, but it is your personal example they will follow.”

Therefore, Gen. Buratai was no longer an Abuja leader of the counter-insurgency operations, confined to the cosiness and cushioned chairs of his office at the Army Headquarters’ (AHQs) Abuja. He did not only relocate the Command Theatre to Maiduguri, the hub of terrorism but also remained in the region, crisscrossing from the community to community and personally led troops in assaults on terrorists in many instances. Sometimes, Gen. Buratai would dust his COAS garbs and play the role of field instructor to Special Strike Teams.

In simplest terms, Gen. Buratai led by example and therefore, subordinate Commanders and troops who were hesitant to battle insurgents on the frontlines under the malicious conviction that their superiors “sat in Abuja and sent them out to be slaughtered” by Boko Haram replicated Buratai’s example after sighting their boss in the trenches.

A renowned German, Field Marshal Erwin Rommel once punched that a good military leader must; “Be an example to your men, in your duty and in private life. Never spare yourself and let your troops see that you don’t in your endurance of fatigue and privation. Always be tactful and well-mannered. Avoid excessive sharpness or harshness of voice, which usually indicates the man who has shortcomings of his own to hide.”

In effect, Gen. Buratai’s presence and conduct on the battlefield in the midst of troops gingered enthusiasm, loyalty, endurance, patriotism and boosted their morale. Famed as a war strategist and tactician, he was handy to give orders in difficult scenarios’ in the course of the battle.

Thus, in no time, the asymmetrical war strategy adopted by terrorists, which was their greatest strength and weapon in terrorizing Nigerians was dismantled. The development saw the gradual weakening of the prowess of insurgents and a drastic drop in the frequency of siege on communities.

And similarly, insurgent’s atrocious acts of abductions, horrendous killings and arsons waned and gradually eclipsed. Gen. Buratai effectively proved to insurgents that he is a better General in asymmetrical warfare.

Much more, Gen. Buratai’s strength of character is disarming, his integrity enviable. Being the ombudsman of counter-terrorism in Nigeria, he is susceptible to inducements from the Iranian based ISWAP terrorist kingpins who are desperate to conquer Nigeria. But Gen. Buratai is a major stumbling block to this devilish ambition and it explains why their agents back home hide under feigned patriotism to campaign for Buratai’s removal from office.

ISWAP is appalled that Gen. Buratai has been able to decimate and defeat Boko Haram, recapture all the 18 LGAs in the Northeast under Boko Haram hegemony; neutralized insurgents from their Caliphate headquarters in Gwoza and freed nearly 20,000 Nigerian hostages. The adversaries of Nigeria are sad that Gen. Buratai has also conveniently confined insurgents operations to remote areas in Borno and the Lake Chad Basin. ISWAP can offer gold to any leader of counter-insurgency operations in Nigeria to soft-pedal in order to allow them ingress into the country to torment the people.

But they have met a regrettable bulwark in Gen. Buratai who is committed to fulfilling his pledge of complexly routing out Boko Haram and delivering back to Nigerians, a country extricated from the fangs of terrorism for national peace and security. Therefore, even in strength of character and public conduct, Gen. Buratai remains a towering and irrepressible General.

And those amazed at the streaks of victories Gen. Buratai has recorded against Boko Haram may need to have a peep into his administrative and organizational ingenuity which he brought to bear on the Nigerian Army. He inherited an obviously defective army which shirked in battles before enemies of Nigeria.

But he proved his mettle as an administrative General, as he zealously stepped out to reposition the Nigerian Army. He effortlessly achieved his target of grooming a responsible and responsive army, adequately armed in training, professionalism and discipline in the performance of their constitutionally assigned roles as defenders of the sovereignty and territorial integrity of Nigeria.

Focused on this objective, Gen. Buratai launched rare reforms and instituted innovations which have repositioned the Army. It is now rated as the best fighting force in Africa, thus, reclaiming its lost glory on the continent.

Even in policy and planning, Gen. Buratai has demonstrated that he is a versatile Army General. He has ensured that the personnel of the Nigerian Army maintain an apolitical posture and neutrality in all their interactions with the civil populace. The Army Chief has strengthened the cord between Military and civil relations in a manner hitherto unknown in the history of the Nigerian Army.

In all Army formations, the cordiality and civility in interfacing with Nigerians is exhibited by soldiers; while he does not hesitate to punish erring personnel who violate the ethical creeds. He rewards the excellence of soldiers but punishes indolence and recalcitrance. The Civil/ Military relationship is further cemented with generous and soothing Corporate Social Responsibility (CSR) projects to Army’s host communities in a range of sectors.

Interestingly, in the last four years. Gen. Buratai has ordered a dozen operations on Internal Security (IS). And each operation is carefully planned and code-named, as well as targeted to achieve a particular purpose in the constant appraisal of his assignment on the insecurity threats assailing the nation. Nigerians have seen Army operations like “Operation Harbin Kunama” I, II & III, “Operation Python Dance” I & II, “Operation Crocodile Smile,” “Operation Lafia Dole,” “Operation Gaman Aiki,” “Operation Whirl Stroke,” and “Operation Deep Punch” among others.

And Gen. Buratai has never failed to fully consummate the motive of each of the field operations. Pleasantly too, troops have in all instances strictly adhered to professional best practices and Rules of Engagement (ROE) as violations attract stiff punitive measures on the violator in accordance with military tradition.

The ongoing “Clearance Operations” and its retooling with the “Super Camp Strategy in the Northeast region are the multiple ways Gen. Buratai has demonstrated to Nigerians and the world his ingenuity on counter-terrorism. He is indeed, an exceptional Army General.

The dexterity of the Army boss as an all-round General is also manifest in his concern and handling of issues of human rights violations and abuses. Deployment of soldiers for Internal Security (IS) as circumstances have demanded in Nigeria, with the presence of soldiers in virtually all the 36 states of the federation, including Abuja is quite a delicate assignment. There is a high possibility of bruises between soldiers and civilians.

However, Gen. Buratai has positioned the Army to maximally respect the human rights of Nigerians when on IS national assignments throughout the country. And as a foresighted Army General, he envisaged occasional breaches and moved proactively to protect Nigerians by establishing the first Human Rights Desk at the AHQs, and also domiciled it in all Army Divisions to tackle issues relating to alleged violations of the human rights of Nigerians by soldiers.

Gen. Buratai is indeed, one General among many Generals. The COAS is truly what this anonymous military analyst said; “A true leader has the confidence to stand alone, the courage to make tough decisions, and the compassion to listen to the needs of others. He does not set out to be a leader but becomes one by the quality of his actions and the integrity of his intent. In the end, leaders are much like eagles… they don’t flock, you find them one at a time.”

Smith is a freelance journalist based in Nairobi, Kenya.

General Buratai and the return of military innovations 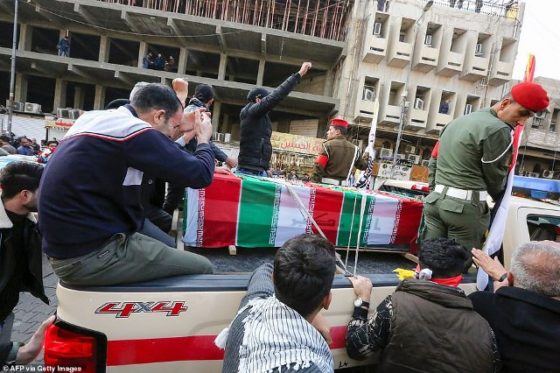 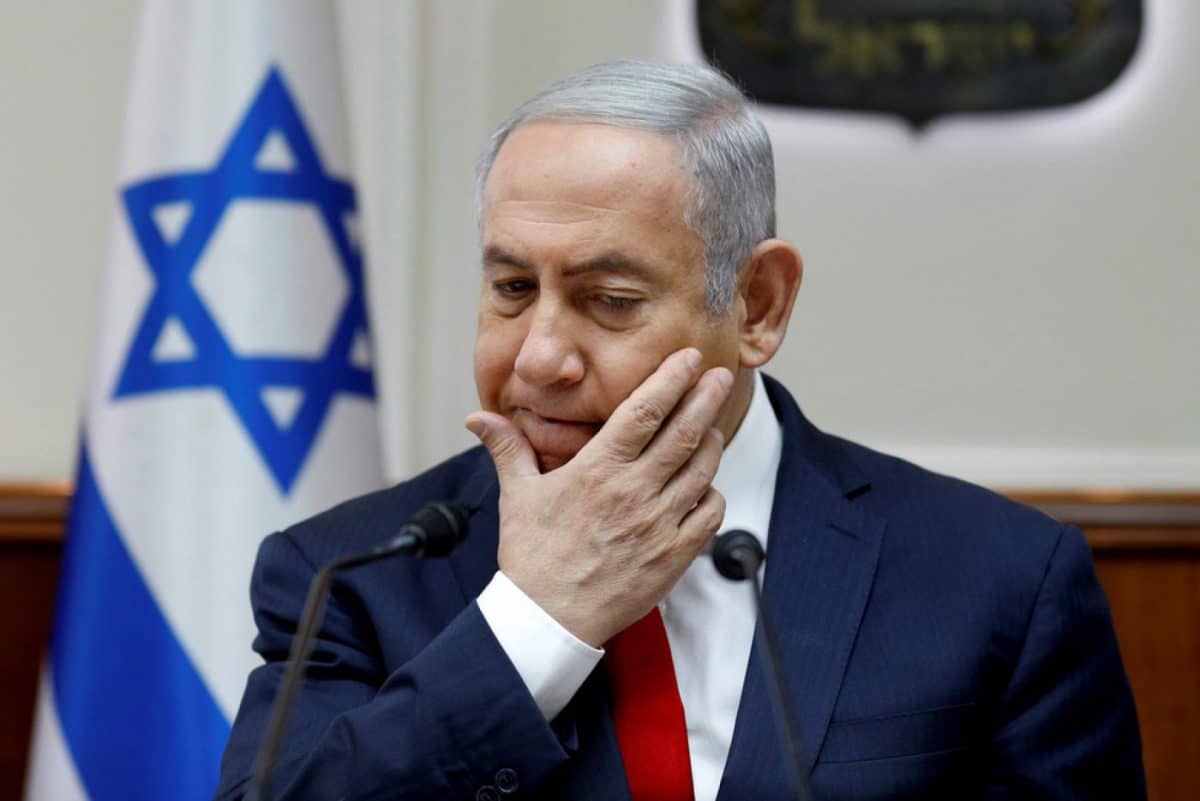 General Danjuma bows out of May & Baker Board 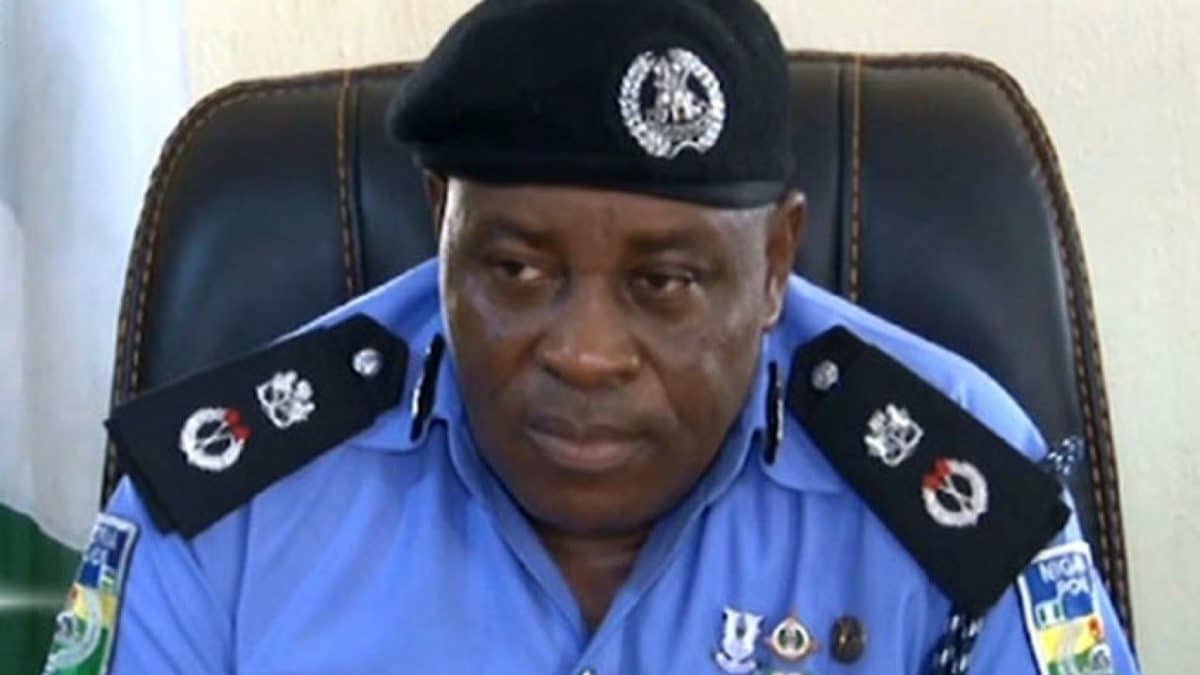