CHIOMA UDE: I was concerned about Genevieve Nnaji

CHIOMA UDE: I was concerned about Genevieve Nnaji

Elegant, innovative and yet very unassuming. That’s Chioma Ude, the Executive Director of Africa International Film Festival, AFRIFF; one of the most celebrated film festivals in the African creative industry.

A cinema enthusiast whose favourite pastime since childhood is watching movies, Ude’s passion for films sparked off a yearning to support the growth of the industry and that culminated in AFRIFF nine years ago.

The graduate of marketing who is poised to develop the film industry so that it competes favourably globally, is one of the very few influential female executives on the African entertainment scene. She spoke to Sunday Vanguard. Excerpts:

I’m a people’s person who cares a lot about people. My major reason for setting up the film festival was to improve the industry. Hence, I founded AFRIFF in 2010 after speaking with film makers. I own a logistics firm and was already involved in a couple of activities in the industry in that capacity prior to 2010. For example, I was involved in the production of the 2007 Nigerian Film and Video Censors Board, NFVCB, road show which held in the UK. Also, in 2008 and 2009, I produced the Africa Movie Academy Awards, AMAA, Charity Benefit.

I actually designed that initiative as an annual Corporate Social Responsibility project for the Africa Film Academy. After producing a number of highly successful film premieres, in 2009, my team got recruited as local producers for the ION International Film Festival, IONIFF, which held in Port Harcourt, Rivers State.

IONIFF is a global tour whose objective is the promotion of global awareness and peace through arts, culture and films. AFRIFF, on the other hand, is a world class showcase that presents a complete immersion into the world of film making with participation from local and international actors, directors, scriptwriters, cinematographers, sound engineers, musicians, editors, light engineers, students, equipment manufacturers and businessmen. It also features an award session annually.

…but how precisely are you “improving”?

I’m doing this through the provision of free capacity training. I actually sourced for fund, put together international facilitators, and began training people across the industry’s value chain. And as we did that, more organisations started coming in to partner us. Ford Foundation came on board and we started sending the best students to America to hone their skills. Later, the French government came on board and best students also started going to France. Another institution also came on board and suggested that we needed to teach co-production and now, the students go to different countries. In return, I also accept students from different countries. I provide them with accommodation throughout their stay in Nigeria. I’m very bad with publicity, so, people don’t even know we do all these. This year, something great and different is coming for the students. This will however not be announced until it’s been signed.

What inspired your passion for films?

I think it is inborn. Nothing inspired me. I’ve always loved films and television; I don’t go out on weekends. I just sit at home and watch movies; everybody who knows me can attest to this.

Also, I lived in America for many years and in all of those years, I did only three things—went to work, church and watched Nigerian movies. I actually studied nursing in the US, worked as a nurse for ten years and later established a recruitment firm which staffed hospitals with nurses. For me, I’ve always wanted to do something to improve the industry, like I said earlier. It’s so funny but I remember I was watching a movie many years ago and saw Genevieve Nnaji’s face looking rough. She was still very young at that time.

I went online and ordered quality facial products, and then sent them to my sister in Nigeria so she could help look for and deliver them to Genevieve. I’m sure she never did though. I’ve always had a strong interest in being part of the industry. I’m naturally a shy person, so, I knew I wasn’t going to be in front of the camera. Fate played its role and somehow, I found my footing in the industry.

Do you find this fulfilling?

I enjoy every minute of it even though it’s very hectic. We had over 4000 films submitted ahead of this year’s edition for example and we had to view every single entry. I’m also very happy because Nigerian submissions were over 400; that’s the highest we’ve ever had in the history of AFRIFF. Nigeria’s film industry is actually going places and getting better and better.

…and what will be significant about this year’s edition of the festival?

I’m excited about every edition but this year’s which will run from 10 to 16 November excites me especially because it has a strong emphasis on women. This is currently the narrative around the world; we have to improve the lives of women. With more women empowered, hopefully, we could make a great change.

So, this year’s theme, SHEROES, emphasizes this. We are focusing on more female films, more female directors, and then going forward, our training has to include 60 percent female. I’m grateful to the US Consulate, Access Bank, National Film Video Censors Board, Filmhouse Group and Century Group for supporting this event.

I am also very excited that this 9th edition of the festival will witness the launch of my baby, nvivo TV. Yearly, we have so many short films come up at the festival; which are not monetised. I’m very entrepreneurial and I believe people have to make money from their works and efforts. Right now, we own a cloud and we are launching the TV in November.

In clear terms, how will AFRIFF 2019 manifest its focus on women?

The opening night film, Waad Al-Kateab and Edward Watts’ FOR SAMA, is very female focused. The director is female and the story takes us on an intimate and epic journey into the female experience during war. The closing film, Akin Omotoso’s THE GHOST AND THE HOUSE OF TRUTH, has two strong females; including the lead character. It also has a female police officer who is very reflective of what we’ll like the police to look like. Most films are directed by men but we were eventually able to have 30% women on our list. That is still very far from our aim of having 50 percent women representation.

EKSU student stabbed boyfriend to death over N2,500(Opens in a new browser tab)

What are you doing to improve the morale of works churned out by the industry so they impact on young minds more positively?

That’s why we keep training. And then now, with co-production, things are definitely going to get better. Co-production gives you a different look and feel into another world. So, you see what the French do, what the Senegalese do, and so on.

Therefore, you want to do things differently. So, there’s a lot of empowerment and exposure for us as Nigerians. In fact, the first time we sent students to America, they were shock to find out that they would be doing documentary filmmaking—which is very big on social change; you know we aren’t used to it here.

What has sustained the vision since inception?

Passion and great friends. People from the creative industry have been fantastic. I tell you, it could be very frustrating doing stuffs in Nigeria but if you are dogged at it, more people will key into your vision. 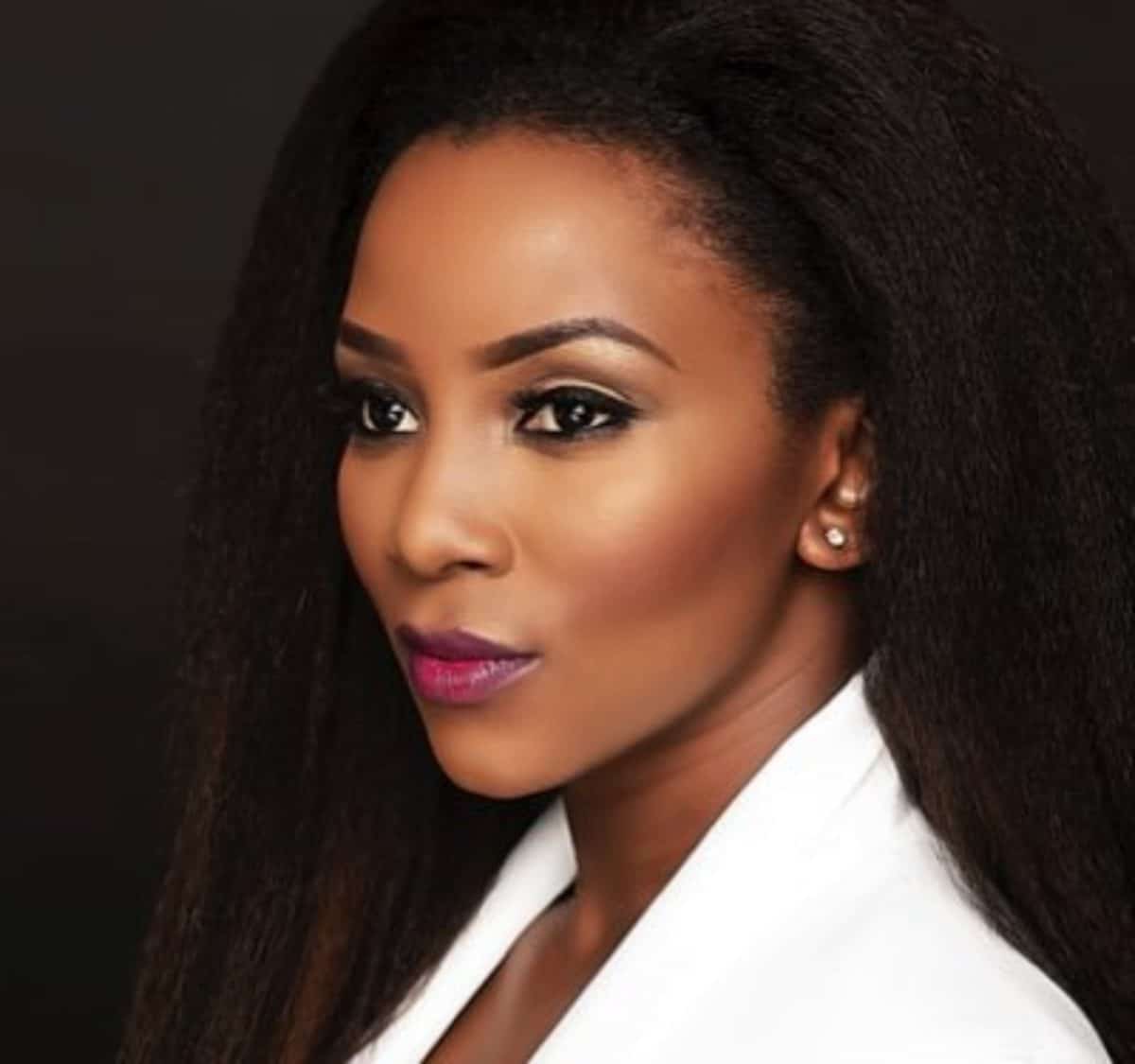 Genevieve Nnaji reacts as LionHeart gets nominated for Oscars

Pneumonia: I was condemned to die of cough, says 30yrs old Bauchi woman

Health-watch: Why men ought to be more concerned about their health! 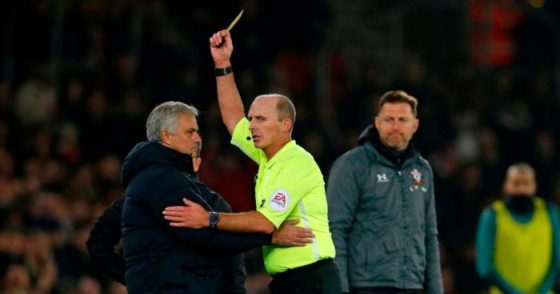 Mourinho on his booking: ‘I was rude with an idiot’