What is the benefit of belonging to an independent Nigeria? (2)

What is the benefit of belonging to an independent Nigeria? (2)

During preparations for the Ad Hoc Constitutional Review conference he slated for September 12 the same year the eastern region put forward the idea of a loose association of states with a wide degree of internal autonomy. On the other hand, the northern delegation drew attention to the differences between various ethnic nationalities and, like its eastern counterpart, proposed a very loose federation hardly distinguishable from a confederation. But after consultations, the northern group suddenly changed from the north’s usual position of insisting on a loose federation with a weak centre and called for a strong central government.

It is instructive to note that prominent Igbo leaders of the First Republic made a fundamental mistake, a serious miscalculation that, in my opinion, is at the root of the Igbo predicament today. For sure, they were the foremost advocates of One Nigeria even before independence, had put more effort towards its concrete realisation than members of any other ethnic group, and constantly championed its cause politically. Moreover, as Max Siollun correctly observed in his informative book, Oil, Politics and Violence: Nigeria’s Military Coup Culture (1966-1976), the Igbo “are exceptionally intelligent, innovative and resourceful, and they knew it.” Thus, Dr. Nnamdi Azikiwe in particular believed that because the Igbo had spread across the country more than any other ethnic nationality and achieved tremendous success envied by Nigerians from other ethnic groups due to their drive, innovative spirit and capacity to make something out of nothing anywhere, a unified Nigerian nation with a strong central government and in which benefits and responsibilities were shared based strictly on merit would be advantageous to Ndigbo.

The senseless pogroms against the Igbo in the north which began in May 1966 and brutal aftermath of the revenge coup two months later jolted the Igbo from their nationalistic illusions and compelled them to reassess their concept of One Nigeria. It dawned on them that a unitarist system, given the preponderant position of northerners in combatant infantry divisions of the army and northernisation policy introduced by Balewa would be disadvantageous to the Igbo.

However, by the time the Igbo made a volte-face by demanding a loose federation, the north had also shifted gears in support of a unitary arrangement, implying that the east and north were moving in opposite directions once again, only that this time the pendulum had swung in favour of the latter. It is within the backdrop of the tumultuous events of 1960 to 1967 that one can fully understand the genesis of the clamour for restructuring and the contradictory positions on it by the dominant northern power block and the south. As noted earlier, Nigeria experienced the most wholesome development as a sovereign country when mature federalism cloned from the British Westminster parliamentary model was in full operation, for it encouraged healthy competition among the regions and allowed political leaders such as Dr. Azikiwe, Chief Awolowo, and Sir Ahmadu Bello, despite their shortcomings, to mobilise resources in their areas for development without being tied unduly to the apron strings of a behemoth rent-seeking and rent-collecting federal government.

There is no doubt that northern military heads of state created states and local governments areas to ensure that more resources flowed from the south northwards, which is why the northern ruling elite is averse to a return to mature federalism characterised by greater political and fiscal autonomy of the geopolitical zones in the country. But then, the British laid the foundation for the lopsided federation Nigeria eventually became by lumping together non-Hausa and non-Fulani ethnic nationalities alongside the Hausa and Fulani as a single geopolitical unit occupying about four-fifths of Nigeria’s land mass. After independence, Balewa and his cohorts desperately wanted to ensure that demographic statistics matched the overwhelming landmass of northern Nigeria vis-à-vis the south. Consequently, he annulled results of the highly controversial 1963 census which revealed that the south was more populous than the north and ordered a reassessment of the figures. The verification exercise “discovered” additional eight million people in the north, meaning that the north had a larger population than the south. Needless to say, the censuses conducted thus far have tended to yield results that follow the same pattern.

The 1999 constitution came into effect when the civilian government led by Chief Olusegun Obasanjo took office. It further entrenched the unfair and unjust delineation of geopolitical power structures which favour northern Nigeria at the expense of the south. In the present arrangement, the north has more states and more local governments than the south, giving the region unassailable domination in institutions that determine the allocation of political power and economic resources, including the National Assembly. That is why, according to current estimates, northern Nigeria which contributes less than twenty percent of revenue to the national treasury receives over fifty percent of it. But the north’s parasitic economic dependence on the south did not start today. Sometime ago, Prof. B.I.C. Ijomah in his essay entitled “Open Letter to Prof. Ango Abdullahi,” demonstrated beyond any patina of doubt that, right from the beginning of British colonisation of the communities that later became Nigeria, the north has always been a financial and economic burden on the south.

To remove all doubt on this issue, it is necessary to quote the 1913 proclamation by Lord Harcourt, the British Secretary for the Colonies, justifying the amalgamation of northern and southern Nigeria: “We [the British colonial administrators] have released northern Nigeria from the leading strings of the [British] Treasury. The promising and well conducted youth is now on an allowance on his own and is about to effect an alliance with a southern lady of means. I have issued the special license and Sir Frederick Lugard will perform the ceremony. May the union be fruitful and the union constant.” It is clear that Nigeria was created to serve British colonial interests first, followed by those of the north, with southern interests coming a distant third. Judging by the origin of Nigeria and what has transpired since then, only unwise and historically blind individuals believe that Nigerian unity is sacrosanct and non-negotiable.

From the foregoing, the benefit of belonging to Nigeria can be disaggregated along ethno-religious lines, political affiliation, and socio-economic status. Clearly, Nigeria has been of immense benefit to Britain economically, especially as a cheap source of raw materials and consumer of British manufactured goods, which is the main reason for British colonisation anyway. Within Nigeria, members of the northern elite, including traditional rulers, have enjoyed tremendously from the Nigerian project. Over the years the political economy designed by northern leaders with the collaboration of myopic elements from the south enables them to appropriate for themselves the country’s wealth derived mostly from southern Nigeria. Sadly, despite northern domination of the country for so long, ordinary northerners are still the poorest and most wretched segment of the Nigerian population. Indolent emirs, military bigwigs, top civil servants, and businesspersons from the north are wicked: they created oasis of wealth for themselves and their families surrounded by deserts of extreme poverty and hopelessness.

For the downtrodden, especially the almajiris, belonging to Nigeria is not beneficial at all. The same pattern of extreme wealth in the midst of poverty is discernible in the south, except that majority of ordinary people there who are not shackled by archaic Islamic beliefs and practices are generally more educated and enterprising than their northern counterparts. The southern elite benefit from Nigeria largely by eating the crumbs that fell from the northern dominated Nigerian table. So, to the question posed as the title of this series, the answer depends on the group to which one belongs. It is fair to say that, for overwhelming majority of the people being a Nigerian is more of a burden or curse than a blessing.

Video: What is the worth of a Nigerian life?

Kaduna: The benefits of reforms

Zik is the trouble with Nigeria! (1)

Oba Adesoji Aderemi and the incivility that haunts Nigeria 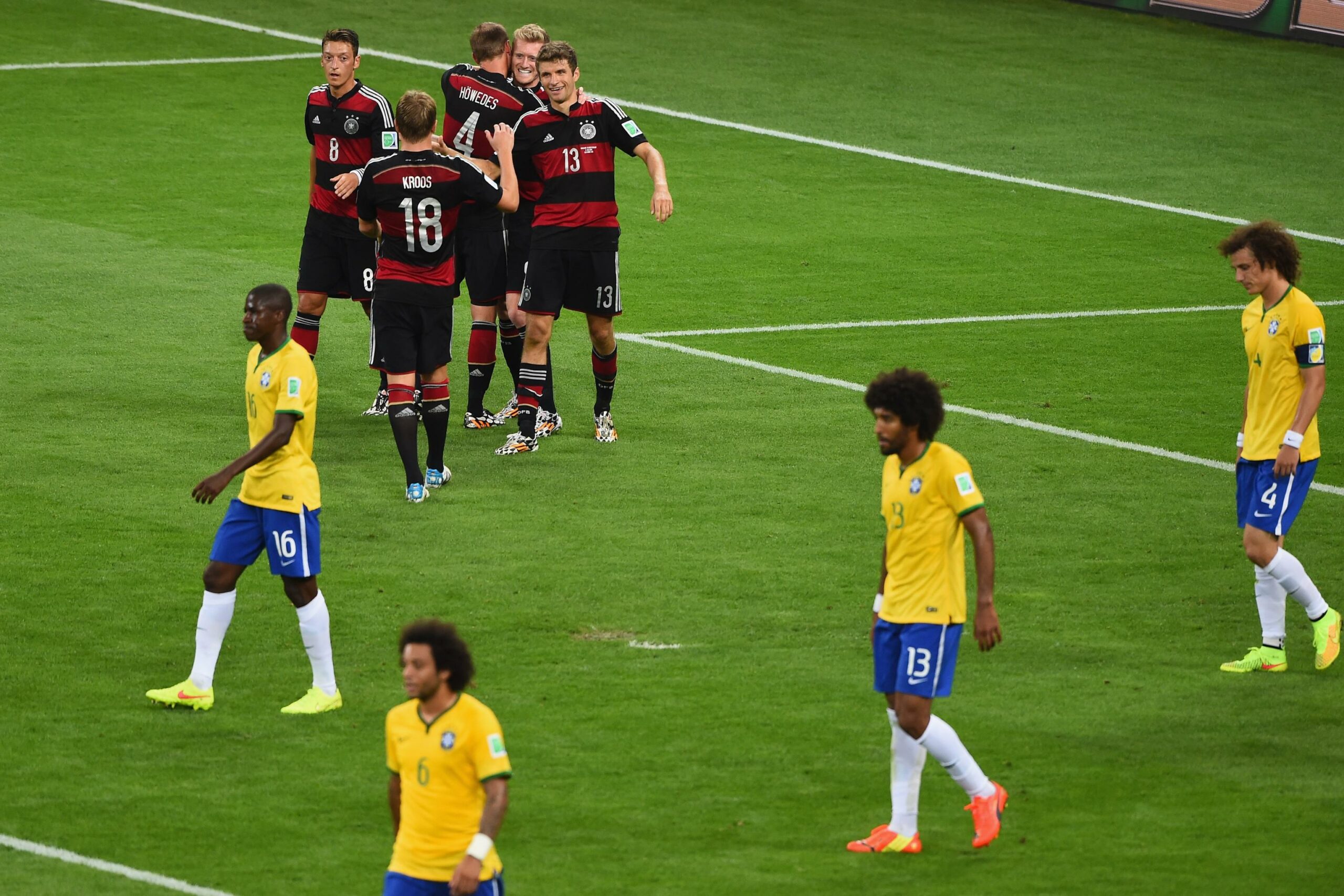 Coronavirus in Nigeria: 5 tips on what to do

Expressions of Grace in the Ministry of Jesus (2)