The Edo State Commissioner of Police, DanMallam Muhammed, has restated the State Police Command’s position that there was no attack on the person or residence of former Governor of the state and National Chairman of the All Progressives Congress (APC), Comrade Adams Oshiomhole.

Muhammed, who said this in a chat with journalists on Monday, debunked allegations of an attack on the former governor, warning troublemakers to steer clear of the state.

The Police Commissioner said the Police beefed up security around the Oshiomhole while his visit to the State lasted, during which no attack was recorded.

“To the best of my knowledge, no one had access to the house of the National Chairman. When he came into the State, we beefed up security around him, from his house to the Oba’s palace, from there to the airport before he left for Abuja.

“Let me use this medium to warn troublemakers that Edo State is very peaceful and calm. The State is the most peaceful in the South-South Region of Nigeria. We will do everything according to the law to ensure that the peace the people of Edo State enjoy is not truncated and any attempt by anyone to cause trouble in the State will be resisted with maximum force,” he noted.

A Chieftain of the APC in the state, Charles Idahosa, described the allegations as efforts by unscrupulous elements to heat up the polity so that evil elements can have their way.

According to him, “The State Commissioner of Police has come out to state categorically that there was no such attack on Oshiomhole. The state government has also denied knowledge of such an attack. But these people keep insisting that the former governor was attacked. They have brought in other actors to corroborate what never happened. That is the height of spreading fake news.

“It is obvious that they are concocting these attacks to get public sympathy. They should quit the charade. We want to warn them not to heat up the polity. The Edo State Government is led by a man who puts a premium on law and order, as can be seen in Governor Godwin Obaseki’s numerous reforms as well as other public engagements.”

Another chieftain, Dr Peter Ologun, said that it was regrettable that a National Chairman of the ruling party would resort to spreading fake news to draw sympathy to himself.

Insisting that it was instructive that the police have come out to debunk the allegation, he said, “We are very certain that the government has nothing to do with the supposed attack, which I am sure never happened.

“A man of Oshiomhole’s calibre shouldn’t be a party to such an act of calumny. Edo State remains a peaceful state, as the Commissioner of Police has stated in his criticism of the allegations. So, we caution against spreading fake news and misinformation to cause unwarranted tension.”

Mr Oteghe Adams, another stalwart of the APC, said the matter is a case of crying wolf where there is none, urging political actors to be circumspect when they angle for political relevance.

“The purported attack never happened. If such a thing had happened, there would at least be some video or pictorial evidence to show. The team spreading the fake news should know better,” he added. 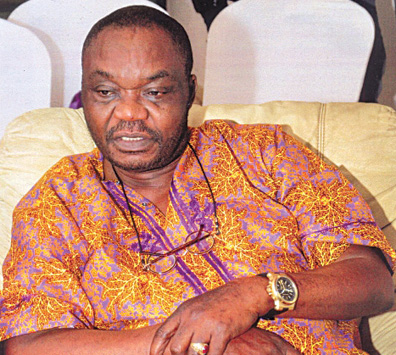