Netflix shares jump as subscribers grow ahead of competitors launch

Netflix shares jump as subscribers grow ahead of competitors launch

Netflix Inc (NFLX.O) added slightly more paying subscribers than Wall Street expected in the third quarter, a relief to investors who had worried the company might fall short just as Disney and Apple prepare to ramp up the streaming video wars.

The results for July through September represented a rebound from the previous quarter when Netflix lost U.S. streaming customers for the first time in eight years and missed targets for overseas subscribers. Shares of Netflix rose 9.2% in after-hours trading on Wednesday to $312.69.

That performance, combined with concerns about new competitors, had weighed on Netflix shares, which had fallen 21% from the last earnings report through regular trading on Wednesday.

For the third quarter, Netflix was boosted by new seasons of shows such as “Stranger Things” and “13 Reasons Why.” The company added 6.77 million paid customers around the globe, topping the nearly 6.7 million average expectation of analysts, according to IBES data from Refinitiv.

Netflix said it was on track to achieve full-year operating margins of 13% and was targeting another 300 basis point expansion in 2020.

“Netflix results were good enough that they assuaged concerns about price sensitivity and penetration levels in the domestic markets,” said Fitch director Patrice Cucinello. “A caveat is that competition hasn’t hit yet.”

The company projected it would pick up 7.6 million customers in the last three months of 2019. Analysts had expected a forecast of 9.4 million. The company will release a new installment of “The Crown” and Martin Scorsese film “The Irishman” during that time.

But it will face new competition starting in November from Disney+, a streaming service from Walt Disney Co (DIS.N) that will be stocked with movies and TV shows from Disney’s popular Marvel, “Star Wars,” animation and other properties.

Apple Inc (AAPL.O) also will debut a much smaller streaming video service with original programming in November. AT&T Inc’s (T.N) HBO Max and a new offering from Comcast Corp (CMCSA.O) are expected to enter the market next year.

Netflix argued that the new services would increase interest in the streaming video market broadly.

“In our view, the likely outcome from the launch of these new services will be to accelerate the shift from linear TV to on demand consumption of entertainment,” the company wrote in a letter to investors.

Netflix acknowledged, however, that it was still taking a hit from price increases earlier this year in the United States. “Retention has not yet fully returned on a sustained basis to pre-price-change levels, which has led to slower U.S. membership growth,” it said.

The most popular Netflix plan in the United States costs $13, nearly double the $7-per-month cost for Disney+. Apple TV+ will debut at $5 per month.

Netflix said its additional revenue would allow it to continue to invest “to further strengthen our value proposition.”

Total revenue rose to $5.25 billion from about $4 billion. Analysts on average had expected $5.52 billion.

The debt that Netflix has amassed has sparked concern among some investors. The company said in the earnings report that it expected free cash flow to improve in 2020 and annually beyond that. In the meantime, Netflix will continue to tap the high-yield market as needed, it said.

In the next earnings report, Netflix will begin disclosing revenue and membership by regions – Asia Pacific, Europe, the Middle East/Africa, Latin America and the United States, the company said. 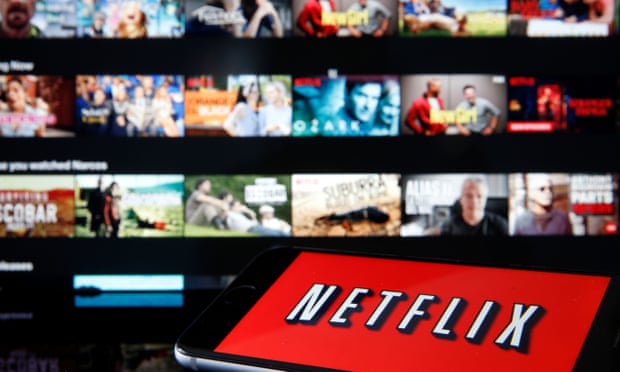 Netflix now worth more than ExxonMobil as value reaches $196bn

‘Complete collapse of economies’ ahead as Africa faces virus