Ado Ekiti-In a bid to make Ekiti rank among the best five states in the country in public examinations in 2020, Governor Kayode Fayemi, has tasked the teachers in the state to be focused and diligent.

Fayemi said the state was not comfortable with the the 12th position rating in the West African Examinations Council(WAEC) results in 2019, assuring that his government shall play complementary roles , by providing enabling environment in all public schools for teachers to deliver optimally

Fayemi spoke on Thursday while commissioning a block of  classroom built by the Universal Basic Education Board at the  Methodist Nursery/Primary School, Ikere Ekiti to mark the first year of his administration.

The Governor, represented by the Speaker of the Ekiti State House of Assembly,  Hon. Funminiyi Afuye,  stated that: “we are not comfortable with that 12th position. Education was on the bare ground in 2010 when we came for the first term. We lifted it to be one of the best before 2014.

“We renovated about 182 public schools and substantial improvement came before 2014 before  Ekiti went to sleep.  There is a new sheriff in town, that is Dr Kayode Fayemi and education will be back to its pride of place.

“If you look at the trajectory of Ekiti, education is our pride. Education is coming back and we will be one digit in ranking in external examinations in Nigeria, if not first”, he said.

Fayemi  said he has started taking concrete steps to turn around the education sector by erasing taxes and other anti-people policies that could reduce enrolment in schools.

“Ekiti was the least in enrolment in the southwest  when I resumed office in 2018, but the first step I took was to stop all levies in public schools and took other multi-pronged approaches like construction of additional school buildings and I also keyed into the federal government’s school feeding project and that have impacted positively  on education and our economy”.

Fayemi said his government will reintroduce agriculture , entrepreneurial education and sporting activities at  the primary  cadre of education in the state.

Aladejana revealed that the state government has paid a sum of  N4 billion as counterpart funds to UBEC to initiate education programmes that will launch Ekiti back to reckoning as academic hub of the nation.

This was just as the State Government mandated schools, ministries, departments and agencies to key into the state’s open defecation defecation free policy.

The government restated its commitment to banish open defecation before 2022,  by taking the  campaign to institutions of learning and public places.

The government stated that it has established a task force across all the State Ministries, Departments and Agencies of government and also spreading the campaign to schools on the need  to implement rules guiding Water Sanitation and Hygiene(WASH) to halt open defecation.

Speaking in Ado Ekiti on Thursday at an occasion marking the 2019 edition of WASH, the Commissioner for Public Utilities, Hon. Bamidele Faparusi called for a collaborative efforts among all stakeholders in order to achieve the year 2022 target of open defecation free state.

Faparusi said the present administration would step up efforts by paying dvocacy visits to local governments and market places, establish WASH committee accross MDAs and develop an action plan, as part of the strategies to achieve the target.

He said WASH  programme is an initiative of the World Health Organisation (WHO) targeted at promoting hygiene in the society, which he said Ekiti has keyed  into.

Faparusi, commended the State Universal Basic Education Board   for its  diligence, and proactive efforts at stemming the tide of open defecation across primary schools in the state.

Stressing the importance of handwashing and sanitation in the society,  the Commissioner explained that; “the programme is part of the advocacy and awareness exercise  aimed at protecting the state especially pupils from  primary schools across the state.

“Governor Kayode Fayemi is committed to the welfare of the people of the state and we are determined to continue to provide enabling environment that would enhance good health and hygiene.

“The WASH day was introduced by the global body, WHO in an attempt at addressing environmental issues such as global warming, pollution, open defecation, deforestation, famine among others, capable of having negative effects on human existence.

“The fight against open defecation  has become necessary,  in order to safeguard lives of human beings,  which is currently being threatened by human activities such as mineral exploration, deforestation, environmental pollution and technological advancement”, he said.

He equally tasked public institutions, organisations and bodies charged with the provision, treatment and distribution of water, to always ensure that they carry out effective monitoring of pipes conveying it to different homes, hospitals and industries, in order to ensure that only safe and clean water is provided for human consumption.

Meanwhile, the Ekiti State Head of Service,Mr.Ayodeji Ajayi , expressed the determination of the current administration under Fayemi, to deploy practical steps at ensuring that the state achieves its target of attaining the status of open defecation free state by the year 2022.

Speaking at the second meeting of Ekiti State task group on sanitation (STGS)and body of Permanent Secretaries in Ado Ekiti on Thursday, Ajayi observed that the nation at large was regressive in terms of basic hygiene principles as open defecation has become a topical issue in recent past.

Ayodeji who noted that government has no excuse whatsoever as basic hygiene facilities are practically not in place as expected thereby diminishing the humanity in our existence urged stakeholders to be an ambassador in this regard by taking the campaign against open defecation with the seriousness it deserves. 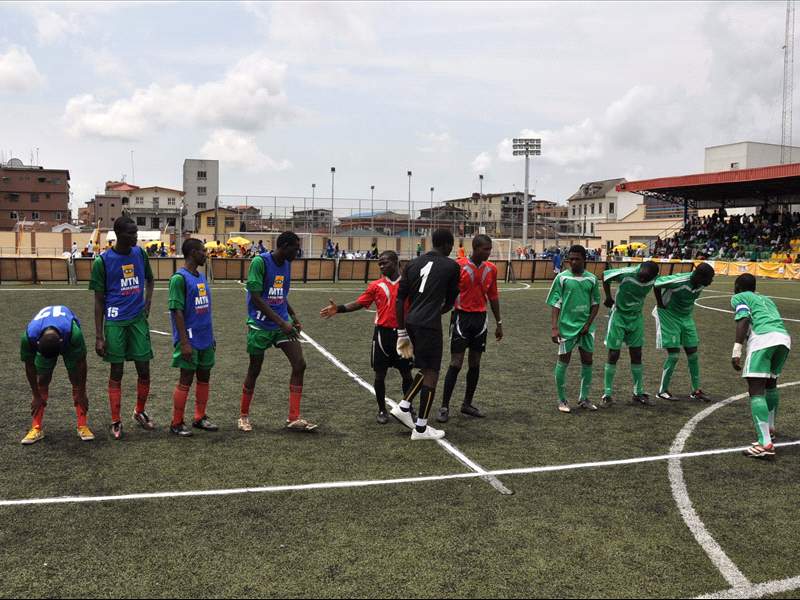 FG Urged To Include Sports In ‘Nigeria Agenda 2050’