Florida nanny Jailed for getting pregnant for 11 years old boy

Florida nanny Jailed for getting pregnant for 11 years old boy

A Florida nanny has been sentenced to 20 years in prison for sexually abusing an 11-year-old boy, later giving birth to his child.

Marissa Mowry, 28, was handed the sentence on Wednesday after admitting sexual battery over the 2014 sex attacks. They saw her rape the boy at least 15 times over several months.

Mowry, of Hillsborough County in Florida, later gave birth to a son. Her victim – who Metro US has chosen not to name – is now 17 years-old and trying his best to raise the five-year-old child with his family’s help.

Speaking after Mowry’s sentencing, her victim’s mother Nadean Campbell told the Tampa Bay Times: ‘We’re talking about a child that was 11. Not even a teenager. Eleven.’

‘I thought of her almost as a second daughter.’

Campbell also expressed incredulity at Mowry’s excuse that the youngster was mature beyond his years.

She said: ‘To think of my son as more than a child?

The victim’s mother spoke to the Tampa Bay Times and said that Mowry’s actions changed her son’s life. She says that her son, still a student himself, takes his son to school in the morning before going to high school. He plays with the boy in the backyard after school. 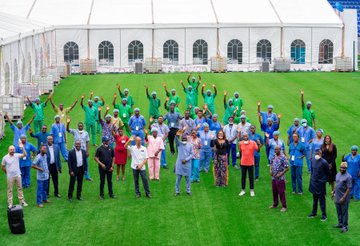 We went as far as Britain, waited for 43 years in search of children, says husband of 68-year-old mother of twins

Police arrest man for defiling, raping 19-year-old daughter since she was 11