TOTAL BORDER CLOSURE: Mainstay of the nation has been shut down – Nweze, economist

TOTAL BORDER CLOSURE: Mainstay of the nation has been shut down – Nweze, economist

Dr. Austin Nweze is a Faculty Member at the Lagos Business School, LBS, and Head, Centre for Applied Economics, Pan African University. In this interview, Nweze, who holds a PhD in Managerial Economics and Entrepreneurship, analyses the closure of Nigeria’s borders from the economic and political strands, declaring that the policy would strangulate the economy and impoverish Nigerians.

Can we know the economic implications of the total closure of borders?

If you listened to the excuse they gave for the total closure of the borders, you will discover that they were all flimsy. It is beyond the claims of trying to checkmate smuggling. When they closed the borders, they gave us the excuse, claiming that so many goods were coming in but it is not a tenable excuse. What we are seeing is military fiat. They didn’t consider the economic implications and other impacts the action would have.

Nigeria constitutes about 79 percent of the West African economy in the sense that most of the things being consumed by West African countries are manufactured in Nigeria. Smaller countries like Togo and Benin Republic wait for the Nigerian budget to be passed to know what is banned and what is not. The Lebanese and Indians move in through that axis and ship their goods to those countries after which they send them to Nigeria.

But the Comptroller General of Customs, Hameed Ali, said the action was taken to protect the economy.

The excuse given by the Comptroller General of Customs for the closure of the borders is a lame excuse because if they know the economics of it, they wouldn’t have done that. When a nation wants to close its borders, it does not do so abruptly.

It needs to give time so that manufacturers would create alternatives. Did they shut down the airspace? It is just the land borders that were closed. There are about 1, 000 entry points into Nigeria from different countries. Most of them are in the northern part of the country. If they are closing the borders for either security or economic reasons, they should close all the borders in the country.

Why would they shut down the borders in the South-West which is the mainstay of the nation? The Customs are saying that they have made so much money as a result of the closure of the borders. Where is the data to support their claim? Let them show us the data. Was the Customs Service set up to make money? The reason for creating Customs is not to make money.

It is to protect local industries but they are not protecting local industries. People who used to export goods can no longer do so while those bringing in goods can no longer do so. Nigeria is a consumer nation but it is not economically independent. We are an interdependent nation. A bag of rice has risen to more than N20,000 from N15, 000 it sold for before the borders were closed.

Inflation is high and smuggling is high. They cannot say that smuggling no longer happens. Instead of staying at the borders to prevent smuggling, the Customs are on the streets harassing people. The closure is not achieving any result and it shows that people are not thinking right. There must be something behind all these, not just the reasons they gave. By March 2020, the real reason for closing the borders would be known. The impacts would be negative. Inflation will rise because of cost-push inflation. We would also have demand push inflation because people would demand for the goods that are not there. We do not even have the domestic capacity to fill the gap.

In 1981, when Ronald Reagan became the President of the United States, he wanted to reduce car importation to protect the American car industry against Japanese carmakers. He gave the Americans a specified time when they would stop importing cars from Japan into America. The Americans went into joint ventures to produce cars like Lexus, Saturn and other brands. It is about economic planning.

I don’t know what they think, but it is obvious they are not thinking right. The policy is not just right. You don’t just shut down without alternatives. They are not even protecting the local industries. For that to be done, infrastructure should be built for them. For instance, the Federal Government is supposed to invest in rice-producing areas like Ebonyi to enable them to cultivate more and build their capacities.

That would make them respond to domestic demands. That is how economics works. Until you can satisfy domestic demand, you would not be able to export. It is different when you are building the manufacturing sector for export only. The implication is huge. The per capita income and purchasing power of the citizens are being eroded. People cannot afford to buy many things with the little money they have. Amid all these, people are being asked to pay tax.

Value Added Tax, VAT, is even going up, contributing to the hardship people are going through. Everything is connected. This policy has affected other areas. What happens to the exchange rate?

You said the real reasons for the closure would be known in March 2020. How?

The impacts we are going to feel may be like what we felt during the civil war when food policy existed. There was hunger in the land. This is supposed to be an opportunity for Nigeria but herdsmen are not even allowing local farmers to go to farm.

The herders are harassing and killing people. In Ebonyi, for instance, people are afraid to go to their farms in some communities because herdsmen have taken over everywhere. The state government is trying to solve the problem. In the next six months, we would begin to see the harsh implications. When policies are made and if they are sustained for six months, the impacts would begin to unfold.

What should the government do to fill the gaps?

They should immediately release funds to states that are into agriculture like Ebonyi. Yam, rice, cassava, among other produce, are cultivated in commercial quantities in the state. Such states can produce raw materials for our industries. Rice, which is one of the foods produced in large quantities the state, has a huge value chain. For instance, it can be used to generate electricity to serve Ebonyi and neighbouring states. Enterprises can be built around the value chain.

The absence of a political will is a major challenge here and states are not allowed to express themselves. The Federal Government is stopping them from doing so many things. They have to go to Abuja to beg before things get done.

This hampers development in the states and that is what restructuring seeks to address. There can’t be political restructuring without economic restructuring. The two go hand-in-hand. Imagine what is happening at Apapa Port. An unwritten policy made in 1970 after the civil war kept Apapa Port in its present state. Government felt that other ports should not be allowed to work. If an importer ships his goods to Lagos, it is cheap.

If the person ships outside Lagos, it is expensive. That is an unwritten policy. For instance, if one is flying from Enugu to Dubai, he pays more than if he is flying from Abuja or Lagos. Kano is even the cheaper. They are not telling anyone not to fly from anywhere but you pay more depending on where you are flying from.

The businessman would try to cut costs by flying from where it is cheaper. That is why most of the goods are shipped to Lagos while other ports are not developed. The unwritten policies are responsible for most of the problems we are having. I watched a documentary on Lagos by the United Nations Industrial Development Organisation, UNIDO, in 2003 and it said that Lagos was going to sink by 2027 if nothing was done to renew the city and move the population to the countryside.

China closed its borders for decades and experienced economic growth and stability. What makes you think the Federal Government is not copying the Chinese model?

Those saying that should find out how long it took China to close the borders. They should also find out the arrangement the Chinese made. What alternatives did they create for their people? What happened in China can’t be compared to what is happening in Nigeria now.

What we have in Nigeria now is economic strangulation. In 1978, China had a cultural revolution and decided that they would consume what they produce. They began to produce for consumption and limited importation. Companies began to go to China.

They also improved their education system which helped them to be more innovative. Foreign companies rushed to China because of their human capital and they began to produce their products there.

Mercedes Benz and Volvo among other car manufacturing companies went to set up shops in China because of cheap labour and the scientific knowledge they have. There was a reversed kind of engineering. China began to learn from those people and started to produce Chinese cars. That is why they are the highest users of fuel in the world. Let Nigeria do what China did and stop giving us lame excuses for closing the borders.

Some people think the situation deserves the attention of the Economic Advisory Council, ECA. What do you think?

They can come up with the best economic ideas but the political side is needed. Prof Charles Soludo among others came up with the best ideas on how to decentralize Nigeria’s economy but what happened? Didn’t we have the Economic Recovery and Growth Plan, ERGP? I told them that it was a beautiful idea that will not work.

Coronavirus: Umahi declares Saturday as deadline to shut down borders 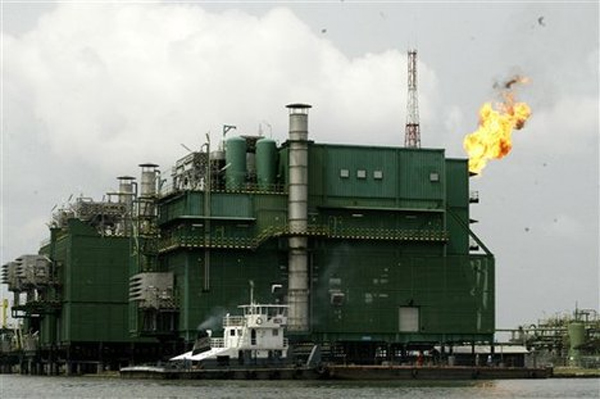