To most Nigerians,words like “thrombosis” or “Venous thromboembolist (VTE)” are not everyday words they will like to bother with. It’s not also a health condition anyone will reckon with in this environment. But this is a silent killer, a condition that kills within minutes when it strikes. That was the discovery of prominent entrainment writer, Azuka Oguijiuba last year when VTE etched its way into her life and memory.

A frequent traveller, Oguijiuba had landed safely in London after one of her numerous trips when she collapsed. It was the beginning of a traumatic experience in which she escaped death just by the whiskers.  Narrating her experience on Instagram, she recalled how she travelled to Loss Angeles in the US for three days, got back, hopped into the next flight to Dubai, spent some days in Dubai and then zoomed off to the UK.

“Two days after l arrived in the UK, I passed out in the (toilet and) I was revived. I went to the bathroom to have my bath, I passed out again and this time around my friend insisted on calling the ambulance. Before the conversation was over, we heard the ambulance siren blasting in the neighbourhood. I was asked if l can walk to the ambulance? I said I can but before l could take two steps, I passed out again but this time when I was revived.  I found myself strapped to the stretcher with all kinds of wires on my body and the nurses struggling to keep me alive and at the same time chatting with me.”

She ended up at The Queen Elizabeth hospital where she spent seven gruelling days battling to stay alive. She survived, becoming one of the very few Nigerians to develop VTE and live to tell the story. Indeed, as she was informed later, the story would have been different if she had developed the condition in Nigeria. Most victims of VTE in this country don’t live to tell the story. That was the fate of music star Goldie Harvey who died shortly after returning from the 55th Grammy Awards in 2013.  It was the same story for Stephen Keshi, former captain and coach of the senior national football team. He died suddenly in 2016 after complaining of leg pain which was initially managed with a massage at home. Keshi was certified dead by the time he got to the hospital which was just a 20-minute drive from his home.

According to Prof. Sulaimon Akanmu, a professor of Haematology and Blood Transfusion at the College of Medicine, University of Lagos, statistics on the status of VTE in Nigeria were obtained from autopsy reports. VTE is diagnosed here mostly after death, during autopsy. Everything about it is shrouded in ignorance both on the part of healthcare personnel and the public.

Just what manner of health condition is thrombosis?

At a briefing conference organized by multinational Pharmaceutical company, Sanofi in collaboration with the Nigerian Society of Haematology and Blood Transfusion (NSHBT) to mark the 2019 World Thrombosis Day, Prof. Akanmu, also a Consultant at The Lagos University Teaching Hospital (LUTH) described the condition as a deadly condition caused by the formation of potentially deadly clots (i.e blood that has turned into solid form) within the blood vessel.

According to him, when the blood clot forms in the vein, referred to as “Deep Vein Thrombosis” (DVT), part or whole of the clot can detach and travel in the circulation to lodge in the lungs, causing a condition referred to as pulmonary embolism (PE).  Both DVT and PE are collectively referred to as “Venous Thromboembolism” (VTE).  The haematologist told Good Health Weekly that VTE, kills mostly before specialised medical intervention is obtained.  And such intervention is not obtainable in most health institutions across the country.

VTE is deadly anywhere in the world. It is  reported to be responsible for more  than the total number of deaths from AIDS, breast cancer, prostate cancer and traffic accidents combined.

However, while most advanced countries try to reduce the devastating impact through the provision of effective emergency care and hospital care backed with high-tech diagnosis, facilities in Nigeria’s health care delivery system remain too weak to adequately address VTE.

Experts say VTE has remained a health problem in Nigeria for years and is still affecting more people, defying age, sex or class. Akanmu said up to 50 percent of patients on admission in Nigerian hospitals may develop the condition.  He cited a research study in 32 countries showing that 50 percent of patients in surgical wards and 30 percent in medical wards had thrombosis risk. A similar study conducted in 14 African countries, including Nigeria  revealed the same result.

People who travel long distances by air are also  at risk of VTE.

“This occurs especially in individuals who already have inherited or genetic predisposition of thrombosis.”

According to Akanmu:  the environment in the economy class makes this happen, especially the environment up in the sky. Generally in the sky, the pressure there is completely different from  on the surface and this makes us, while in the sky, to lose more fluids. People become more dehydrated, which is what we call Low Blood Viscosity, which means resistance to flow, the flow of blood becomes more sluggish and the sluggishness predisposes to thrombosis.

“The location where the thrombus occurs is at the back of the knee so, nearly 90 to 95 per cent of air travellers in economy class would have thrombosis at the knee because it is constricted.

“This, however, does not affect passengers in first class and business class because there is space and room for walking exercise,’’ he said.  But thrombosis, in spite of its very deadly nature, needs not kill. Prof. Akanmu said death can be prevented if  patients in hospitals are evaluated for thrombosis risk and if found to be at risk, given appropriate prophylaxis.

Fortunately, a pharmaceutical company has stepped in to change the sad story of thrombosis in Nigeria. The General Manager Sanofi Nigeria-Ghana, Pharm. Folake Odediran disclosed at the press briefing that the company has embarked on a massive awareness campaign to address VTE challenge as part of the company’s community social responsibility.

She said the process had been integrated into the company’s business strategy to better meet patients’ needs. The company, she further said, is focusing on capacity building and partnership with health care associations to drive awareness on VTE.  Currently, she further said, Sanofi  is launching its ‘VTE Safe Zone programme’ in major health institutions across the country to help improve the care of hospitalized patients and reduce their risk of a VTE.

“The programme is focused on educational programmes for doctor’s pharmacists and nurses, development of VTE risk assessment tools and setting up of institutional thrombosis committees. This project has been successfully implemented in UCH Ibadan and is in the pilot phases in UNTH Enugu, UBTH Benin and AKTH, Kano.

“We have also partnered with healthcare associations like the Nigerian Society of Heamatology and blood transfusion to disseminate the first ever VTE guidelines to guide healthcare practitioners on management and prevention of VTE.” Odediran, said. 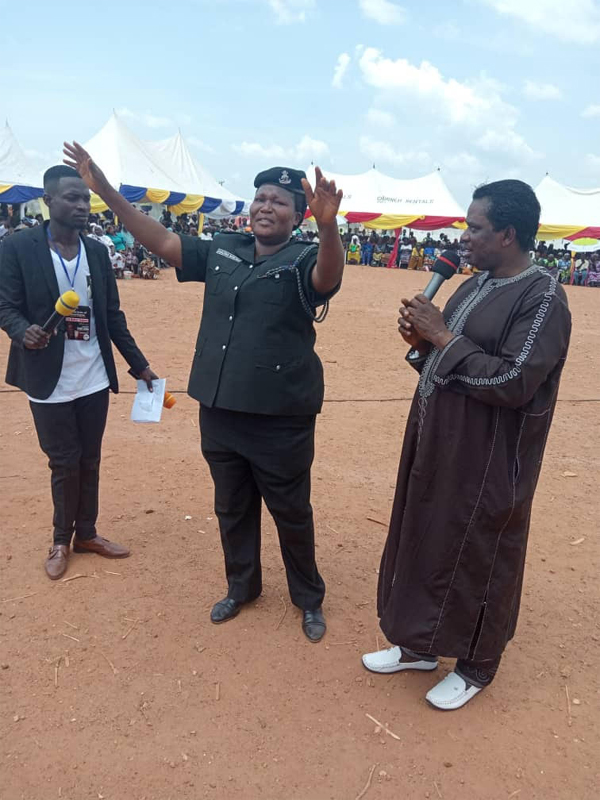 The Silent Spreaders of COVID-19: People without symptoms