Lagos State Chapter of the Nigerian Medical Association has called for full implementation of the Mental Health Act in the state as part of activities to stem the tide of suicide.

Speaking during the Association’s 2019 Physician’s Week in Lagos, with the theme: “Care of the Unknown Patient: An Overview” the Lagos NMA Chairman,Dr Saliu Oseni said even medical doctors have become highly vulnerable to suicide due to stressful conditions associated with medical profession.

Speaking on the sub-theme: “Curbing increasing trend of suicide in Nigeria”, he said suicide has become among the top 10 causes of death in every country and one of the three killers of youths between the ages of 15 and 34 years.

He said attempted suicide was 20 times as common as completed suicide.“It is predicted that 153 million people will die of suicide meaning one in every 20 deaths. The incidence in Nigeria is about 10 per 100,000. Depression, alcohol abuse, antisocial behaviour, mental illness, sexual and physical abuse, poor peer relationship, family discord, broken homes, family history are all predominant risk factors.”

He concluded that the NMA will monitor the implementation of the mental act passed into law in Lagos as it will go a long way in helping to curb the menace.

Stating that even doctors are facing increasing suicide cases, he said the association was also creating awareness among its members.

“While the need to create policies around early medical attention to victims of suicide attempts would help also help in reducing the incidence of completed suicide.

He said they are encouraging doctors to sub-specialize in psychiatry to improve the ratio of doctors to the population will go a long way to improve skilled care to patients.

Speaking on the main theme of the week, Oseni urged the Federal Government to come up with a policy that will include the care of unknown patients into the National Health Insurance Scheme. NHIS.

In his lecture, the Chairman, Medical Advisory Committee, CMAC, Lagos State University Teaching Hospital, LASUTH, Ibrahim Mustapha called for the upgrade of the country’s biometric system with a view to reducing the incidence of unknown patients.

He added that unknown patients posed a diagnostic and management challenge to treating physicians and staff, saying that retrieving data of such patients from a system would ensure patient safety.

“If you have fingerprints of everyone, you can easily pull a patient’s data out, once that is done, unknown patients becomes zero,” he said.

He added that government at all levels should evolve policies to identify the gravity of the problem toward formulating workable solutions to deliver accessible healthcare to citizens.

“There is the need for the government to develop central helpline facility and increase the number of mobile emergency clinics to ensure prompt service to unknown citizens.”

Represented  by the Medical Director, Federal Medical Centre Ebute Metta, Dr Dada Daramola, at the event, the minister of state for health, Senator Olorunnimbe Mamora, Minister of State for Health, said the theme of the conference was a reminder to devote more human and financial resources to saving lives and giving hope to Nigerians in needs of medical care.

Strive to preserve your mental health during lockdown — Sheikh 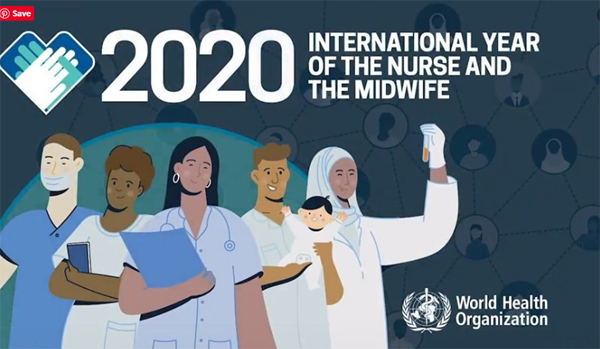