Committed to supporting mums and babies in African villages, Mamas In Need foundation, a UK-based charity founded by Nina Kalu,  is  focused on addressing issues and challenges, women face during pregnancy and childbirth in rural villages in Africa.  All donations  from the concert will go towards building a new maternity centre in Abiriba, Abia State, Nigeria.

In a chat with Saturday Vanguard, Nina said the new centre will be highly beneficial to those in the region.   “According to research, thousands of women die each year during childbirth due to lack of equipment.

Majority of these happen in the villages, because they are neglected by the government and society.  Building and equipping the maternity centre will actually benefit a whole lot of people in that region.  We chose to focus on villages because we all know that villages in Africa are mostly neglected. Mamas In Need is here to bridge the gap and supply these women with basic equipments, which would save lives to reduce the infant/maternal deaths in Africa.”

Since charity, they say, begins at home, Nina intends to begin with and make a positive impact in the village where her parents are from. “I’m   an African woman from a small village called Abiriba in Abia State. Whenever I visit I see that the women there lack the basic needs in life.  We are starting with Abia state, but the mission is to work across the whole of Africa. It’s a huge one, but we believe that it is achievable, we just need a lot of support from individuals and corporate bodies. If we can all play a little role, it will make a huge difference in the lives of these women.”

Nina also expressed her excitement about the guest artistes expected at the event. “Paul Lee sang at Meghan Markle and Prince Harry’s wedding. He was a lead singer at that wedding and we are very happy to have him sing for us. We are also excited about the Royal Opera House singer, as well as other performing artistes.” she enthused.

The night will feature a charity auction, food and drinks sales, as well as special performances from Hui Hanada, Joshua Lee, Richelle Anim,   Reuben Hall, Onysha Collins, among other artistes.   A graduate of business and marketing,  Nina, a mum of four, is also the founder of Mamas Hub – a unique online shop launched in the UK in 2017 for mums and babies.

Do we really need elections in Nigeria? 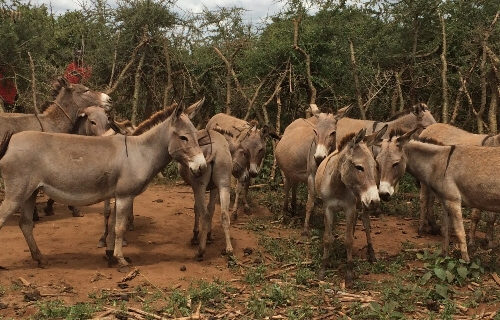 We need N12bn to develop solid minerals in Nasarawa – Commissioner