Lionel Messi made a successful return to international football as Argentina gained a measure of revenge on Brazil for this summer’s Copa America semi-final defeat with a 1-0 win in Riyadh.

The 32-year-old was banned for three months by CONMEBOL after criticising the South American governing body, both after the semi-final loss and a third-place play-off win over Chile in which he was sent off following an altercation with Gary Medel.

However, the Barcelona forward made a triumphant return as he scored the only goal of the game in an international friendly in Saudi Arabia.

Gabriel Jesus hit a tame effort straight at goalkeeper Esteban Andrada after seven minutes, but moments later earned a penalty when he was fouled by Leandro Paredes in the area. The Manchester City striker took the spot-kick, only to fire wide from 12 yards in the 10th minute.

Two minutes later Argentina were awarded a penalty of their own when Messi was tripped by Alex Sandro. Liverpool goalkeeper Alisson Becker saved Messi’s spot-kick, but the Barcelona forward was left with a simple task to tap in the rebound.

Good work by Willian on the left flank created a chance for Lucas Paqueta, but he dragged his shot wide.

Messi could have doubled his tally a minute before half-time when he burst clear of the Brazil defence, but Alisson stood firm to save his low effort.

Jesus and Willian both failed to work Andrada as Brazil sought an equaliser after the break, while at the other end Messi’s 66th-minute free kick had to be tipped over by Alisson.

Lautaro Martinez and Nicolas Otamendi both wasted late chances to make the game safe for Argentina, who play Uruguay in Israel on Monday, a day before Brazil face South Korea in Abu Dhabi. 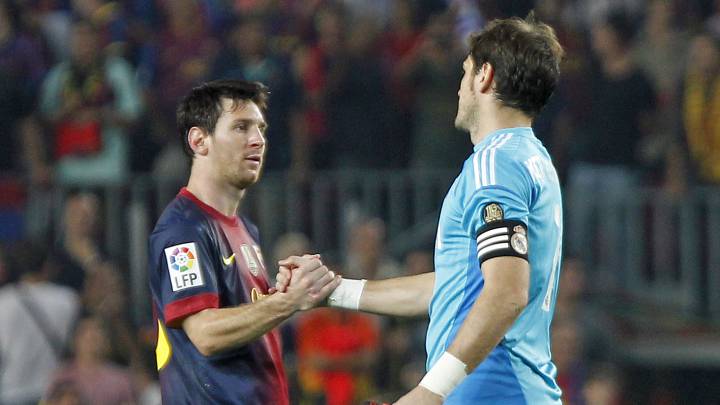 Our agreement with FG in 2013 was already binding then — Azura

Why the North is in a mess ― Matawalle