Give to the needy

Give to the needy

Brethren as we move close to the end of the year, our prayer is that we end this year rejoicing.    We all   wish to celebrate the Christmas and New Year joyfully.  By the grace of God when it is time for celebration, we shall not be six feet below in the name of Jesus.  We shall be alive to give thanks to the Almighty God.

Very soon hampers will be flowing from companies and individuals to friends and loved ones.  Some corporate organisations send out gifts not necessarily because they made so much profit but in order to sustain relationship.

In the same manner, as Christians we are expected to show love to fellow human beings at all times. In other words, giving is an act that God appreciates.

In this respect, I’m not referring to tithes and offerings in the church but our expression of love to fellow human beings.

I mean people that could be classified as poor, needy or helpless.   They could be orphans, widows, children in orphanage homes etc.

Generally in our society, the rich throw very expensive parties for their friends who are socially in the same bracket but leave out the poor.

What does the Holy Bible say about out attitude to the poor?  Proverbs 17 vs. 5  KJV “ Whoso mocketh the poor reproachet his Maker: and he that is glad at   calamities shall not be unpunished”.

The book of Proverbs chapter 19 tells us a lot about the poor. Verse 4 “ Wealth maketh many friends; but the poor is separated from his neighbour”.

We are advised in verse 17 of the same chapter, “ He that hath pity upon the poor lendeth unto the LORD; and that which  he hath given  will he pay again”.

Let’s remind one another of the word of God as it concerns tithes. Malachi 3 vs. 10-11 is  our point of reference. It states: “ Bring ye all the tithes into the storehouse, that there may be meat in mine house, and prove me now  herewith, said the LORD of hosts, if I will not open you the windows of heaven, and pour you out a blessing, that there shall not be room enough to receive it.  And I will rebuke the devourer for your sakes, and he shall not destroy the fruits of your ground; neither  shall your vine cast her fruit before the time in the field, saith the LORD of hosts”.

Since we expect devourers to keep away from our seeds or fruits because we pay tithes, in the same way, we should realize that he “ that hath pity upon the poor lendeth unto the LORD”.

A lender in most cases expects the borrower to repay his debt with some interest.  In the same vein, when we give to the poor, God is pleased with us and will surely reward with blessings.

A couple waiting on the Lord for children need to consider giving to the poor especially children in orphanage.  This is because, by doing so, you are providing for those children and God will meet your own needs too.

If you have never thought of it, begin to consider doing so. No gift is too small but the one that costs you something is preferable.

The book of proverbs 28 vs 27 “ He that giveth unto the poor shall not lack: but he that hideth his eyes shall have many a curse”.

What is that thing that you lack? What is that issue in your life that is making you feel unfulfilled?

Brethren, you have prayed in the course of the year, you have fasted; yet the miracle is yet to manifest.  Take a decision to sow into the life of the poor. When you sow into the lives of the poor, you are showing mercy and God Almighty will show you mercy in a greater dimension in the name of Jesus.

Acts of Apostles 10 tells us the story of a man called Cornelius.   We’ll consider verses, 1-4 “ There was a certain man in Caesarea called Cornelius, a centurion, of the band called the Italian band.  A devout man, and one that feared God with all his house, which gave much alms to the people and prayed to God always.

He saw in a vision evidently, about the ninth hour of the day, an angel of God  coming in to him,  and saying unto him, Cornelius. And when he looked on him, he was afraid, and said, What is it, Lord? And he said unto  him, Thy prayers and thine alms are come up for a memorial before God”.

From this story, we read that Cornelius gave alms.  Alms are for the poor. Note what the angel said to him “ thy prayers and thine alms are come up for a memorial before God”.

The angel didn’t say, prayers alone neither did he say, thy  prayers and fasting.   His mention of the word “alms’ shows that God considers, alms giving one of our duties as Christians.

This should also make us realize that God takes serious note of alms giving. As Christians we all know that when we give in secret, our Lord rewards us openly.

Brethren, we should give serious thought to giving to the poor, widows and the needy generally at this time of the year.    Do it and await a pleasant surprise.

Let’s not assume that only the rich can give.   No.  You too can give to the poor.   Take a decision to deny yourself something in order to give to the poor at this time of the year.

Let’s lift up our faith with a few testimonies.  The testimonies are culled from Redemption Testimonies a publication of the Redeemed Christian Church of God  (RCCG).

“ A baby after IVF money was used for Church rent”.  The lady wrote, “ I got married in 2009 and since then, we had waited on the Lord for the fruit of the womb.  My husband and I visited the Open Heavens Gallery during the August 2015 convention and we both prayed for the fruit of the womb.  Before then, we were saving money in order to go for IVF in December 2015, but the church rent was due at that time and my husband being the Pastor in charge, said we should use the money for the church project and that halted the IVF procedure we wanted to go for. To the glory of God, I took in by January 2016 and in October 2016; God gave us a baby girl. Hallelujah!

Brethren did you see what giving has done?  You may say, he gave to the church. By this singular act of this Pastor and his wife, the poor and the rich had a place to worship.  He met the need of the church and God met his need.

You also need to meet someone’s need and the Lord will meet your needs.

Open Heavens Gallery is located at the Redemption camp and is open to all believers.  It is like a tourist site but the anointing of God is heavy in there.

A token sum is paid to gain access but it is worth it.  Several people who visited have testimonies.

Do not forget that there is no need we have that God cannot meet.

Have you been looking for a job, a life partner, promotion, healing, indebtedness, sluggish business, whatever it is, our God is able.

God has the capacity to meet all our needs.  We only need to live by his words.

While God appreciates giving, he appreciates more the cheerful giver and not a grumbling giver. Give cheerfully and God will give your blessings in return.

As you step our this week, the Lord will grant you special favour in Jesus name. 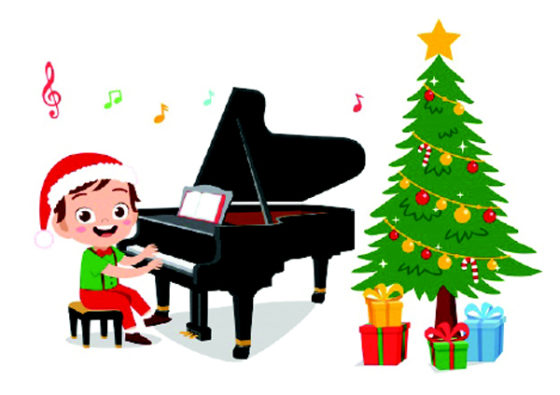 Catholic Bishop charges Nigerians on kindness, assistance to the needy

Preparing for hope for the needy (1)

Preparing for hope for the needy (2)

PawPaw gives back to the society through foundation