The race to Edo State 2020 governorship election got messier as the residence of a chieftain of the All Progressives Congress (APC), Hon Isaac Osahon was attacked by suspected hoodlums he alleged were sent by the chairman of APC in Ovia North East, Mr Etiosa Ighodaro and that the attackers were led by one Matthew Ekhibiorobo.

The incident led to the destruction of vehicles and properties in the resident of the Osahon who represented Ovia federal constituency in the House of Representatives from 2011 to 2015.

This attack is coming barely a month when a similar incident happened in Ivbiaro, Owan East local government area where a planned meeting of some APC members was disrupted, properties were destroyed and some persons sustained serious injuries.

Osahon said he was holding a meeting inside his compound when the suspected thugs invaded his residence shooting and even engaged policemen guarding the compound in a gun dwell just as he said that Ighodaro had earlier called him and threatened to unleash thugs on him if he conveyed any meeting anywhere in the state.

Narrating the incident, he said “I saw Mathew Ekhibiorobo with my naked eyes, he led the thugs to my personal residence with a sienna car, look at the floor littered with pellets.

“They invaded my house, destroyed some vehicles and carted away valuables such as money, phones and the likes. The attackers are loyal to the state government, we don’t belong to the same side”

Some persons that attended the meeting like Rt. Hon Bright Osayande described the incident as barbaric and a pitiable situation where residents could no longer hold a meeting without undue invasion.

He alleged that the attacked could not be far from the current crisis rocking APC in the state.

He appealed to the police to swing into action and fish out the culprits of the act in order to bring them to justice.

But when contacted yesterday, Ighodaro denied the allegation saying he has not spoken to Osahon since the beginning of this year.

He said “I don’t know anything about it, I don’t know whether he was holding any meeting, if he has issues with people, he should sort it out and don’t drag me into it. I am the chairman of Ovia North East and not Egor where his residence is where he is claiming was attacked. He should call the service providers to investigate when and where I called him. I have passed through many things in the hands of these people and I don’t know why he is dragging me into it.

Efforts to reach the police spokesman, DSP Chidi Nwabuzor was not successful as he did not pick repeated calls but Osahon said a formal report has been lodged with the police. 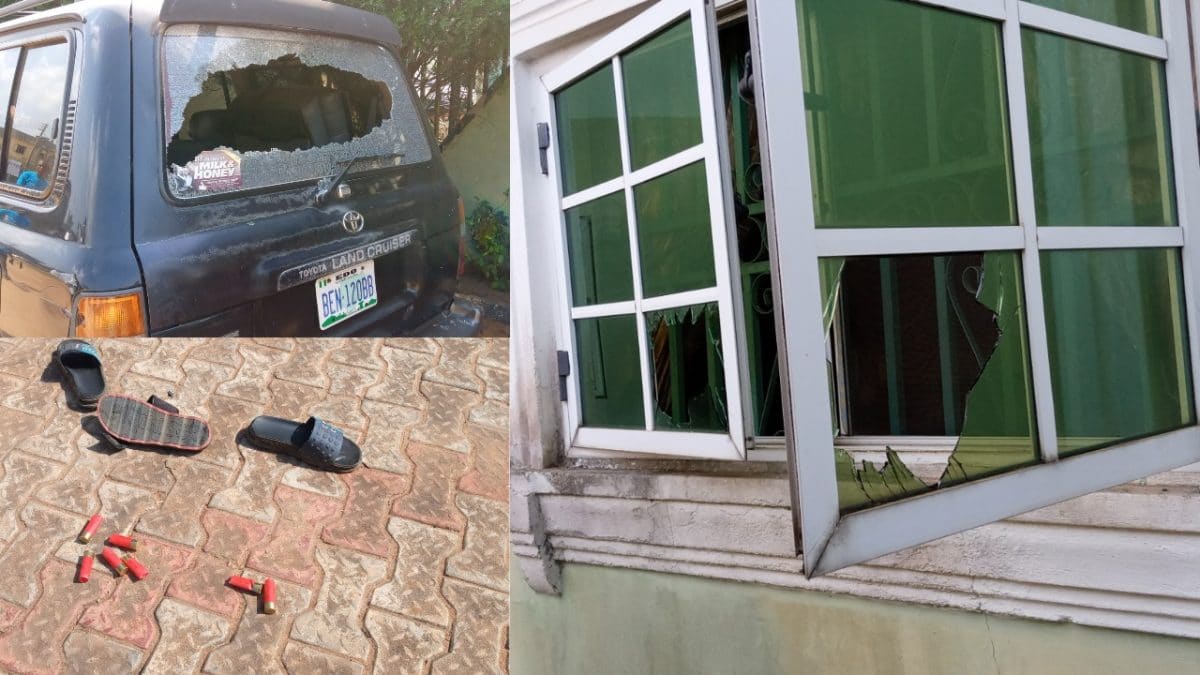 Edo: Why some APC chieftains want Obaseki out – Gen Airhavbere