AT present the Nigeria Customs Service is run by the comptroller-general who oversees the work of six deputy comptroller generals in the following departments: Corporate Support Services; Tariff and Trade; Enforcement, Investigation, and Inspection; Modernization, Research and Economic Relations; Excise, Industrial Incentives and Free Trade Zone; and Human Resource Development.

Even if the President gave such a directive to Colonel Hameed Alli, to execute, we all know how he is extremely close to the President for he is among the untouchables around now, the circular did not say so and there is nothing negative in the circular saying so. I am aware that the untouchables in Nigeria of today get away with anything and nothing will happen to them.

A pronouncement in the circular that Colonel Hameed Alli was carrying out the directive of the President could have given the circular more weight. We are discussing about the powers of the Comptroller-General of the Nigeria Customs.

The sale of petroleum products is still under the NNPC and no law has taken that responsibility from the NNPC. According to the Nigerian constitution, all minerals, gas, and oil the country possesses are legally the property of the Nigerian federal government. The Nigerian National Petroleum Corporation, NNPC, is the oil corporation through which the Federal Government of Nigeria regulates and participates in the country’s petroleum industry.

I am equally not undermining the success of Colonel Hameed Alli. Since he became the comptroller-general of Customs, for example, the Nigeria Customs Service, NCS, has generated about N1.002 trillion from January to September. The service recorded the highest revenue of N123.6 billion in July, followed by N118.6 billion in May.

The law relating to Customs agents is contained in the Customs and Excise Management Act, CEMA, Cap 45, Laws of the Federation of Nigeria, 2004 and the Customs and Excise Agents (Licensing) Regulations 1968 (Legal Notice 95/1968 as amended). Nowhere did I come across the power of the comptroller-general to execute the November 6 circular.

By virtue of delegated authority, the comptroller-general is authorized to issue guidelines and prescribe internal instructions to Customs personnel in accordance with the governments’ rules and regulations as they affect the statutory functions of the Customs Service.

Executive usurpation of powers because one is close to the President is very dangerous. An enlightened and civilized society is guided by rules and regulations. 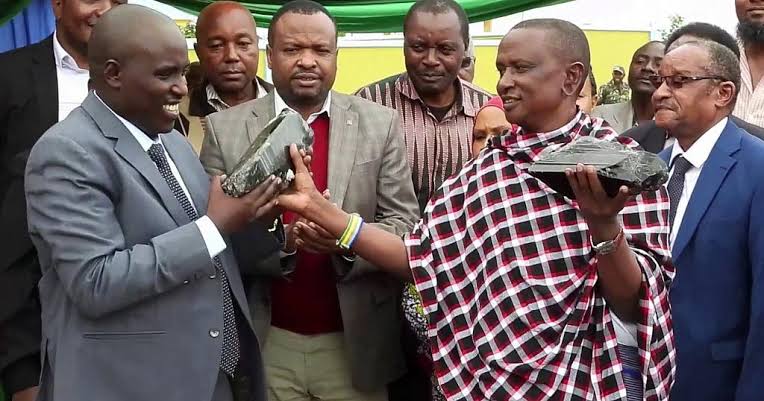 Miner hits big with rare gem selling for US $2 million

Despite Challenges, PMB Has Fulfilled His Campaign Promises – Moghalu