We gather today to pay tribute to an icon of Lagos State. We converge to honour a man of integrity who made history as the first military administrator, and later, governor of our beloved state. We bid an officer and a gentleman farewell. We celebrate a servant-leader, an incorruptible elder-statesman who refused to use the corridor of power as an avenue for private accumulation.

We salute a gallant officer who did not compromise the ethics of military professionalism and an epitome of discipline who left good legacies in public service. We mourn no doubt. But, more importantly, we rejoice over the evergreen landmarks of the pioneer administrator who, at its formative stage, made the Centre of Excellence a reference point.

We recall the courage, the firmness and wisdom of decision-making, the sense of accommodation of stakeholders, the extra-ordinary emotional intelligence in power, the foresight, creativity, and the calmness of a benevolent soldier-administrator in moments of crisis.

In the twilight of his life, the first military governor deliberately kept a low profile. He shunned controversy, unlike some of his peers who revel in highly partisan inflammatory statements. He quietly offered constructive advice to successive administration in Lagos without playing to the gallery. He was a man of courage and this made him a man of peace.

Brigadier-General Mobolaji Olufunso Johnson laid a durable foundation, which his successors, both military and civilians, have continued to build upon in the city-state of Lagos.

His hard work, discipline and sense of purpose were legendary.

As attested to by his Commander-in-Chief, Gen. Yakubu Gowon, Johnson’s “courage and success in the military and later, in governance and business have been remarkable and brought him the admiration we have for him. He was one of the finest officers that have worked with me and I am proud of the achievements that we together recorded for Lagos State.”

The youths of today have many virtues to learn from Pa Johnson. He had embraced soldiering as a career, taking after his father, who fought in the Second World War. Little did he guess that he would be catapulted to the corridor of power.

At 31, Johnson was appointed as military governor of Lagos State by Gen. Gowon on May 31, 1967. As a pioneer, the then youthful and promising Lieutenant-Colonel Johnson had no predecessor to emulate.

As he reflected in his memoirs, he had to start with “a clean sheet” as there was no manual or past record of state governance to refer to. Yet, since he did not plan to fail, he did not fail to plan. The greatest assets of a given society are its human resources. It was a credit to his administration that as its head, he made people the central focus and indeed, the cornerstone of his administration.

Traditionally, military governors were deployed to fledging states to rule by force. But, the young governor was not indifferent to the consciousness, complexity and sophistication of heterogeneous Lagos. Where others might have used a heavy hand, Pa Johnson employed tact and wisdom for governance in a challenging terrain.

Governor Johnson promoted the culture of inclusiveness through his wide and painstaking consultations with eminent Lagos elders and traditional rulers. That approach to governance is still relevant till today, particularly under the democratic setting.

A democratic government cannot be aloof. Neither can it achieve desired success through alienation of critical stakeholders. Not only must the government carry people along in its people-oriented activities, it must seek the benefit of a robust feedback from the very people who are the intended beneficiaries of meaningful programmes.

The civil service is critical to an effective and efficient administration. Hence, the governor did not make a false start. He went out for the best technocrats who he attracted from the Federal Civil Service, Western State Civil Service and universities. These pioneer civil servants, particularly the four musketeers, -Acting Secretary to Government A.E. Howson-Wright, Acting Financial Secretary Mr. F.C.O. Coker, Legal Secretary M.I.O. Agoro and Principal Secretary J.O. Adeyemi-Bero- left indelible marks in the Lagos State Civil Service.

With an initial grant of £10,000 pounds and N400,000 inherited as balance in the account of Ikeja Treasury Cash Office of the defunct Western Region, Governor Johnson embarked on value engineering. He was a prudent spender who frowned on wastage and graft. Remarkably, the administration created a Coat of Arms for the new state. It also designed the ‘yellow, blue, red, green and white colours.’

Following the inauguration of the State Executive Council, the government hit the ground running. Lagos has been blessed with men of vision right from the onset. Within one year, and despite the glaring financial constraints, the administration established five Government Colleges in Lagos State, a housing estate, and an industrial estate.

Johnson’s watchword was integrity. He opposed financial indiscipline and recklessness. He shunned bribery and corruption. Again, in his memoir, he stated thus: “My stand against financial impropriety was clear to all that were around me. No one ever dared to approach me with any intent of bribery because they knew of my financial astuteness. Furthermore, I did not take lightly any case of financial impropriety that came to my notice.”

Johnson established a Central Tenders Board to deliberate on contract awards. He also showed example through the diligent use of estacode by giving a full account of how the money he received was used and returning the remainder to the government’s coffers.

Government under his able leadership fought the infrastructure battle. The governor constructed the Lagos-Badagry Expressway. He named the expressway ‘Route Achievement’ and placed huge signboards at the beginning and at the end of the highway, which read: ‘Route Achievement-57km of Nigeria’s first ultra modern highway built with the Lagos State taxpayers’ money. Pay your tax, more can be achieved.’

To check skyrocketing house rent in Lagos, the governor came up with an edict, stipulating categories of houses and rents to be collected by landlords. The move alleviated the suffering of tenants from oppressive landlords. He worked well for the benefit of the people. But he was not immune to the inherent instability of military rule.

Just as Johnson’s promotions were fast in the Army, his retirement was also sudden. Following the military coup of 1975, the curtains were drawn on his military career. He had not reached his potentials when he was abruptly retired.

Although he was given two weeks to leave the Government House, this man of discipline, public service and selflessness moved out within three days. After spending over eight years in government, reality dawned on him that he had no private residence. But, he took solace in the life of principle and contentment he had adopted, and the belief that a good name was better than unearned wealth.

These qualities were apparently attested to by the Assets Declaration Panel set up by former military Head of State Gen. Murtala Mohammed. It found 10 governors guilty. Johnson was not among them. His administration had been honest and clean.

As reflected in his autobiography: “It was later in the news that Brigadier Oluwole Rotimi and I were mentioned as the two that were proclaimed as “not guilty.” My father was still alive at that time, and he told me how proud he was of me.”

What should the present generation learn from the deceased Lagos patriot?

Thus, today, we bid farewell to a man with such a name and who lived with such integrity. For this, he shall always be remembered. 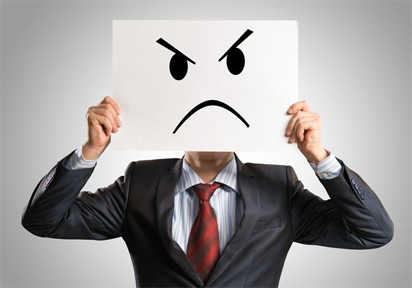 Loanspot: An Online Platform for Educating Nigerians on Loans and Credit launches

About closure of Inter-State Borders: An administrative explanation

FACT CHECK: Coronavirus is not an airborne disease – WHO

EPL: I am an ambitious player – Harry Kane ready to quit Tottenham